I'll Be Home for Christmas...

It’s been three weeks since I’ve posted here, which seems like an eternity. Work issues and other issues jumped up (nothing bad—just real life) and taken over for a bit. In a week or two, I’m moving in to a new position as the Chair of my local environmental commission, for instance. I’m going to be teaching a new class (completely new—never run before by anyone) class in January, which means creating new materials. And it’s the holidays, and while I have really wanted to not have my face buried in work and other things 24/7, it’s just not the case. I’m hoping things will calm down in the next week and we’ll go back to normal in January. That said, it’s a tradition to post 10 suggestions for the 1001 Movies list each Christmas, so here we go… 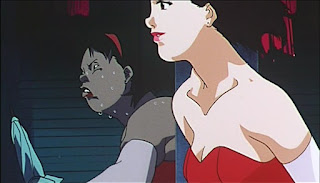 Black Swan was a strong enough addition to The List that it was placed on the cover—in fact, it’s on the cover of the copy I have. It would make sense, then, to place the film that strongly influenced it in the book as well. There are shot-for-shot similarities between the two films, and while there are significant story differences, thematically, the two are very close. The List is historically unwilling to put animation up for scrutiny, which is a shame because it so frequently belongs in the conversation. Perfect Blue, for all of the issues it might have, is one that should be here and should be talked about. 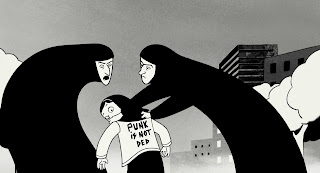 Speaking of animation that deserves to be talked about, I’m not sure how I haven’t talked about Persepolis yet. This seems like a film that is tailor-made to be on The List, animated or not. A young girl struggles with the oppression of a changing Iran and the institution of religious systems that curtail her freedoms. How is this not something that belongs on The List? And why did it take me this long to put it on myself? The List-makers need to unclench and start looking outside of their normal box. This is aggravating and joyous and worth seeing by everyone, which is exactly what The List should be about. 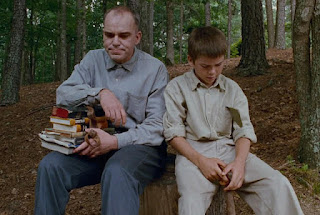 Say what you will about Billy Bob Thornton, when the man is given a role (or writes one himself) that he can really sink his teeth into, he gets results. There’s a lot about Sling Blade that feels pretty standard, like we know where it’s going to go, but Thornton is absolutely compelling in the lead role, and he is ably supported all the way around. It’s also one of those roles that seems perfectly tailored to the star—I can’t think of anyone else who would fit in that role nearly as well. It’s not a perfect film, but Thornton is near-perfect in it, and that says something. It's good enough that, for a bit, people thought Thornton was mentally challenged rather than just talented. 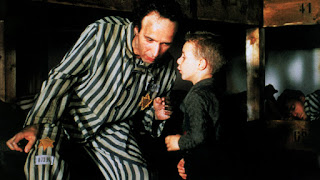 Truth be told, Life is Beautiful is the sort of misery parfait that I don’t enjoy watching. It is, though, an absolutely fascinating idea for a film. Having a father (Robert Benigni) create an elaborate myth for his son while undergoing the terrors of the Shoah is almost too strange and transgressive to have been turned into an actual movie, and yet here we are. That it was also critically acclaimed and (for its time) beloved is even more exceptional. It’s not a film I want to watch again, but I think it is a film that everyone should see once. 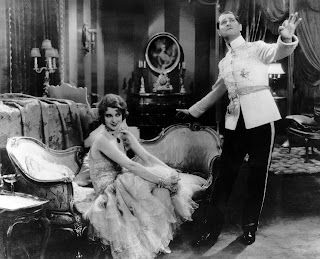 A bog-standard Maurice Chevalier musical from the dawn of the talkie era seems like an odd choice for me. The Love Parade is not the sort of film that will surprise anyone with its plot or plot complications, but it does have some notable firsts. It’s the film debut of Jeanette MacDonald, for starters, as well as Ernst Lubitsch’s first talkie. More importantly, though, this is the first musical where the characters sang their feelings to each other, with the songs being a part of the actual plot rather than just part of a show going on around the characters. It’s also a lot of fun and a great reminder that Lupino Lane should be a household name. At least watch the "Let's Be Common" number on YouTube and see what I mean--the man was a genius comedy dancer. 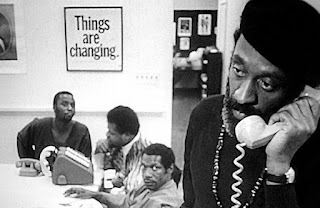 In a field of very strong contenders, Putney Swope might well be the most transgressive film of its generation. The sole Black executive of an advertising company is put in charge by accident, and he makes sweeping changes to the way the company is run, which includes firing all of the white board members but one. Putney Swope is aggressive, unapologetic, mocking, and makes sport of not just crossing the line, but pissing on it as it crosses. It is an equal opportunity offensive-giving film, sparing no one and proud to be so. Is it a great film? Maybe not, but it is an important one and it’s one everyone should see. 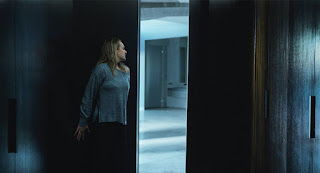 I had some real hopes for the Universal Dark Universe, but when The Mummy rightfully tanked, those hopes were pretty much shattered. A complete revamping was needed—films that were maybe a little more arthouse-friendly and thoughtful rather than action films. Enter The Invisible Man, a film that very much belongs as the flagship for a complete reimagining of the classic Universal monsters. It’s very smart, touches on many of the ideas of the original story, and still manages to be very modern. It feels at home now and has themes and ideas that feel relevant. That’s an accomplishment, and it should be recognized.

Swallow is a wonderful addition to what I’ve been calling “Good for her!” films (and there’s a bit of that in The Invisible Man as well). On the surface, this is the story of a newlywed woman dealing with pica, the eating disorder in which the sufferer feels compelled to eat non-food items like dirt or stones. But that’s really just the surface. Pull back the top layer and Swallow is about control and about agency, and about the loss of the same and being both adrift in one’s life and simultaneously locked in to a pre-determined path. It’s upsetting in all the best ways. 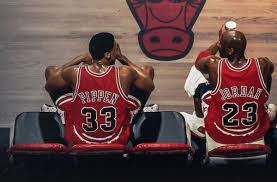 A ten-part miniseries isn’t a typical choice for this, but it’s not unprecedented for The List (see The Decalogue), but this is one hell of a good documentary. It certainly doesn’t hurt that 25 years ago, I was a huge basketball fan, and specifically as a default Chicagoan, a huge Bulls fan. Reliving these years and seeing what went on behind the scenes is fascinating—the clash of personalities, the fighting, and naturally the triumphs as well. The biggest oversight is that the documentary managed to ignore the very real (and physically large) presence of Luc Longley for virtually the entire run time. Still, watching those games again is a hell of a rush. 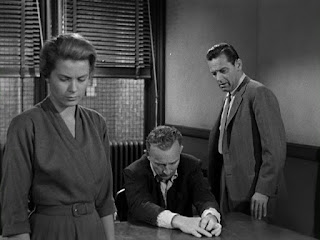 I am an absolute sucker for people playing against type in a movie. Watching someone who always plays the hero being the bad guy instead is such a rush for me. So it’s not a surprise that I genuinely liked The Country Girl, which features Bing Crosby as an alcoholic, suicidal, faded actor. Crosby is always likable on screen and usually compelling, and to see him slide into a role that is both fragile and abusive is fascinating and devastating at the same time. It’s a knockout role for Grace Kelly and William Holden’s not bad in it, either. All in all, it’s the sort of darkness with a glimmer of light that I seem to most enjoy.

Posted by SJHoneywell at 5:36 PM