A Drop of Dandelion Wine 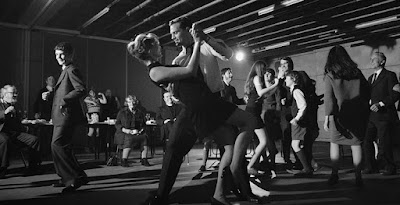 Before the release of Belfast, Kenneth Branagh had a very odd relationship with the Oscars. He had been nominated five times, all in different categories but had never won. Finally, with three nominations for Belfast, he finally got a win. I like Branagh in general, and I tend to like a lot of what he does. His Hamlet is pretty great and I’m still of the opinion that his Henry V is the best one available. I think he should have won for that, for director at the very least.

Belfast is a story about growing up in Northern Ireland during “The Troubles,” the euphemistic name of the internecine war between Protestants and Catholics. Buddy (Jude Hill) is eight or nine and appears to very much be a stand-in for Branagh at this age. Buddy is vaguely aware that there are problems—hard to be ignorant of them completely when there are riots and house fires on his street. His family is Protestant, as are most in the area, and most of the people in the street don’t seem to care that much that some of their neighbors are Catholic. But, of course, religion remains a great divider, and those who want the Catholics to leave are starting to get violet.

Buddy’s father (Jamie Dornan) works in England and comes home on some weekends. Much of Buddy’s education at home comes from his grandparents, Granny (Judi Dench) and Pop (Ciaran Hinds), but it’s Ma (Caitriona Balfe) who seems to be the moral center of the family. Buddy tries his best to have what could be deemed a normal childhood, but much of what is happening around him is confusing for adults, let alone a child. Just as Ma is her family’s moral center, Buddy’s cousin Moira (Lara McDonnell) is the chaotic angel on Buddy’s shoulder, recruiting him to steal from the local shop and to eventually join in on looting.

There is a great deal of Belfast that reminds me of Ray Bradbury’s Dandelion Wine. Bradbury’s book, a roughly autobiographical story of a summer when he was about 10 in Waukegan, Illinois, is a story about coming of age and of dealing with loss. Bradbury’s main character, his avatar Douglas Spaulding, loses loved ones, friends, and the notion that he will live forever across the length of a summer. Belfast is like that. Buddy, trying to do nothing more than merely be a kid, loses a great deal of his innocence.

I won’t spoil the film, but I am certain that there are those who will interpret the film as being more about gain (at least in the end) than it is about loss, but I would disagree with that. Belfast is very much about not the loss of physical things, but the loss of childhood and the loss of simplicity and clarity. Buddy grows up, and can no longer live in the simple world he once did.

This is a coming-of-age picture, but it’s one that is vastly different from the norm. Coming-of-age movies about girls tend to be about sex. For boys, they tend to be about mortality. Belfast is not really about either of these things, but about growing up. Buddy’s world gets far more confusing over the course of the film. The things that made sense to him no longer do, and whatever innocence he might have had going in starts to die with the first Molotov cocktail and continues to wane as The Troubles continue.

Branagh mad some interesting choices with this film, not the least of which is filming it in lustrous black-and-white. This feels like the right choice for the film. I wouldn’t have really noticed if it were in color, but the black-and-white cinematography enhances the grey realities of the story and the world that the characters live in.

Belfast is a very personal story. It feels like Branagh wants to display his childhood on the screen, a sort of darker version of Radio Days, where the past is less viewed through rose-colored glasses and more blood-tinted ones.

This feels very much like Branagh is back to the kinds of films he should be making. Branagh, for as much as I enjoyed his roles in the Harry Potter franchise, and for as entertaining as his Hercule Poirot movies are, should be doing a lot more meaningful work. His Shakespearean works are some of the best going. Belfast feels like a return to that in a sense, at least in terms of it being something that has more meaning.

It's also worth noting that the performances are good all the way through. Both Judi Dench and Ciaran Hinds were nominated for Supporting Oscars, and both are solid nominations. I’ll be very interested to see where Jude Hill goes from here. Even if he decides not to pursue this as a career, he’ll have made a solid impact with this film.

Why to watch Belfast: Branagh doing what he should be doing.
Why not to watch: It might be too wistful for some.