May wasn't my best month personally. If you're wondering how long I would survive in a zombie apocalypse, it's two years and two months. I say this because last month, I got COVID. As predicted, I was killed by my family; my daughter came home from college with it. Get vaccinated if you're not--it wasn't nearly as bad as it could have been. I took eight movies off the list in May. Three of those I reviewed fully--Antlers, Ghostbusters: Afterlife, and Swan Song (the Udo Kier version). The other five are the ones listed below. 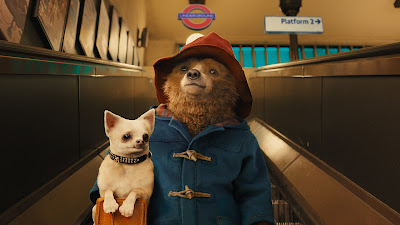 Holy shit, but this was cute as hell. All Paddington asks is that you accept the conceit of a race of intelligent bears living in Peru and you’ve bought in exactly as much as you need to. Our eponymous hero is one of those bears (voiced by Ben Whishaw), who has travelled to London to find the explorer who first located his family and then prevented them from being exploited. He’s taken in by a family (most especially Sally Hawkins and a fussy Hugh Bonneville), but soon discovers that the explorer’s daughter want to make him an exhibit in her taxidermy museum. It’s clearly a family movie, and a rare one that is just as entertaining for adults and also refuses to talk down to anyone. It’s a shame family films aren’t taken seriously, because this one should be. 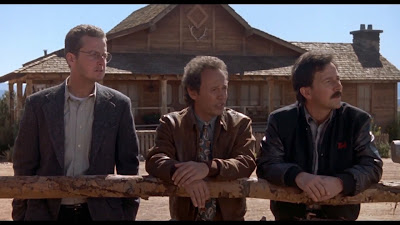 City Slickers was probably the biggest hole in my viewing history (although, honestly, it’s still probably Home Alone) until now. It wasn’t specifically that I was avoiding it; I just never got around to it. Ad guy Mitch (Billy Crystal) is in a rut. His childhood friends Ed (Bruno Kirby) and Phil (Daniel Stern) take him on a two-week ranch trip where they drive cattle from New Mexico to Colorado. Involved in this is the terrifying Curly (Jack Palance), who serves as a foil for Mitch. The three discover a great deal about themselves along the way, of course, as you would expect. It’s rather sweet, and it holds up surprisingly well after 30 years. 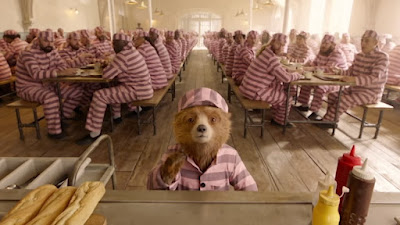 The word on Paddington 2 is that it was one of the best movies of its year, a potentially ridiculous thing to say given what was released that year. Virtually all of the same cast has returned from the first film, which has Paddington looking to make money to buy his Aunt Lucy a present for her 100th birthday. But there’s a snag when his chosen gift is stolen and he’s framed for it, thanks to the talent of fallen actor Phoenix Buchanan (Hugh Grant). Ridiculously cute and sweeter than a marmalade sandwich. All it really needed was a little more Sally Hawkins, but isn’t that honestly true of just about everything? Bluntly, this is the movie Wes Anderson wishes he’d made. 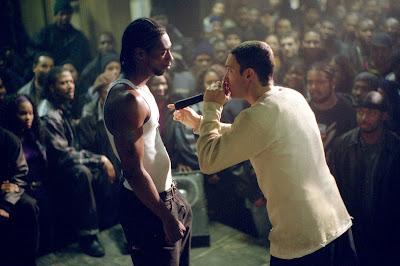 I’m not a huge rap fan—it’s not that I’m too white for it but that my musical tastes were solidified by the time rap and hip hop became mainstream. That said, I like a lot of movies that focus on rap (Straight Outta Compton is a premier example). The biggest surprise in 8 Mile is that Eminem can actually act. The story is one that is perhaps too expected in terms of where it goes. While the final 15-20 minutes are great cinema, there aren’t a lot of surprises. Doesn’t matter, though, because the whole thing works, and it really is one of the great film endings of the current millennium. 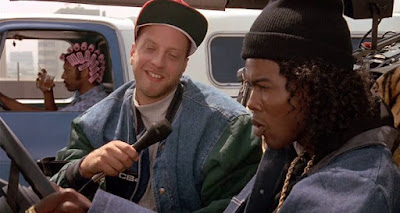 Like I just said, I tend to like movies that focus on rap for whatever reason. CB4 is a mockumentary about an NWA-like rap group of the same name (it stands for “Cell Block 4”). Essentially, a trio of friends want to be rappers, and needing a gimmick, they adopt the identity of a local drug dealer while he is in prison. Hilarity ensues. While there’s a lot this does right, it leaves a lot of things hanging. A more serious issue is the lack of songs—it’s basically the same NWA-style “Straight Outta Locash” over and over again. It also can’t decide if CB4 (Chris Rock, Allen Payne, and Deezer D) want to be NWA or 2 Live Crew. A broader parody song selection would have really helped it a lot.

Posted by SJHoneywell at 2:09 PM

Email ThisBlogThis!Share to TwitterShare to FacebookShare to Pinterest
Labels: 8 Mile, CB4, City Slickers, Paddington, Paddington 2, What I’ve Caught Up With