While this blot has shifted in general away from the 1001 Movies list, that list is still at the heart of what I’ve done here. It’s still something I try to complete every year and still something that I think is important to this blog. For that reason, I think it’s worth considering another 10 movies that belong on the list and have never been there. Presented in no order are 10 movies I think belong here. 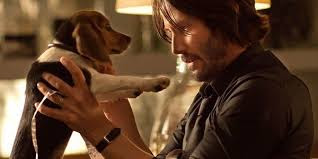 1. John Wick (2014)
We seem to have reached peak action movie in the last half decade or so. With Mad Max: Fury Road, The Raid: Redemption, and Dredd, we’ve got movies that near action movie perfection. I’d add the John Wick movies to this list, particularly the first one. The set up here is essentially that someone kills Keanu Reeves’s dog and he spends the rest of the movie Thanosing the Russian mob, almost exclusively by headshots. John Wick is so much an action movie that it’s almost a parody of action movies. But it’s great, and while I’m not surprised that The List undervalues this genre, I really wish it didn’t. 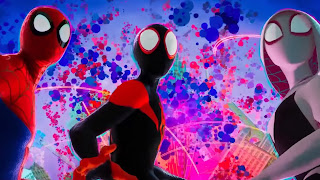 2. Spider-man: Into the Spider-Verse (2018)
I have complained in the past about how underrepresented the superhero genre is on The List. The same is true with animated movies. Two steps could have been taken for the price of one by adding what is often considered the best superhero movie of the decade. In fact, it seems that only The List’s bias against animated movies is what has prevented it from being added. I can’t think of another reason. It’s not only a fantastic superhero film, it’s also a groundbreaking film in the way it tells the story. This is exactly the sort of thing that The List is supposed to want to highlight, and time and time again it fails to. 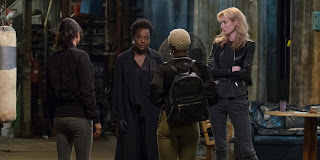 3. Widows (2018)
Another place The List seems to fall short is in movies that feature women in leading roles or woman-driven films in general. Like it or not, there are significant holes in The List in this regard in just about every genre. That’s true in the action/thriller genre as well, and the recent release of Widows highlights this. This is a really impressive heist movie with nice twists and good action moments. It’s also got a great cast. And it also seemed to have been overlooked by just about everybody. This is the kind of film that should be featured on this list—it’s a great exemplar of its style and also different enough to be notable.

4. I’m Not There (2007)
For me, one of the points of The List is that it should be highlighting films that take real chances and generally succeed. That’s as good a description of I’m Not There as I can muster—a film that goes experimental in a lot of ways in how the story is told and remains cogent and interesting all the way through. I don’t know why this doesn’t get the sort of respect it deserves, but it’s a film I feel almost alone in loving. That said, this is what The List is made for—odd films that have something to say and say it well and that advance the idea of cinema while they do it. Yes, I’ll die on this hill if I have to. 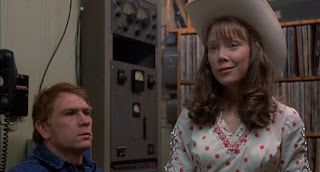 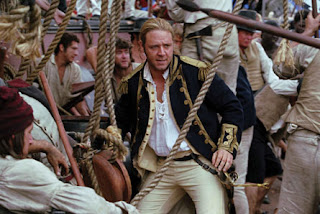 6. Master and Commander: The Far Side of the World (2003)
Just as there are comfort foods, the things that remind you of your childhood and bring instant happiness, I think there are comfort movies, things you have seen so much that you know every beat of them to the point that they become old friends. Master and Commander: The Far Side of the World is one of those movies for me. While that seems like I’m suggesting it simply because I like it a lot, I think I can make a case for it. It’s a great example of how battles should be filmed. Master and Commander sees battle as chaotic and terrible, but never confusing. We always know what is happening and can see everything. Other directors should take note. 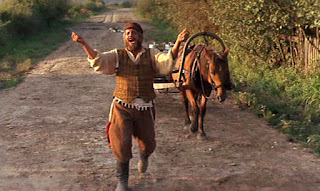 7. Fiddler on the Roof (1971)
Since The List loves musicals, I’m honestly surprised that Fiddler on the Roof is not included. It’s a classic in every sense of the word—there are iconic scenes and moments and songs that have remained great and singable and entertaining for almost 50 years. It’s also a great story of change and tradition and beauty in the face of struggle. There’s no good reason for it not to be included on The List as I think it meets every criteria for what should be included. It’s great, it’s important, and it’s a meaningful addition to anyone’s list of films to see. And since it’s in a favored category of the listmakers, it’s absence seems surprising to say the least. 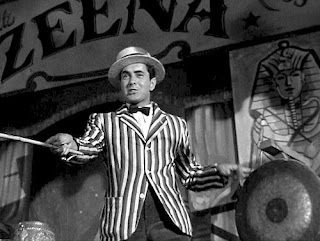 8. Nightmare Alley (1947)
I’m a fan of the film noir style. One of the main reasons I am is that they tend to have downbeat endings. I like endings when they are appropriate—a good happy ending is fine when the movie earns it, but many movies simply don’t. Noir doesn’t worry about that at all. Plenty of noirs end in bloodshed, death, and people going to the gas chamber, but not a one of them is darker or more upsetting than the last few minutes of Nightmare Alley. This is a film that plays it as dark as just about anything you’ve ever scene, and those final moments will haunt you for a week. There’s power in a film that can do that. 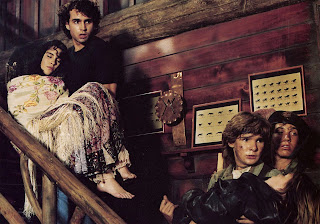 9. The Lost Boys (1987)
Again, my contention is The List should be discussing movies that are iconic or seminal in many different ways. There are other horror movies that are better or more important than The Lost Boys from the 1980s, but there is probably no more 1980s horror movie than this one. Everything anyone would ever need to know about the horror genre in the ‘80s can be summed up in this movie, from the costuming and hair to the moments of humor. Other movies certainly have the same feel to them, but none are as full-on a representation of their decade as this one. If you’re a member of Gen-X, you almost certainly know and love this film. 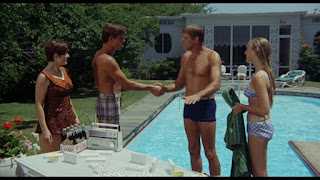 10. The Swimmer (1968)
The Swimmer, based on the John Cheever story of the same name, starts out as a rather sweet and innocent film as a man played by Burt Lancaster decides to “swim home” through the pools of the houses that connect his current location to his home. As he goes from yard to yard, through various encounters and parties, more and more is revealed about his past and current situation. This is a fascinating story and beautifully realized, and rather sadly and shamefully unknown by modern audiences. I’d love more people to know about it.

Posted by SJHoneywell at 7:57 PM