No real theme this time, and admittedly, the first movie on this list isn't one that anyone told me to watch. Instead, that was the choice for June's movie of the month at my library movie club. Otherwise, just a couple knocked off. My last quarter of classes was brutal, which explains the relative lack of movies in general for me during June. 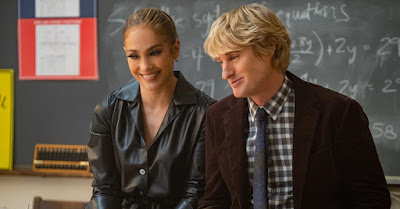 Years ago, when I actually read webcomics, I came across one where a Britney Spears-like pop singer who, in a moment of panic during a concert, accepts the proposal of a guy holding a sign that says “Marry Me” he is holding for a friend. While the basic premise of Marry Me is slightly altered, this big-screen version of that webcomic manages to keep a lot of the original premise, putting Jennifer Lopez in as the pop star and Owen Wilson as the hapless math teacher who marries her almost on a dare. Nothing happens here that you don’t expect, but it’s ultimately pretty harmless. That said, your life will be exactly the same if don’t ever watch it, too. 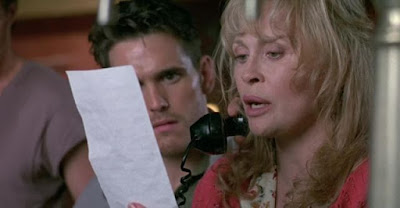 Albino Alligator is a heist film with a very odd provenance. The cast is a solid one, but it still managed to earn a Razzie nomination for Faye Dunaway. It’s also the directorial debut of Keven Spacey, something that doesn’t play as well today as it did in 1996. Three men (Matt Dillon, William Fichtner, and Gary Sinise) are in the middle of a robbery gone bad. They wind up in a basement bar. Soon enough, the police are outside, but it turns out that they aren’t who the cops really want. As mentioned, Faye Dunaway is in this, as are Skeet Ulrich, M. Emmet Walsh, Joe Mantegna, John Spencer, Frankie Faison, and Viggo Mortensen. It’s not bad, but it’s not worth a second watch. 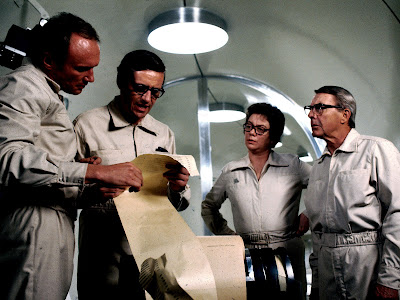 I’ve seen a version of this story before, but I figured it was time to watch the original. A satellite crashes near a tiny New Mexico town. A recovery team goes in and discovers that virtually the entire population of the town is dead, having died instantly. Further investigation shows that their blood has turned to powder. Suspecting that “something” came back with the satellite, experts are called in to investigate. And what happens is that we watch them investigate. That’s literally it—it’s “Science Experiment: The Movie.” The story is an interesting idea and there are moments of genuine tension here, but it’s generally about as exciting as watching a board meeting. 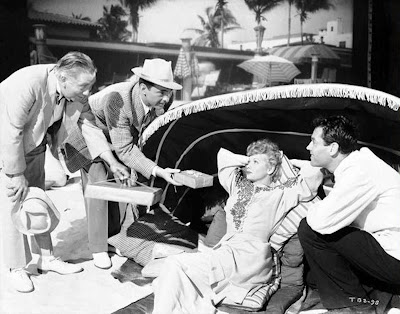 When you see Henry Fonda on the billing, you expect him to be the perfect good guy. When you see Lucille Ball, you expect a comedy. So it’s a bit of a surprise when The Big Street gives us Fonda as an associate of low-rent gamblers and criminals and Ball as a vain and vicious nightclub singer. The Big Street is as melodramatic as it can possibly be, and while the story of a guy pining for a woman who barely registers him even while he is caring for her after an terrible accident is serious weepy drama, there’s some comedy here, too. It also features the first appearance of a character named Nicely Nicely Johnson (Eugene Pallette), who is paired with a comic Agnes Moorehead. It’s an oddball film, but not bad. And for whatever reason, it’s always a shock to me just how much of a knockout Lucille Ball really was. 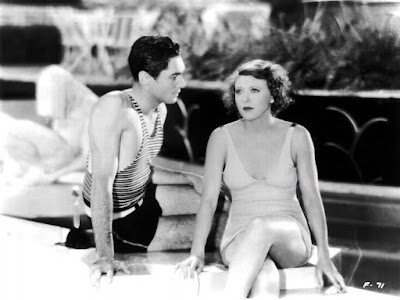 I’m not sure what I expected with the sexual politics on this one, but yikes is this hard to watch in a lot of respects. Alison (Ruth Chatterton) runs a car company that she inherited from her father. She also treats men like men treat women, using them for a casual fling and casting them aside. If some of those men work for her, what of it? If they get too attached, she just transfers them away. She meets her match in an engineer named Jim (George Brent), and suddenly, she can’t do a damned thing without him. What starts out as female empowerment ends in something approaching Gilead by the end, a tough thing to take in current political circumstances.

Posted by SJHoneywell at 8:50 AM

Email ThisBlogThis!Share to TwitterShare to FacebookShare to Pinterest
Labels: Albino Alligator, Female, Marry Me, The Andromeda Strain, The Big Street, What I’ve Caught Up With