I watched a lot more television in August. There are too many cultural references that I'm simply not getting without having at least a little television knowledge. In addition to Midnight Mass below, I also watched WandaVision and The Falcon and the Winter Soldier and also got through all eight seasons of Brooklyn Nine-Nine. As usual, less than I'd like, but I was also finishing up a huge work project this month--I had to work on a project pitch for people about five pay grades above me--I find out on Monday if my team is getting funded. So...fingers crossed.

With the success of Frozen, it’s not a surprise that Disney put a sequel into production. It’s also not a surprise that while the story is a lot bigger than the original film in a lot of ways, it’s also not nearly as good a movie. Where the first was more about sisterhood and familial love than anything, this is about looking for the source of Elsa’s powers. It’s fine; it’s just not nearly as good as I wanted it to be based on the first one. There’s also a part of me that wonders what homeopath crept into Disney and gave someone the “water has memory” story idea. As Tim Minchin has jokingly said, “Water has memory! And while it's memory of a long lost drop of onion juice seems infinite, it somehow forgets all the poo it's had in it!” 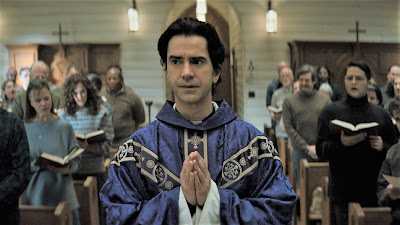 Not a movie, but a miniseries that plays in large part like a movie, Midnight Mass is a strange exploration of religion and belief in the context of a horror story. As a non-believer, I very much appreciate exactly where this goes when it comes to how it addresses the danger of belief. By the time we get to the end, concepts of how someone like Jim Jones could have gotten hundreds to drink poison may not make any more sense, but are at least on the cusp of understandability. Watch this, and you’ll get a good sense of why people still worship at the altar of Qanon. Some nice gore and a few good shocks, and while this is good, ultimately, I’d have been a lot more excited if it hadn’t been a classic monster at the end. 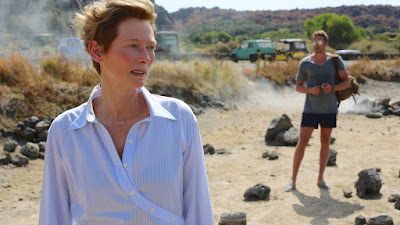 Well, I certainly wasn’t sure what to expect with A Bigger Splash. This went in directions I didn’t see coming. A rock star (Tilda Swinton) is recovering her voice in Italy with her filmmaker paramour (Matthias Schoenaerts). Out of nowhere, her old producer/lover (Ralph Fiennes) appears with his young daughter (Dakota Johnson), who is very much a Lolita. Bad things happen. I’ve said before that I often have an issue with movies where there isn’t someone in the story with whom I can identify. That’s the case here. All of these people are terrible; the best person in the whole thing is the housekeeper. It’s well made, but it’s ugly in its heart. 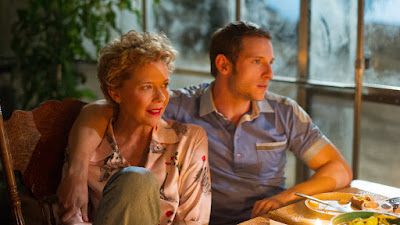 Based on the true story of the last few years of the life of Gloria Grahame (Annette Bening), which involved a whirlwind romance with a stage actor half her age named Peter Turner (Jamie Bell). We don’t normally get May/December romances in this direction, and in that respect, it was quite refreshing. We do learn some things about Grahame, though, that would make her a controversial figure even now, like the fact that she married her stepson, a la Woody Allen. I’m not much of an Annette Bening fan, but she’s quite good in this, as is Jamie Bell, who is the one who truly sells the romance. The actual Peter Turner makes an appearance as well, as he should, since he wrote the book this was based on. 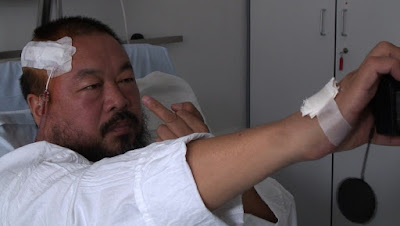 When I was a kid, along with talking with my friends about what we might do when (not if) nukes started flying, I would wonder how I would react had I been alive in Europe in the 1930s and ‘40s. Artist Ai Weiwei is living that reality, but is doing so in communist mainland China. Knowing exactly how the government is going to react to acts of defiance, he continues to create art, make films, blog, and take photographs that are intended to push China in the direction he wants it to go. This is a profile of intense courage and the true power of art at its finest. “There are no outdoor sports as graceful as throwing stones at a dictatorship.” 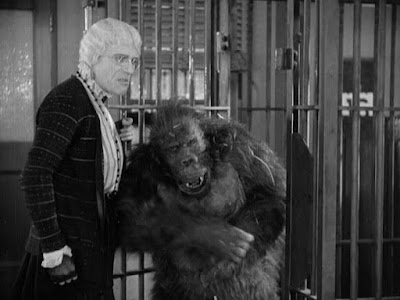 Lon Chaney was one of the greatest actors of the silent era, and, aside from Chaplin, was the last major star to move into talkies. He made exactly one talkie--The Unholy Three--a remake of an earlier film of his where he leads a trio of sideshow performers in a series of crimes. Also featuring Harry Earles, the star of Freaks, the big sell here is that Chaney actually talks. He not only talks, though, he does a bunch of different voices and even signed an affidavit saying that all of the voices were his. He could have done so much more, but this is the only chance we got to hear the man speak—the man of a thousand faces had at least half a dozen voices.

Posted by SJHoneywell at 8:52 AM