Worst of the Worst? 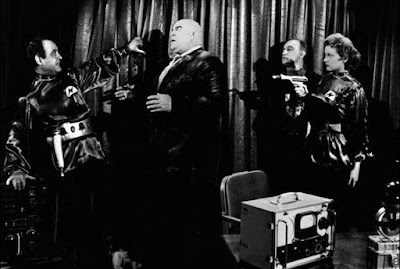 Just as people are going to go back and forth about what is the greatest whatever in history (greatest basketball player, greatest book, greatest television character, etc.), they’re going to fight about the worst as well. I’ve gone on record as saying that Andy Warhol’s Vinyl is the worst movie I have ever seen, even reserving the ½ star rating on Letterboxd for it. But everyone is going to have a different idea of what’s the worst movie ever made. Sure, Vinyl is my pick, but I’d rather rewatch it than a number of other movies I can think of (Salo, for instance). One of the contenders for many people, at least years ago before the days of the internet, was Plan 9 from Outer Space.

So let’s discuss that for a second. How bad can it really be? The truth is that it can be pretty bad, and it is pretty bad, but it’s nothing like the worst movie ever made. It’s goofy and silly, terribly acted, has a ridiculous plot that makes no sense, and a set design and special effects that were made on a budget less than that for a fast food meal for two. Plan 9 from Outer Space is inept in every way it can be.

That truth is a huge part of the charm of Plan 9 from Outer Space, though. This isn’t the sort of forced or faked camp that almost never works. This is true camp, a terrible film that was made entirely in earnest and with all sincerity. Ed Wood meant every terrible line and every stupid frame. And that’s what makes it work at all as a movie. I mean, it doesn’t work at all, but because Wood was serious, it works in a wholly different way.

I’ll do my best to make whatever sense I can of the plot. Flying saucers have shown up around Earth and it’s a plot point that the U.S. government knows all about them but is keeping them a secret from the public. The aliens are attempting to contact the governments of the planet but have been mainly unsuccessful…despite the fact that at least the U.S. government knows all about them. In an attempt to…scare people? Create panic? The aliens decide to implement “Plan 9,” which involves reanimated the recently dead, which are somehow then motivated to attack people and kill them…or something. It’s pure Ed Wood logic that the aliens’ big plan involves the creation of three zombies. Somehow this equates to world domination.

Eventually, it comes out that the aliens are here because human scientists are on the verge of a new discovery: the ability to blow up particles of light. Should that ever be detonated, the reasoning goes, everywhere that light touches would explode as well, which means that it would trigger a chain reaction that would blow up everything in the entire universe. Ah, that delightful Ed Wood.

So, it’s a truly stupid plot that doesn’t make a great deal of sense, but we more or less knew that going in, right? So what about everything else?

Yeah, it’s all terrible in the best way possible. The acting is wooden and goofy in the extreme, and that’s fine. The cast is made up of people who didn’t necessarily do a great deal else, and that’s okay, too, because this is enough of a legacy for most people. The big deal with Plan 9 from Outer Space is that it contains the last-ever footage of Bela Lugosi, who died shortly after Wood started filming. Lugosi plays an old man who dies and becomes one of the zombies. However, most of the footage of him is actually of Wood’s wife’s chiropractor, playing the role with the cape covering his face. That Lugosi’s character is married to the half-his-age Maila Nurmi, better known as Vampira, who played her role mute because she hated the dialog is just more Ed Wood logic. Casting the mush-mouthed and mountainous Tor Johnson as the police chief is either genius or evidence of brain damage.

Much of the rest of the cast was put in place by nepotism, being friends of Wood. Their acting reflects this.

But, as I say, it’s impossible to hate this movie because of just how comically bad it truly is. It’s wonderful in that way to see someone put everything he has into a project and have it end up as this. The movie Ed Wood chronicles this much better than I ever could, and it’s worth seeing, as a sort of primer in terms of how Plan 9 from Outer Space was made. I won’t say that the story behind the movie is better than the movie itself, but I will say that Ed Wood is everything Plan 9 wanted to be but couldn’t be.

So yeah…it’s worth seeing for so many reasons, except for it being a good movie, ‘cause it ain’t.

Why to watch Plan 9 from Outer Space: Because you pretty much have to.
Why not to watch: It’s pretty cringey.