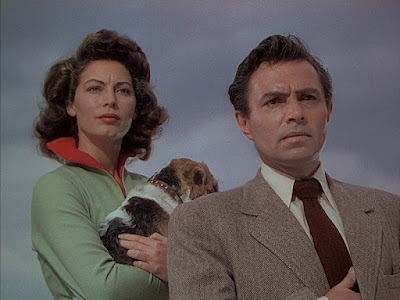 There are a few changes I’d like to make for Best Actress of 1951. We can start with the continued Oscar snub of Ida Lupino. On Dangerous Ground isn’t a great film, but she’s clearly the best part of it. As I’ve said over and over, horror and science fiction were regularly ignored in this era for Oscar, which means Patricia Neal got frosted for The Day the Earth Stood Still. Jane Russell never got a lot of respect, but perhaps she could have for His Kind of Woman! Sirocco is lesser Bogart, but I rather like Marta Toren in it. The same could be said of Peggy Dow in Bright Victory (that it’s lesser, not lesser Bogart). I’ve long been a fan of Joan Greenwood, and I would have loved for her to show up for The Man in the White Suit. Shelley Winters was nominated for A Place in the Sun, but Elizabeth Taylor could have been as well. Finally, I’m not the world’s biggest Ava Gardner fan, but she was definitely snubbed for Pandora and the Flying Dutchman. 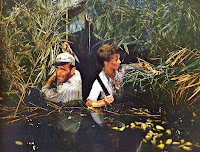 5. It might be controversial, but I genuinely dislike The African Queen, and a large part of that is that I genuinely dislike Katharine Hepburn’s character in it as well as her performance. I like Kate more often than not, and I tend to like her more and more the longer she gets in her career, but this is absolutely an exception. All she does is act prim and eventually exist as half of a romance that absolutely doesn’t work. Why was she nominated? Probably because she’s Katharine Hepburn and not because the role or performance deserved it. 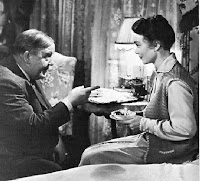 4. The best thing I can say about The Blue Veil is that I didn’t immediately remember just how dripping and maudlin this movie is. Jane Wyman is a fine actress who I like in general, but not as much when she is something so clearly and obviously manipulative. Don’t get me wrong here—this movie is meant to grab onto your heartstrings and pluck them mercilessly if you let it. Wyman is honestly fine, but the role doesn’t deserve any consideration, and honestly, neither did she. If anyone did, it was her makeup artist. 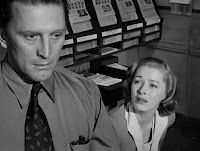 3. Eleanor Parker is very good in Detective Story, but it’s a very strange nomination in my opinion. It feels like another case of category fraud, but it’s fraud in the wrong way. Parker probably could have been nominated in a supporting role instead. At the very least, she feels like more of a supporting role next to the dominant and dominating performance of Kirk Douglas in the lead. Don’t get me wrong—Parker is good enough that even in what feels like an inflated nomination, she deserves to be third. 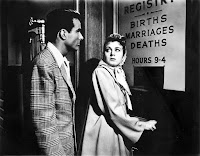 2. In a lot of other years, Shelley Winters would be a lock for me for a poignant and moving performance in A Place in the Sun. For whatever reason, Winters made a lot of her career playing these women who were used and tossed aside. She was great as the woman no one really wanted, a role that she played over and over. This is probably the greatest incarnation of that role in her career, and had this performance happened in a lot of other years, I wouldn’t hesitate to give her the statue. It’s just the wrong year for her.

1. Vivien Leigh is my winner for a monumental performance in A Streetcar Named Desire. You could easily argue that Brando was robbed for his performance and just as easily make the case that the fact that Leigh is just as memorable in hers makes the case for her. This is the definitive performance of one of the classic roles in American theater. No one will play this role like Leigh, and no one will ever play this role without referring to her in one way or another. It’s a defining moment of her career and in cinema, and she deserved to win. 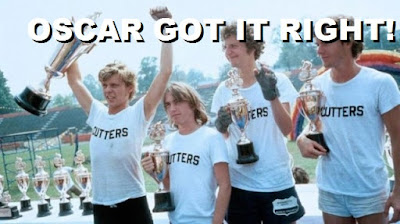 Posted by SJHoneywell at 4:21 PM

Email ThisBlogThis!Share to TwitterShare to FacebookShare to Pinterest
Labels: 1951, A Place in the Sun, A Streetcar Named Desire, Best Actress, Detective Story, Oscar Got It Right, The African Queen, The Blue Veil