In August, my wife and I became empty nesters. Kid #2 has headed off to college, and naturally that came with a few days of heavy lifting, moving, and dealing with COVID in crowds larger than I’ve become accustomed to. I also spent some time watching a few weird Ozploitation films like Turkey Shoot and Harlequin that weren’t on any lists. I’ve also been trying to gear up for Halloween, since I traditionally post 40 reviews over the last 10 days of October, and that requires a lot of advanced planning (I have 23 reviews ready, so I’m getting there). That being the case, it’s just a trio this month. 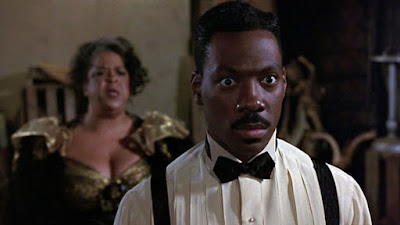 As with the 1001 Movies list, there are some films here I’ve seen before but haven’t seen in more than a decade. Harlem Nights is one of those—I remember the outline of the plot, but had forgotten a lot of the specifics. This is a better movie than people remember it. The best way to describe this is as a Harlem-ized version of The Sting. It’s not as clockwork as the 1973 classic, but it has a lot of fun with its era and the costumes, which are fabulous. It’s clunky and too long, but it’s entertaining, and sometimes that’s enough. 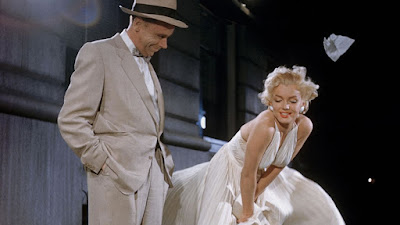 The Seven Year Itch has one of the most iconic stills from the entire 20th century—as iconic as Cary Grant being chased by a biplane or Keanu Reeves dodging bullets. And yet, I don’t know a single person who has seen the movie. Beyond that, this is a very basic sex comedy from 1955 that contains not a whiff of sex. Marilyn Monroe is aces, of course, as is Tom Ewell. I didn’t realize how similar this is to Thurber’s “The Secret Life of Walter Mitty.” It’s cute and it has its moments (like the subway grate), but it’s ultimately harmless. That said, the fact that much of the movie is a conversation between Tom Ewell and the audience is a bit off-putting at times. 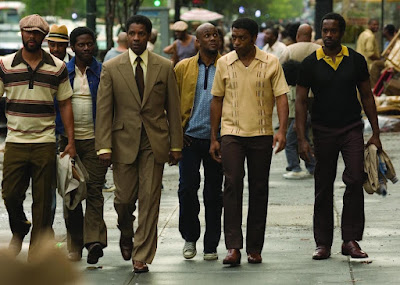 There are a lot of obvious parallels between American Gangster and a film like Scarface. I was disappointed in a sense that there weren’t more. American Gangster purports itself to be about heroin kingpin Frank Lucas (Denzel Washington), but we end up spending far more time with Richie Roberts (Russell Crowe), the cop trying to bring him down. The trouble with that is that the crime elements and Frank Lucas are a lot more interesting. Stellar cast top to bottom—this thing is loaded even in bit parts—but I would like it a lot more if it were focused where it’s the most interesting rather than on where it’s the most morally sound.

Posted by SJHoneywell at 8:59 AM

Email ThisBlogThis!Share to TwitterShare to FacebookShare to Pinterest
Labels: American Gangster, Harlem Nights, The Seven Year Itch, What I’ve Caught Up With