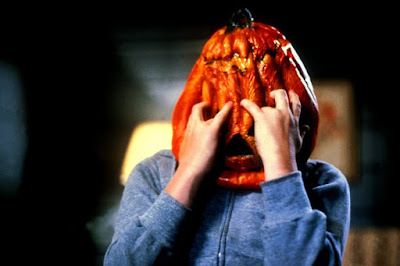 When Halloween III: Season of the Witch (hereafter referred to just as Halloween III) was released in 1982, it was a huge disappointment. That’s kind of a shame, because it really is a cool idea. John Carpenter’s original plan was to create a new Halloween movie every year telling a completely different non-Michael Myers horror story. The fans of the original two films weren’t having it, though, making this a box office disappointment and forcing the return of the Shatner mask in subsequent movies.

In that sense, Halloween III was perhaps a little ahead of its time, or perhaps simply the wrong idea that the wrong time. Creating something like an extended anthology that would be a series of unrelated films under the same umbrella name is a pretty great idea. It’s a shame that this underperformed so much and the basic idea had to be scrapped.

Email ThisBlogThis!Share to TwitterShare to FacebookShare to Pinterest
Labels: ‘Round Midnight, 1986, Best Actor, Children of a Lesser God, Mona Lisa, Oscar Fucked Up, Salvador, The Color of Money 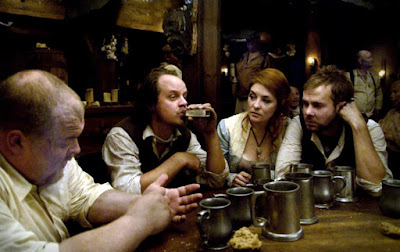 Off Script: The Devil's Advocate 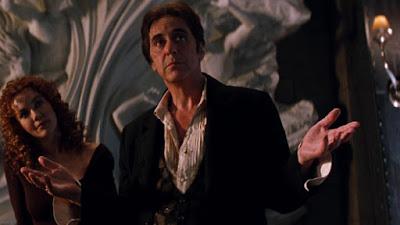 I went into The Devil’s Advocate having seen it before, but not really remembering a lot beyond the basic plot and the fact that it starred Keanu Reeves and Al Pacino. I had forgotten or never realized that Charlize Theron, Tamara Tunie, Jeffrey Jones, and Craig T. Nelson were in this as well. The plot is one that, upon hearing it, I wondered why it hadn’t been done this fully before, or at least done to this extent. Put simply, a lawyer discovers that the guy he is working for is literally Satan. This is a big reveal at the end of the film, but I honestly don’t feel bad putting that in the opening paragraph here. First of all, the movie is called The Devil’s Advocate, and second, if you don’t realize this pretty quickly, you’re not really paying attention to the movie.

Kevin Lomax (Keanu Reeves) is a high-priced criminal lawyer currently working a case where a middle school teacher has been accused of sexual abuse of one of his students. While the young girl is on the stand giving testimony, Kevin notices his client more or less jerking off, and in this moment, he realizes that the man he is defending is guilty. He asks for a short recess and retreats to the bathroom, where we learn that this might well be the first case that he ever loses. But no, despite the horror of his client and the clear guilt, Kevin goes back into the courtroom and gets the man cleared of charges. He’s just that good. 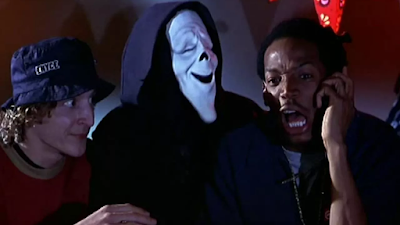 It will come as no surprise to anyone who comes to this website that I haven’t really been that into putting up reviews lately. This is despite the fact that I have probably six dozen or so written and just waiting to be posted. My heart hasn’t been in it lately, and it’s been a struggle to even put up the Oscar posts on Monday and Friday. Don’t worry—I’m not shuttering the blog. In fact, I’m going to try to do the opposite and posting regularly again. It’s been a tough few months, and I want to feel like this is important to me again. That being the case, a mostly-comedy horror comedy like Scary Movie, a genre that is more often miss than hit, was probably not the best idea. But it was better than a 150-minute epic tonight. Baby steps, right?

Scary Movie is obviously a parody, mainly of Scream, but also of films like I Know What You Did Last Summer, Urban Legend, The Sixth Sense, and similar hacky-slashy teen horror films. There are going to be direct references to films like The Blair Witch Project as well as more classic horror films like Halloween throughout. Also, because this was made in 2000, there’s going to be a reference to The Matrix, specifically the bullet time sequence.

About a Boy
Adaptation
Chicago
The Hours
The Pianist (winner)

Email ThisBlogThis!Share to TwitterShare to FacebookShare to Pinterest
Labels: 2002, About a Boy, Adaptation, Best Adapted Screenplay, Chicago, Oscar Got It Wrong, The Hours, The Pianist

Email ThisBlogThis!Share to TwitterShare to FacebookShare to Pinterest
Labels: 1966, A Man and a Woman, Best Actress, Georgy Girl, Morgan—A Suitable Case for Treatment, Oscar Got It Right, The Shop on Main Street, Who’s Afraid of Virginia Woolf?

Off Script: My Name is Bruce

Film: My Name is Bruce
Format: DVD from Sycamore Public Library on laptop. 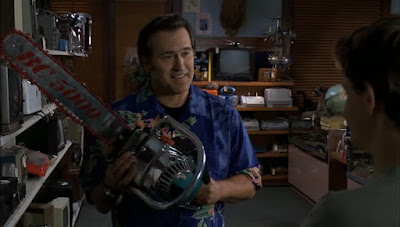 I figured that My Name is Bruce was going to be a rough ride. I love me some Bruce Campbell, but he’s long stood by the idea that for him, the bigger the movie, the smaller the part. He’s clearly the star here, playing a version of himself in a movie that he is directing. Based on that formula, that makes this a very small movie, indeed.

The central conceit to My Name is Bruce is that Bruce Campbell, B-movie star extraordinaire, is a terrible human being in real life. According to this film, Campbell is hated by everyone he works with, constantly drunk, tries to have sex with every woman he meets, is rude to his fans, and lives in a trailer. It’s a clearly comedic version of Campbell who, from everything I can gather, appears to be generally well-liked by the people he works with. Campbell was obviously good with this version of himself, though, since the film itself is clearly parody.

Email ThisBlogThis!Share to TwitterShare to FacebookShare to Pinterest
Labels: 1953, Best Actor, From Here to Eternity, Julius Caesar, Oscar Got It Right, Stalag 17, The Robe

Film: Can You Ever Forgive Me?
Format: DVD from NetFlix on rockin’ flatscreen. 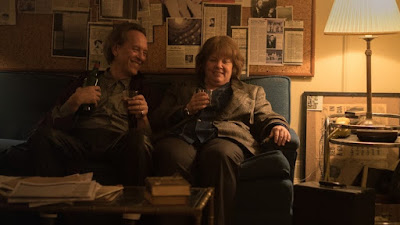 Anyone who has done any sort of acting will tell you that comedy is harder than drama. There’s a reason that a lot of dramatic actors fail terribly as comedian on film and why so many comedians are capable of turning in powerful and profound performances in dramas. The history of film is replete with comedic actors who have wowed audiences with a dramatic turn. Recently, Steve Carrell getting Oscar nominated for Foxcatcher was surprising. It’s more surprising that he genuinely earned that nomination, and just as surprising that everyone was so surprised by it. Well, it’s Melissa McCarthy’s turn in Can You Ever Forgive Me?, and the same things apply. It’s surprising she was nominated, surprising just how good she is, and surprising at how much that shocks me.

Before I dive into Can You Ever Forgive Me? there is something I want to talk about. Around the middle of my MA, I took a class in literary research and bibliography. One of the projects we had to undertake was a bibliography of a bibliographer. My pick was a guy named Thomas Wise. It turns out that Wise was one of the most famous literary forgers in history, which explains the title of this review. If you’ve got a few minutes, look him up on Wikipedia (which is fine for this sort of casual research). His biography seems like it could have easily inspired this movie, had this movie not already been based on a real story.

Email ThisBlogThis!Share to TwitterShare to FacebookShare to Pinterest
Labels: Best Actress, Best Adapted Screenplay, Can You Ever Forgive Me?, comedy, drama, Marielle Heller