It’s been since before Thanksgiving that I’ve posted; I think this is the longest I’ve gone between posts since I started, but I might be wrong about that. I think, like a lot of people, I’m struggling still with the idea of COVID; my days sometimes seem over before they’ve begun. I’d love to tell you I’m going to rededicate myself to this blog in the coming months, but who knows? I’m going to try to post more; that’s all I can say. That said, I did get through four “bonus” movies in November. Not all of them were new to me, but they were all movies that I’d never put up a review on. 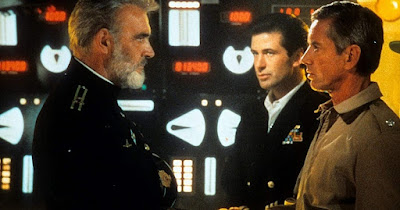 A classic of Cold War intrigue and skullduggery, The Hunt for Red October concerns a Russian nuclear submarine with new “shift in world power” technology is under the command of a man who decides, with his officers, to defect. I’d love to tell you the name of the ship’s commander, but he’s played by Sean Connery, who couldn’t be bothered to even pretend a Russian accent. A star-studded cast includes Sam Neill, Alec Baldwin, Scott Glenn, and the always-entertaining Tim Curry along with a brief cameo from James Earl Jones and a great role for Courtney B. Vance. It’s fun, but in today’s world, it seems hopelessly dated. Those who can’t get enough of military minutiae will enjoy their 2-hour-and-change erection. 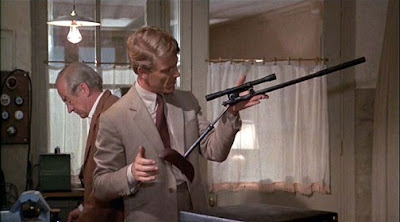 I wasn’t entirely sure what to expect with The Day of the Jackal. I knew the basics of the story, but not the full story. It plays out almost like a documentary, but it’s much closer to a Cold War spy drama, which I suppose it sort of is. An assassin (Edward Fox) code named Jackal, is hired by a group of French rebels to assassinate Charles de Gaulle, who they feel gave away Algeria unnecessarily. The film follows the Jackal’s movements, attempts to get papers and into France and more as well as the team working for de Gaulle discovering the plot and searching for the assassin. The Jackal comes across as mildly sympathetic, at least for a while, but the entire film is oddly sterile. It’s good, but I can’t imagine sitting through it again. 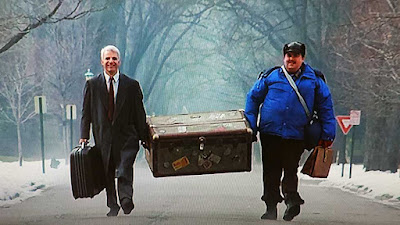 There are plenty of classic Halloween movies and a metric ton of classic Christmas movies, but classic Thanksgiving movies are few and far between. Planes, Trains and Automobiles is one of those rare films. This is an odd couple movie, where marketing dude Neal (Steve Martin) finds himself plagued by loveable goofy salesman Gil (John Candy) as the two attempt to get from New York to Chicago through flights rerouted to Wichita, trains and buses to Saint Louis, and eventually a terrible rental car. It’s heartwarming and sweet and completely ridiculous and impossible not to fall for. Martin and Candy are equally brilliant, and while the events go to extremes, it really is the intent that matters with this one. 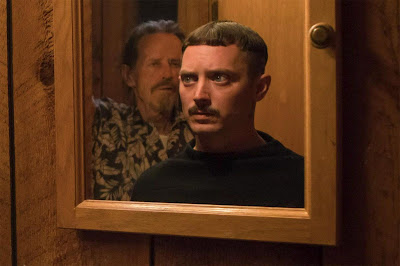 I don’t know that I really liked Come to Daddy, but I really like what Elijah Wood has done with his postLotR career. Rather than doing big blockbusters, he’s doing indie horror movies and weird low-budget movies because he doesn’t have to do anything else if he doesn’t want to. Here, as Norval, he gets a letter from his estranged father and goes to pay him a visit. Things go badly and become violent. There’s a very nice performance here from Stephen McHattie, who I tend to like as an actor. For all of the really horrifying violence in this, the most egregious part of it might well be Elijah Wood’s mustache and bizarre bowl haircut.

Posted by SJHoneywell at 7:31 AM

Email ThisBlogThis!Share to TwitterShare to FacebookShare to Pinterest
Labels: Come to Daddy, Planes, The Day of the Jackal, The Hunt for Red October, Trains and Automobiles, What I’ve Caught Up With