November was a rough month for me, mostly because of work. I didn't watch a lot of movies in general--in fact, I went almost two weks without watching anything because of work. I've got a couple more weeks of that, and then life returns to normal, or more normal anyway. I managed five movies off the list, which is honestly a bit disappointing. A lot of my viewing time has been spent on things like The X Files and a rewatch of M*A*S*H more or less as background noise. Fingers crossed for December. 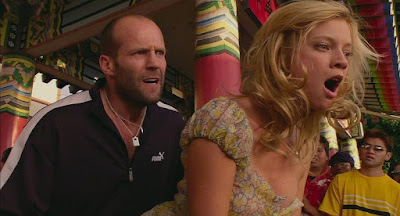 Jason Statham plays a mob assassin who is poisoned to get him out of the way. Rather than him just being killed, he’s injected with a cocktail that slows down his heart. The only way to keep him alive is boost his adrenaline and keep it going. That means we’re going to get 80 minutes of ridiculous stunts and public sex. The idea is fun, but this is an intensely stupid movie. As a society, we have a lot of problems, but we have effectively perfected the action movie. Crank is from the time before that and it shows. I know there’s a sequel, but I don’t care and I’m not going to watch it. 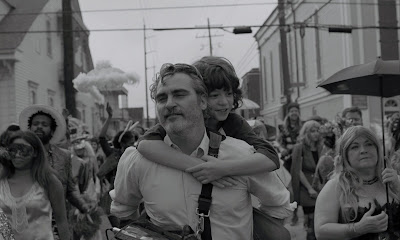 This modern black-and-white film puts journalist Johnny (Joaquin Phoenix) in the position of having to take care of his estranged young nephew Jesse (Woody Norman) as Johnny’s sister/Jesse’s mom Viv (Gaby Hoffmann) attends to the neuroses of her ex. The relationship is a rocky one in large part because of Jesse’s odd quirks, but the two eventually come to an understanding of each other. This is a sweet and poignant film that addresses how we connect with other people and how those connections can move us. The black-and-white cinematography works for this; it feels pared down to its essentials in exactly the right way. 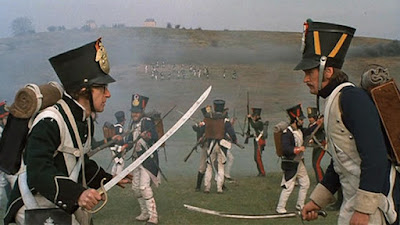 Love and Death is Woody Allen tweaking his greatest filmmaking and philosophical influences. On the one hand, this is Allen doing Russian drama in the vein of Dostoevsky. It’s also just as much Allen doing a conscious parody of Ingmar Bergman with direct allusions to films like The Seventh Seal and Persona. This is early Allen, his sixth movie and the one just before what would be his defining film in Annie Hall. Not all of this translates well to the modern age. It’s also harder and harder to watch Allen now that it’s know what a pure creep he is. Still, this has its moments even if it tries too hard in places.

Disney has lately flipped the script on a number of their tropes, and I’m not enough of a Disney-phile to know for sure, but I feel like it started with Enchanted. Giselle (Amy Adams) is desperate to meet her true love, Edward (James Marsden), but is opposed by Edward’s wicked step-mother Queen Narissa (Susan Sarandon). To protect her throne, Narissa sends Giselle to the real world, where she encounters Robert (Patrick Dempsey). The real world doesn’t operate in the same way as Giselle’s world, and hilarity ensues. It’s actually pretty fun, plays well with a lot of the tropes, and the music is brilliant. Difficult not to enjoy it. 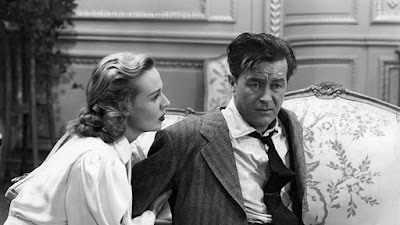 The Big Clock is a film noir that puts Charles Laughton in the bad guy role and Ray Milland as our hapless hero. Milland’s crime magazine editor George Stroud gets mildly tangled up with ingénue Pauline York (Rita Johnson) when he again misses a family vacation. Shortly thereafter, he all but witnesses his publisher/owner (Laughton) murder her in cold blood. Looking to cover his tracks, the publisher wants Stroud to find the mysterious man Pauline was seen with before her death…but that’s Stroud himself. And so, Stroud needs to look like he’s trying to solve the case while putting as much distance between himself and the witnesses who saw him with Pauline right before her death. This is a very entertaining and smart film, with a good cast top to bottom.

Email ThisBlogThis!Share to TwitterShare to FacebookShare to Pinterest
Labels: C’mon C’mon, Crank, Enchanted, Love and Death, The Big Clock, What I’ve Caught Up With