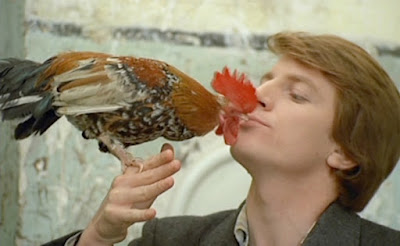 Sometimes I have to really search for the movies that I need to watch for the Oscars lists. And Now My Love (Toute Une Vie in the original French) is one that I finally managed to get through WorldCat. I have an interesting relationship with these movies that I’ve been hunting for a long time. Even if the movie is as good as it can possibly be, it’s hard not to be at least a touch disappointed. In the case of And Now My Love, it honestly wasn’t that hard to be disappointed.

I don’t want to give the wrong impression here. And Now My Love isn’t a bad movie; it’s just not that interesting. What this is, and it’s the only way I can put this, is a movie about both fate and love. We’re going to get a story that spans multiple continents and multiple decades. The entire point of the story is to give the ancestry of our two main characters and everything that went into the two of them ultimately getting together.

That sounds like a spoiler, but if you find this movie and watch it, you’ll realize pretty quickly that it isn’t one. Once we are past the set-up of the grandparents and parents, it’s soon evident that our two characters are destined to be together. And, as you almost certainly expect from a film like this one, our two fated lovers are completely different.

The movie is a going to be a back-and-forth between the two characters. We’ll get some of one story, the some of the other. One half of the film concerns Sarah (Marthe Keller, who also plays both her mother and grandmother), the spoiled daughter of an entrepreneur who made millions after surviving the Holocaust. Sarah truly is spoiled, but much like the good ol’ existentialist French, she isn’t happy with all of the money. She falls in love with a famous singer who eventually rejects her. She attempts suicide and is then further coddled by her father, who tries to cheer her up.

The second story concerns Simon (Andre Dussollier), who begins life as a petty criminal. He’s eventually caught and sent to prison. When he’s released, he essentially works as a private detective, taking pictures of cheating spouses. He and his partner upgrade to taking videos, which leads them to a career in pornography, which happened to be illegal at that time. After another stint in prison, Simon becomes a commercial director, and then an aspiring filmmaker.

Much of And Now My Love consists of getting Simon and Sarah in places that are close to each other without having them meet. Sarah gets off an elevator that Simon gets on. One of Simon’s prison friends opens a restaurant where Simon naturally eats frequently. It turns out Sarah eats there, too.

Here’s the thing, and this is going to be a short review because of this: I don’t care. I have no reason to care about Simon or Sarah or anyone else in their lives. I don’t care about Sarah’s essentially bullshitty petty bourgeoisie problems, nor do I care about what Simon wants to do with making an autobiographical film. I do want to mention a spoiler, though, because the original ending of the film is one that I’m not sure how to react to.

In the original ending, Sarah and Simon meet on a plane, which then crashes on takeoff. Essentially, their entire lives had been building toward finally meeting, and once they’ve met, their lives can be over. I don’t know if that makes me like the movie a little more than I already do, or just want to throw my hands up in complete frustration.

So, ultimately, I think this is a well-made movie. It’s just not one that I care about at all.

Why to watch And Now My Love: The main idea behind the story is interesting enough.
Why not to watch: There’s not a great deal of reason to care.