July was a strange month. Not only did I go to a theater (the first time since Dune), but I also spent a week in St. Louis, during the flooding, pet/house sitting for my daughter. I did a lot of rewatching in July, and have also been trying to catch up on shows that I have missed. I have missed a lot of shows, which leaves me out of the loop in terms of pop culture. It’s slow going, but I’ve seen Castlevania, What If….?, and Squid Game, and I’ve been slowly working my way through a few others.

What I’ve Caught Up With, July 2022:
Film: The Hobbit Trilogy 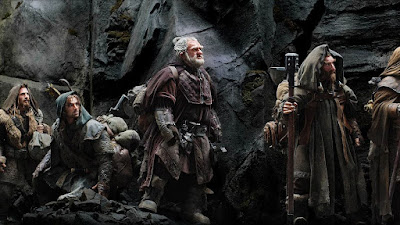 Where to begin with this? It seems like Peter Jackson learned all of the wrong lessons from the LotR trilogy. This trilogy is frenetic and filled with CGI battles and too many characters being in situations that would immediately kill them and walking out unscathed. Over and over again, the characters we care about deal with terrible odds and walk away without a scratch. Too many of the dwarves are indistinguishable from each other, even after nine hours of film. LotR had as many characters, but they were distinct. And that’s the difference. LotR was about characters going on a huge quest. The Hobbit trilogy is about a quest where there are some characters involved. 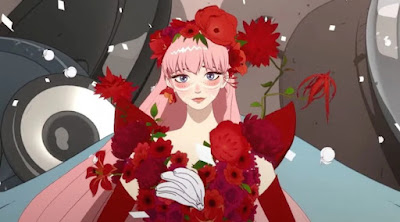 Belle came highly recommended to me, and part of me gets it. In a real sense, Belle explores the idea of fame and what it means to be famous in a virtual world, one of the first films to really explore the idea of trending fame in a world where Warhol’s 15 minutes of fame can be a literal thing. On the other hand, it’s really difficult not to see this movie as essentially the anime version of Hannah Montana, as a young girl in the middle of nowhere has a secret identity as a massive star and desperately doesn’t want that to be revealed. There’s a lot of Beauty and the Beast here, too. Honestly, I’m probably a couple of decades too old to really grok it the way it needs. 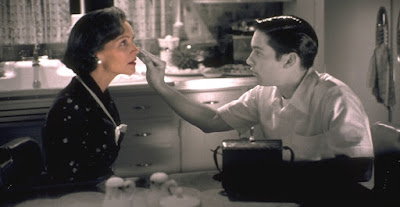 You would have to be very thick to not follow the obvious metaphor in a film like Pleasantville. A brother and sister pair (Tobey Maguire and Reese Witherspoon) are sent into an extremely wholesome but staid 1950s sitcom. Despite trying to fit in as best they can, they start to make changes in the world around them and slowly the black-and-white world becomes color, everything2 changes completely. This is very clearly a film about racism, tolerance, and acceptance, and despite the allegory being thinly veiled, it’s still really effective. A great cast includes Jeff Daniels, Joan Allen, William H. Macy, and J.T. Walsh as well as a fine performance from Don Knotts. The look was really noteworthy two decades ago, and the cinematography is still pretty great. 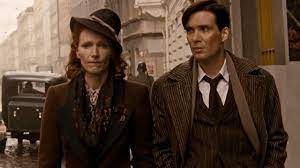 Cinematically, Word War II is the gift that keeps on giving. There are so many stories that can be told (and should be told) that it seems we may never run out of them. I like that we are starting to get stories that are not specifically from an American or British perspective. Anthropoid, about the assassination of Reinhard Heydrich, is a Czech story, and one that isn’t as known as it should be. It’s a good reminder that no one really wins in war. One side just loses less than the other, even when it loses everything. Anthropoid features a great cast headed up by Cillian Murphy, Jamie Dornan, Charlotte Le Bon, and Toby Jones.

Coffy is a formative film for the Blaxploitation style, and it’s easy to see why. On the surface level, we’re looking at boobs and brutality, which makes it no different from a standard exploitation film. No, what makes this interesting is that Pam Grier’s Coffy as a character is a nurse, which makes her respectable, and anti-drugs, which makes it unusual. It’s a pretty trashy film in a lot of respects, and Pam Grier can’t pull off a Jamaican accent to save her life, but it’s fun to watch. It’s also smart in the sense of who proves to be the ultimate bad guy for her. It’s not great, but it’s definitely worth seeing. 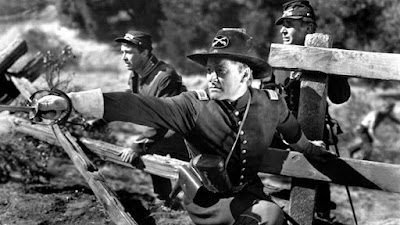 In the first few decades of talkies, it seems that Hollywood was invested in making biopics and heroes out of everyone. That includes George Armstrong Custer (played by Errol Flynn), who is the topic of They Died with Their Boots on. This is the sort of film that wants to claim to be “warts and all,” but all of Custer’s bad traits in the movie are youthful enthusiasm and disobeying orders he knew to be wrong. Of all the people who could be given this sort of hagiographic film, Custer seems like huge stretch. It has a hell of a good cast (including Olivia de Havilland as Libbie Custer), but in service of what? 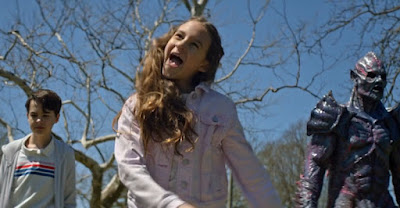 Psycho Goreman, also known as PG: Psycho Goreman is a film that was pitched to me with a lot of expectations. I’m honestly not sure how well it lived up to those expectations. There are things about this movie that I absolutely adore. It comes across as being a much bloodier example of a Japanese live-action show like Spectreman in terms of the costuming, but there’s also a ton of blood and gore. A pair of kids find an ancient jewel that controls a creature of infinite evil, and they use it to make him pull pranks on others, which includes killing them and torturing them. There are some really good jokes, here, but for me, the main character of Mimi (Nita-Josee Hanna), who is supposed to be comic, is just insufferable and drops this a full star.

Email ThisBlogThis!Share to TwitterShare to FacebookShare to Pinterest
Labels: Anthropoid, Belle, Coffy, Pleasantville, Psycho Goreman, The Hobbit trilogy, They Died with Their Boots on, What I’ve Caught Up With