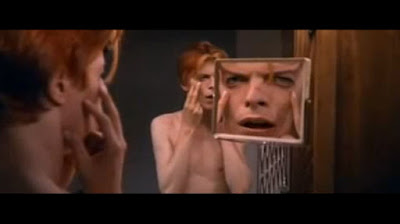 There are some interesting nominations for Best Actor 1976, and some significant misses, as tends to be the case. It’s possible that Dustin Hoffman had such a good year with both Marathon Man and All the President’s Men that voters didn’t know which performance to choose. We got two nominations for Network, and we could have gotten two for All the President’s Men, since Robert Redford was as much a lead as Hoffman. I’m a little surprised at the miss on Ben Gazzara for The Killing of a Chinese Bookie, since John Cassavetes and his films were often Oscar darlings. This was a good decade and a half before Clint Eastwood had any Oscar respect, but he could have gotten some for The Outlaw Josey Wales. David Carradine certainly could have gotten some attention for Bound for Glory. Finally, Oscar was hidebound in so many ways in 1976, and because of that, a musician like David Bowie in a science fiction film like The Man Who Fell to Earth was never going to get attention regardless of how good the performance was.

5. There are times when I find it difficult to address a performance objectively in comparison to the film in question. That’s the case with Giancarlo Giannini and Seven Beauties. There’s a great deal of this film that I find objectionable, not the least of which is the fact that our main character randomly rapes a woman in an institution. The point here is that this isn’t a terrible performance, it’s just kind of an ugly one. More to the point, in a year that had so many good male performances, it’s one that doesn’t belong here.

4. I’m a William Holden fan in no small way, and while I like him well enough in Network, he’s not in any way the most compelling person on the screen in almost every scene he’s in. Faye Dunaway and Peter Finch are always more interesting than he is in this film, which is also true of Robert Duvall and Ned Beatty. Beatrice Straight, who plays his wife, won an Oscar for this role despite being on screen for just over five minutes. As much as I hate to be the one who says it, William Holden didn’t really deserve to be here. It’s a good performance, but it’s less than every other performance of note in the movie. 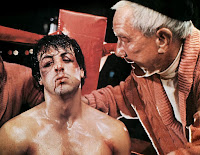 3. It wasn’t a real shock that Sylvester Stallone was nominated for Rocky, since in many ways, Rocky was the little film that could in 1976. It was the right movie for the right time, and it captured a lot of imaginations. A huge part of that was Stallone’s performance in the lead role. Rocky Balboa is a loveable dope, the sort of guy who couldn’t pour water out of a boot with instructions on the heel, and yet he’s easy to root for and to want to do well. Stallone plays him perfectly. It’s easy to forget that based on the career Stallone had in the years after.

2. When the topic of great movie speeches comes up, there are a few that will always be mentioned, like George C. Scott in the opening moments of Patton. One that will always sit at or near the top is Peter Finch’s “mad as hell” speech from Network. What’s easily forgotten is that Finch has a bunch of rants in Network. It’s also easy to forget that a big part of that film is watching Howard Beale go from respected newsman and journalist to raving lunatic at the behest and insistence of people who don’t care about who he is. It’s a great performance, and while I wouldn’t vote for him, I understand the vote entirely. 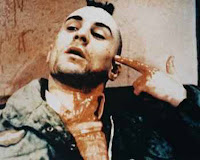 1. Taxi Driver is an unpleasant film, and one that I’m not likely to rewatch frequently. De Niro’s Travis Bickle is equally unpleasant, and not the sort of character one enjoys spending an afternoon with. That said, it is in many ways the apotheosis of Robert De Niro in front of the camera. He’s an actor that arguably earned any number of Oscars in his career, and this is one that wouldn’t take a lot of arm-twisting to argue for. I think there were a lot of really good performances from actors in 1976 that could have won in a lot of years, but for me De Niro was the best in a very strong year. 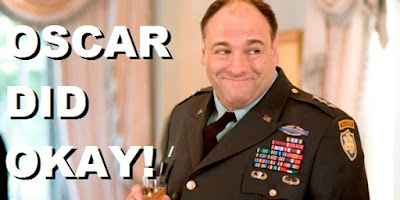