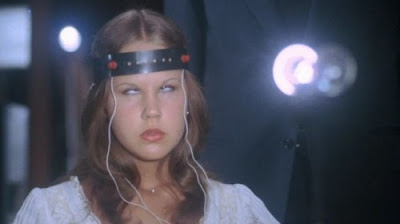 There are a lot of things someone could say about sequels. There are great ones, of course, and terrible ones. There are sequels that were unnecessary and sequels that are inexplicable. Potentially the best sequel ever made is The Godfather Part II, a film that won Best Picture at the Oscars. But what about the worst sequel? There are hundreds of contenders for that title, of course, but Exorcist II: The Heretic holds a unique position. While probably not the worst sequel in history, it probably is the worst sequel in comparison to the original film. The Exorcist is arguably the greatest horror movie in history and objectively one of the five best ever made. Exorcist II: The Heretic is worse than terrible because it attempts to subvert the original film.

The movie initially doesn’t try to do anything untoward in that respect. We’re four years down the road from the original film. We start with Father Lamont (Richard Burton) and a failed exorcism that leads to the death of the young woman being exorcised. Now having a crisis of faith, Father Lamont is asked by his cardinal (Paul Henreid) to investigate the death of Father Lankester Merrin (Max von Sydow), who died exorcising Regan MacNeil (Linda Blair). Evidently, there are some in the Church looking to posthumously excommunicate Merrin for his potentially blasphemous writings.

This means that Lamont will need to track down Regan, of course. She is now living in New York with her guardian Sharon Spencer (Kitty Winn). Everything seems normal with Regan, but she is under the care of Dr. Gene Tuskin (Louise Fletcher), who believes Regan is suppressing her memories from the events in Washington.

What follows alleges to be the driving force of the film. What it actually is is some ridiculous pseudo-science dressed up to help justify what happened to Regan and to other people possessed. Essentially, Regan is strapped into a biofeedback machine called a “synchronizer” that allows her to get her brainwaves in sync with another person. Somehow this allows them to share thoughts. When Regan goes into the synchronizer with Father Lamont, he gets to see what happened in her exorcism and also makes contact with the demon Pazuzu, who is evidently still inhabiting Regan in some way.

And this is what I meant when I said that Exorcist II attempts to subvert the original film. The exorcism that was entirely the point of the original film is more or less discovered to have just suppressed the demon. We also learn that Pazuzu attacks people who have healing gifts including the young woman from the start of the film as well as a young man in Africa (we’re never told which country) named Kokumo (played as an adult by James Earl Jones). And so Father Lamont goes to generic Africa to hunt down Kokumo but is still somehow connected to Regan psychically.

It just makes me shake my head. Pazuzu, the terrible demon from the original Exorcist here is what Regan calls her “dream name.” Pazuzu is so unterrifying that Father Lamont actually calls on the demon for assistance at one point. The third act is a mess that includes both Linda Blair as Regan and Linda Blair as a succubus version of Regan attempting to seduce Father Lamont. I’ve seen plenty of unpleasant things in my life watching movies, but a baby-faced, 18-year-old Linda Blair attempting to seduce a befrocked 52-year-old Richard Burton is going to rank on there somewhere, and it’s going to rank high.

This is a big, dumb movie that wastes a potentially tremendous cast. Linda Blair’s career was pretty much decided by her involvement in The Exorcist, but much of the rest of the cast here has some cojones. It’s unfortunate that John Boorman, a capable director at least some of the time, was unable to restrain Burton’s natural penchant for ham and scenery chewing. Rather than being about Regan MacNeil and Pazuzu, it’s about Burton’s shameless emoting.

Honestly, I don’t have a lot more to say about it. Exorcist II: The Heretic is worse than a bad sequel and worse than an unnecessary sequel. It is an affront to the original movie and an insult to any audience who tries to watch it. If you love horror movies or have any affection for William Friedkin, Ellen Burstyn, William Peter Blatty, and Max von Sydow, stay as far away from this as you can.

Why to watch Exorcist II: The Heretic: You feel compelled to watch the movie between the near-perfect The Exorcist and the surprisingly good Exorcist III.
Why not to watch: It might be the worst sequel ever made compared with the first movie.

Posted by SJHoneywell at 9:48 AM