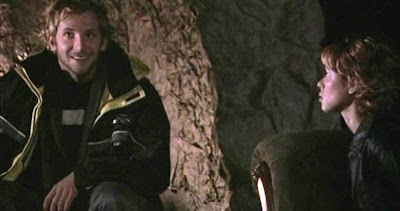 Horror more than any other genre is indicative of the fears of the country from which they are made. Expect to see a lot of plague-related and confinement-adjacent horror movies in the next couple of years as a reaction to COVID-19, for instance. Horror is also extremely reactive to culture. With the rise of the internet in the late ‘90s and early ‘00s combined with shows like Big Brother, a film like My Little Eye was more or less inevitable.

Stop me when you guess where this is going to go. A group of 20-somethings are recruited to be in a new web show. Five of them are selected and put into a house. If they all stay the whole time, they split $1,000,000. If any one of them leaves (defined effectively as not being in the house at curfew), none of them get anything. We are given a short introduction to our five people, and then when the movie starts, we’re just a couple of days away from the six-month goal.

It’s not too much of a surprise that our five participants vying for the $1 million are going to be essentially character types rather than actual characters. We’re going to have Rex, the asshole (Kris Lemche); Danny, the sad boy (Stephen O’Reilly); surfer dude Matt (Sean Cw Johnson); the-obligatory-sexpot Charlie (Jennifer Sky); and troubled girl Emma (Laura Regan). While we will get a few specifics about them (Danny is strongly attached to his grandfather, for instance), these are roles, not characters, and they’re generally interchangeable with similar characters from other movies.

Anyway, now that they’re close to the end of their six-month ordeal, the people running the game are starting to play things a little harder. Danny gets a letter saying that his grandfather has died, for instance. But is it real? Is it an attempt to get Danny to leave the house and head to the funeral and thus void the million dollars for everyone? Suspicions are naturally aroused when, instead of a food delivery, they get a box full of bricks, which Emma assumes is related to a strange and upsetting story in her past. Essentially, everyone in the house starts taking a lot of things personally. And then things get very strange when a stranger appears out of nowhere.

The stranger, Travis (Bradley Cooper!), claims to be someone who works online, but has never heard of this house or any of the people in it. Eventually, he hooks up with Charlie, and then is happy to speak directly to the cameras. It’s fairly clear that Travis is a part of the game as well, even if his breaking the fourth wall happens for our benefit and not for that of the other people in the house. Travis leaves the next day, and shortly thereafter his destroyed and bloody backpack is discovered. Was he attacked by an animal? Is it another game? And what is Rex going to find when he manages to hook up Travis’s laptop and starts searching for their webshow?

The setup is a natural one for the time. People were still very much figuring out the internet in 2002, so while My Little Eye plays as a very naïve web-oriented film today, for its time, it’s exactly what you expect. It’s hard to remember exactly what the web was in 2002. I know it’s a few years after I lost a job writing online because we couldn’t make any money online and several years before people really figured out how to make the economics of the online world work. Webshows like the one posited here are right in line with that.

In fact, the biggest problem with My Little Eye is just how boring these people evidently are. Sure, we get some stories about their past in the movie, but remember, this is at the end of these people living together for six months. It’s clear from conversations early on that the five of them have been celibate the entire time, and while there are webcams in the bathrooms, paying subscription fees to watch five people take sexless showers seems like a lot to ask in the pre-free-porn internet world.

Ultimately, My Little Eye is an idea that was absolutely going to be turned into a movie. It combined the paranoia of being under constant surveillance (this being a couple of years after The Truman Show) with the increased interest in the internet and the online world. And it’s a natural subject for a low-budget horror movie.

Truthfully, seeing a very much pre-fame Bradley Cooper is the most entertaining part of this. It devolves into about what you would expect in the last half hour and fails to remind viewers that subscribers for this would have had to wait six months for any kind of payoff. Worse, where it ends up is pointlessly nihilistic. It takes a very solid and natural idea and does as little as it can with it.

Why to watch My Little Eye: A very surprising and entertaining cameo.
Why not to watch: It lapses very much into predictability.