Every year I suggest a collection of ten films that I think deserve to be on the 1001 Movies list that have, for one reason or another, been overlooked. I take this seriously in the sense that I really want these to be movies that belong on The List for some reason. They aren’t just movies that I like or that I wish more people knew about. That can be a challenge—but not in the way you might expect. Heading into this post, I have a list of 37 possibles. Presented in no real order are the 10 that I think should have made the cut. 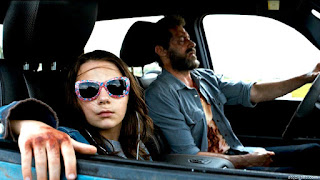 1. Logan (2017)
The List is extremely lax in terms of super hero movies. The addition of Black Panther in the latest edition makes for the third superhero movie included, which is surprising. Of all of the superhero movies that have existed, Logan is in many ways the most serious and the most contemplative, and because of it, the one that in many ways has the most to say. It’s also the sort of superhero movie that is worth watching even by those who don’t normally cotton to the genre. It’s one of those rare films that transcends the genre it’s in, and it should be recognized. 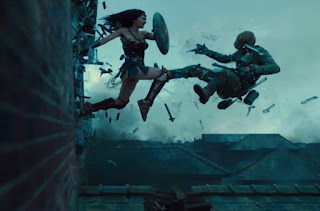 2. Wonder Woman (2017)
We’re staying in the same genre with Wonder Woman, and we’re even staying in the same year. The reason for its inclusion, though, is completely different. If we’re going to talk about importance, it’s impossible not to include Wonder Woman in the discussion. For a major action release—based on a superhero, no less—to feature a woman as the main character and to be this good and this effective as well as this successful should be a wake-up call for the industry. We’ve yet to see if it is (Captain Marvel may well cement this truth), but it’s certainly something that should make everyone sit up and take notice. 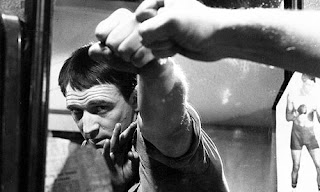 3. This Sporting Life (1963)
Film has had a long-standing relationship with the world of sports, and few films deal with that relationship more aggressively than This Sporting Life. That may, in fact, be why this film hasn’t been named to the list. Rather than glamorizing the sporting world, this film instead shows it to be dirty and seamy, ugly and brutal. It is perhaps the most surprising and robust performance in the career of Richard Harris, who gives a masterclass in playing a brute. It’s an impressive film in every way it can possibly be impressive. 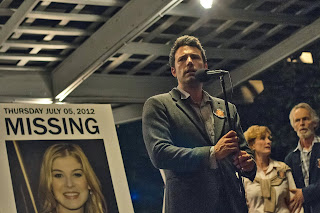 4. Gone Girl (2014)
The thriller genre always wants us to think one thing while presenting a film that ends up somewhere completely different. We’re being faked out, and a large part of the thrill is understanding that there’s going to be an attempt to make us doubt everything we’ve seen. Gone Girl does this better than just about anything from the last decade or so. It’s another reminder that Ben Affleck belongs behind the camera rather than in front of it. And holy shit, that reveal! Few movies have done it better. 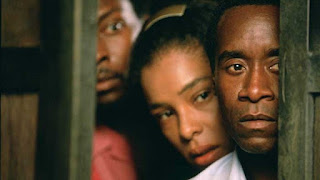 5. Hotel Rwanda (2004)
I’m still shocked that Hotel Rwanda isn’t here, since it seems like exactly the sort of movie that dominates the 1001 Movies List. This is a social injustice film, a genocide film, a political film, and a triumph of the human spirit film all wrapped up in one package. It’s the sort of film that people watch once and never again. That’s almost certainly going to be my relationship with it, but I’m glad that I saw it. Of all of the movies I have suggested be added to The List, this is the one I’m the most interested in learning why it’s never made it on. 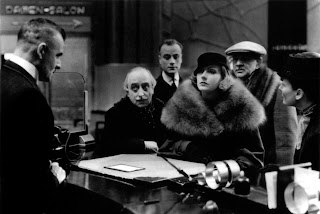 6. Grand Hotel (1932)
Grand Hotel holds the unique distinction of being the only Best Picture winner that was not nominated for another Oscar. It also catches a lot of hell from people into films of this vintage and I’ve never understood why. There’s so much to like about Grand Hotel in the way the narrative works. In a better world than the one we live in, this would have continued for a second movie that starts where this one ends, and they would have continued on and on, with stories starting and ending and intertwining for years and years. 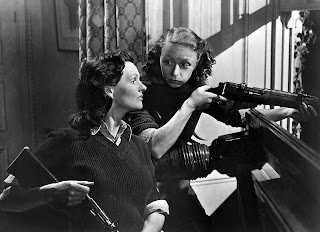 7. Went the Day Well? (1942)
Propaganda films are their own little corner of the cinematic swimming pool, and those that are created while the war is going on are particularly fascinating to me. Went the Day Well? posits a German invasion of a small British village by German paratroopers and, naturally the fierce and ultimately vicious retaliation of the villagers. The story doesn’t avoid the idea of a fifth column and isn’t shy with the killing of otherwise innocent people whose only crime is fighting back against oppression. It’s a hell of a movie for what it is.

8. The Dead Zone (1983)
Adaptations of Stephen King stories come in essentially four varieties. There are those that are very good but are not really horror stories (The Green Mile, The Shawshank Redemption, Stand By Me). There are the movies that are awful adaptations (Maximum Overdrive) and there are the good horror adaptations that are wildly different from the original text. The Dead Zone falls somewhere between the first and third categories. Not really a horror film, but with clear horror elements, this is a film that demonstrates that it’s possible to be faithful to King’s stories. 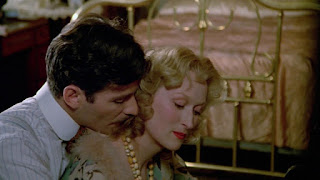 9. Sophie’s Choice (1982)
I could probably create a list of ten movies that are Holocaust-based or connected that aren’t on The List that could or should be, and that’s coming from the position where I think The List is already too Holocaust-heavy. Sophie’s Choice seems like such a natural choice for The List, though. It contains one of the truly great performances from perhaps the greatest actor in film history and has that dark dramatic theme that the listmakers seem to love. Sophie’s Choice is actually noteworthy in its absence, and I’m continually surprised that it’s not here. 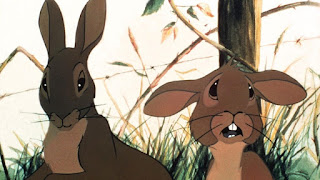 10. Watership Down (1978)
The List has always been light on animated films and, along with horror and science fiction, the biggest knock against it is its constant decision to leave off these somehow less important genres and styles. Watership Down is an early entrant in the category of animated films that are clearly not made for children, a film that really could not have been made any other way with a chance at remaining faithful to the source material. It’s also a film that I’m staggered by the fact that it exists at all. Of course, I could say the same thing about the book itself.