I made a lot of progress on this list in February. A lot of that progress is in movies from the last couple of years, and I put up full reviews of several. These include Malignant, Suspiria, No Time to Die, and Titane as well as both Don’t Look Up and Nightmare Alley, which I saw before the Oscar nominations were announced. With those that are going to be reviewed here, I was again recent movie-centric, but there are a few older ones as well. 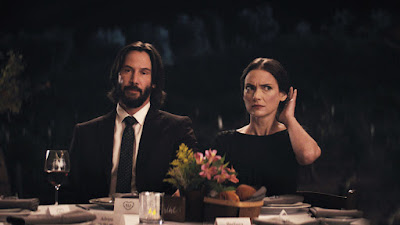 A rom-com for people who hate rom-coms, Destination Wedding features a self-loathing Winona Ryder paired up with a world-hating Keanu Reeves heading to a wedding in California wine country. The two hate each other, but essentially refuse to talk to anyone else at the wedding, somehow less miserable making each other miserable than they would be in other circumstances. The dialogue is biting and cynical, the observations are cruel, and it’s a lot funnier than it has any right to be. It won’t be some people’s cup of arsenic, but those who like it will like it a great deal. 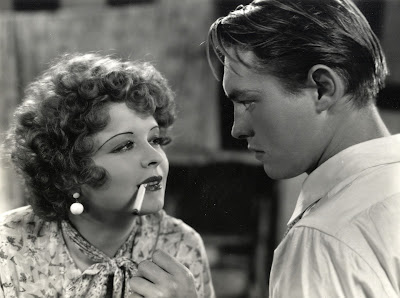 A pre-code drama/romance featuring the naïve young son of a carnival manager and the hoochie-coochie dancer with a bad reputation. The bland Chris (Richard Cromwell) falls hard for dancer Lou (Clara Bow) as a revenge plot from Carrie (Minna Gombell). Why? Because Chris’s dad Nifty (Preston Foster) dumps her when Chris shows up at the carnival. The scam fails to take, though, when Lou somehow actually falls for Chris. This is nothing special aside from the entertaining performance of Clara Bow in what would turn out to be her final screen role. It’s worth seeing for that and not a great deal else. 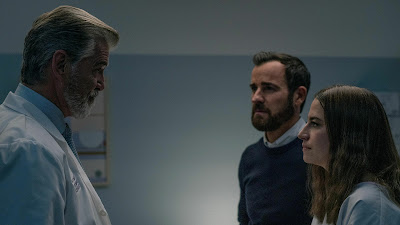 There is something very upsetting about the process of childbirth, which is why so many horror movies touch on the idea of birth. That’s clearly the case with False Positive, which chronicles the fertility troubles of Lucy (Ilana Glazer) and Adrian (Justin Theroux). Convined to use a specialist (Pierce Brosnan), things start to go strange for Lucy almost immediately. There is the danger of a “magical Negro” stereotype here that is nicely sidestepped, but False Positive could be a lot more than it ends up being. As disturbing as this wants to be, it’s really just a lot more disappointing than anything. The gore at the end feels gratuitous rather than earned. 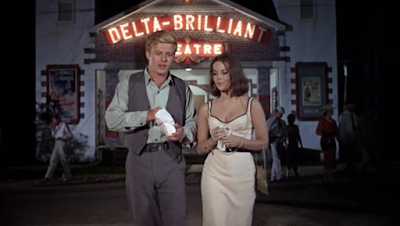 This is a frustrating movie, not because of quality or cast, but because of where it goes. It’s a movie that very much wants to have a happy ending for Owen (Robert Redford) and Alva (Natalie Wood). But, this is a movie based on a one-act Tennessee Williams play, so there’s not going to be a happy ending for anyone. Railroad man Owen arrives in a nothing little town to lay off much of the railroad crew and ends up spending time with Alva, the town flirt, who is pursued by all of the local men. The conflict isn’t with those men in general, but with Alva’s mother (Kate Reid) who sees Alva’s youth and beauty both as a ticket out of poverty and as something to be jealous of. Mary Badham rounds out a solid cast, but this is a sad one, which is exactly what you should expect from the source material. 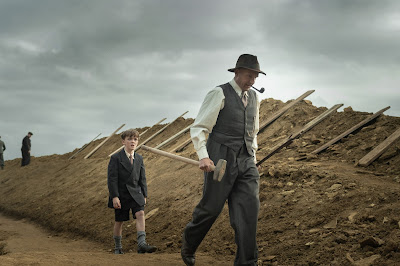 There is something very wistful to me about archaeology, and The Dig matches that feeling for me. An untrained excavator named Basil Brown (Ralph Fiennes) is hired by estate-dwelling widow Edith Pretty (Carey Mulligan) to dig up burial mounds on her estate. It is soon evident that the mounds house something extraordinary. The looming winds of World War II, pressure from the British Museum, and more conspired to make the dig fraught with emotion. This is enhanced by the love triangle between married archaeologists Stuart and Peggy Piggott (Ben Chaplin and Lily James) and Edith’s cousin Rory (Johnny Flynn), who steps in when Stuart is inattentive as well as Edith’s serious heart condition. It’s beautiful and sad, and a reminder that even academia has haves and have-nots, and even pure science is often unfair.

It would be easy to call this derivative of other teen/high school comedies like Porky’s or Fast Times at Ridgemont High, but Rock ‘n’ Roll High School came first. If it needs to be derivative of something, that something is probably Animal House. If I’m honest, I have to say that it’s not very good, but it’s a dandy vehicle for a bunch of Ramones tracks (and some Nick Lowe, DEVO, Velvet Underground and more). The plot is dumb, but it’s funny dumb, and not a one of the Ramones can read a line well, but who cares? Blow up the damn school and rock out with your cock out. 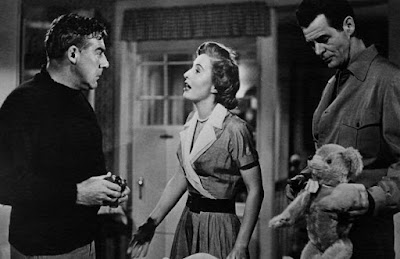 Barbara Stanwyck, Robert Ryan, Marilyn Monroe in one of her first serious roles and directed by Fritz Lang? Clash by Night isn’t the best film of anyone involved, but it’s good enough to be worth seeing. Party girl Mae (Stanwyck) returns to her fishing trade hometown and settles down with (and settles for) dumb, but sweet and solid Jerry (Paul Douglas) but immediately falls for Jerry’s crude friend Earl (Ryan). It’s a dirty love triangle that wants to be a noir but can’t quite get all the way there. It’s good, if not great, and there is an unpleasant racist moment in the middle of it that strikes a very ugly chord today.

Posted by SJHoneywell at 8:09 AM

Email ThisBlogThis!Share to TwitterShare to FacebookShare to Pinterest
Labels: Clash by Night, Destination Wedding, False Positive, Hoop-La, Rock ‘n’ Roll High School, The Dig, This Property is Condemned, What I’ve Caught Up With