What I've Caught Up With, September 2021

I spent a lot of time in September preparing for the last ten days of October and my traditional run of 40 posts in the lead-up to Halloween. Despite this, I also managed to knock out six movies on this list. I did a little more than that, actually--I watched all three of the latest Star Trek movies, for instance. I also finally got around to watching Pumping Iron, which I strongly recommend. I'm not sure how many I'll get through in October, since I'm still trying to get ready for the 22nd and beyond, but I guess we'll see in a month. 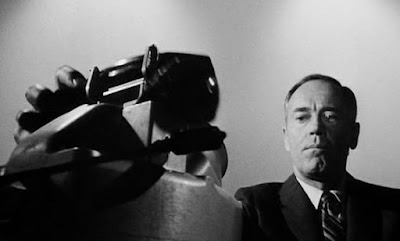 When you think about apocalyptic films from mid-‘60s, it’s natural to go to Dr. Strangelove. Fail-Safe was made at roughly the same time and has an almost identical plot. The difference is that this is entirely serious and not a parody. The destruction of the world through incompetence, mechanical failures, and technological advances is played out as a tragedy, not a comedy. As such, it’s a fine thriller with some solid performances (Henry Fonda makes a good president, after all), but it’s never going to be the right tone. World destruction, after all, is naturally comedic. It’s dark, and arguably too dark, which is odd to say about a movie with a body count that is probably in nine figures. 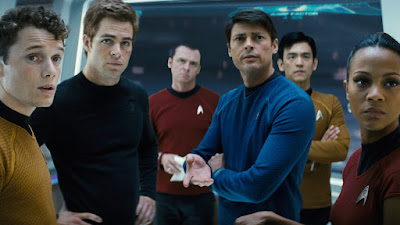 It's always tempting to reboot a series, but it’s not easy to do in a way that will attract new fans without alienating the old ones. So how do you reboot the Star Trek universe, whose fanbase is unbelievably dedicated? Well, a little time travel and a little alternate universe, and you’ve got characters with the same names but an entirely new continuity. It was a really smart way to handle things and having Leonard Nimoy show up as a bridge between the original series and the reboot was brilliant. It was entertaining, fun seeing new takes on classic characters and, while the villain was undeveloped, it’s not a bad re-introduction to the world and characters. 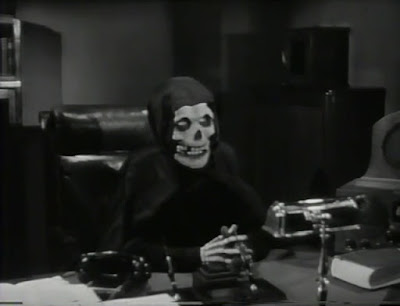 Not so much a film as a classic Republic serial, The Crimson Ghost involves atomic bombs, criminal masterminds, and a bad guy who was eventually used as the logo for the band The Misfits. It’s about what you expect it to be. Every 13-15 minutes, there is a cliffhanger and then another set of credits as we move to the next episode in the serial. It would not have been difficult to turn this into a movie of about half this length. This is clearly kids’ stuff, but it I admittedly fun kids’ stuff, filled with Science! and Technology! Plenty of sped-up footage adds to the hilarity, and I believe there are more fistfights per minute than in anything I’ve ever watched. 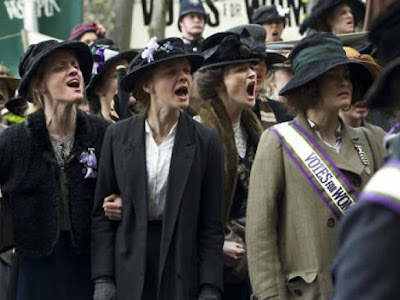 There is a particular genre of film that is all about making the audience righteously indignant on behalf of the people in the film. Suffragette, which covers the movement for women in the U.K. to gain the right to vote, is such a film. A tremendous cast the features Carey Mulligan (certainly an Oscar winner someday), Meryl Streep, Helena Bonham Carter, Ben Whishaw, and Brendan Gleeson. It’s not a happy film by any stretch, but is an important one, and one worth seeing. Watch this and tell me unions are a bad idea, or that the political right stands for anything useful, I dare you. 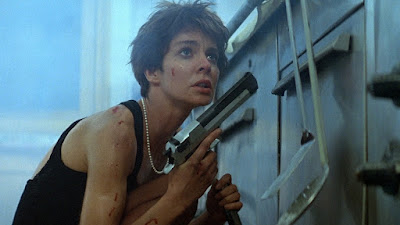 I’ve seen the remake with Bridget Fonda a couple of times, but this is my first time watching the original. What we lose in not having Bridget Fonda in the main role we gain in having Luc Besson as the director. In a chapter of his book A Year at the Movies, Kevin Murphy discusses original film versus foreign remakes. In each case with the exception of this one, Murphy suggests watching the original. For La Femme Nikita/Point of No Return he suggests that neither is worth watching. He’s kind of right. It’s not bad (the third act was a surprise to me, and the remake’s third act is better), but it’s not necessary to watch it more than once. 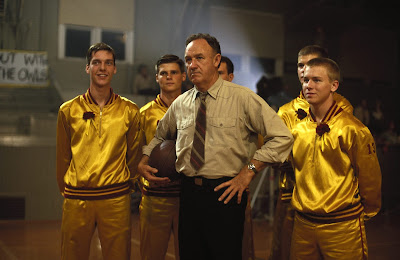 There’s something both pure and terrible about high school sports. Hoosiers is one of those movies where the ending and the various emotional beats are not surprising, but Hoosiers is simply damned good at what it does. It reminds me of Strictly Ballroom in that sense—I know what’s coming and I still fall for it. Much of that comes from the masterful performance from Gene Hackman, who has rarely, if ever, been better. Barbara Hershey is one note and flat, but Dennis Hopper makes up for a lot of deficiencies. What’s interesting is how we are directed into rooting for the white kids against the black kids in 1950s Indiana.

Posted by SJHoneywell at 8:21 AM