I sometimes think that more recent years seem to have more snubs simply because they are recent. Lots of films from older years have vanished or fallen away and are virtually forgotten. The difficulty I’ve had in finding some of these films—Oscar nominees all, and winners in some cases—is evidence of this. For 2006, the list of nominees isn’t bad, but there’s some significant room for improvement. We will, as always, start with the sorts of movies less likely to get a nomination for the non-technical awards. These include James McTeigue and V for Vendetta, William Friedkin for Bug, and eventual Oscar darling Alfonso Cuaron for Children of Men. I can probably include Bong Joon-ho and The Host here as well. Spike Lee directed Inside Man in 2006, and Lee (at least until this year) has never been a favorite of the Academy. Guillermo del Toro is a new friend of Oscar, and we can argue what his best work is back and forth, but a nomination for Pan’s Labyrinth certainly seemed warranted. Richard Eyre might have earned a nomination for Notes on a Scandal in a different year. Finally, I think there’s a real case to be made for Florian Henckel von Donnesrmarck’s work on The Lives of Others. 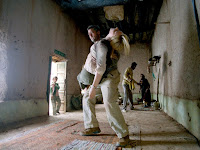 5. I like Inarritu’s work in general, but Babel is a film that has faded in my estimation the more I think about it. I liked it a great deal when I first watched it and now, well, I still think it’s well made but I don’t have the same sort of affection for it that I did. Based on what was available this year and the movies that were made, this isn’t a movie I would support being nominated for this award. It’s not that Inarritu didn’t do the story justice. It’s more that there are other movies and other directorial performances I like a hell of a lot more.

4. I liked The Queen a lot more than I thought I was going to; after all, it’s not the sort of story that typically gets me ramped up. The reason I liked it, though, was entirely because of Helen Mirren and James Cromwell. That said, I think Stephen Frears did something really interesting with this film in the he made Elizabeth much more approachable as a person rather than as a monarch. I like what he did here. While Frears would not make my list of nominations, I don’t entirely hate his presence here, nor do I entirely disagree with how he got here.

3. Far be it from me to take away Martin Scorsese’s lone Best Director Oscar, but The Departed is one of those cases where someone won for a career rather than for a particular film. Scorsese deserved to win any number of times in the 30 or so years before he finally did with The Departed. I get that. The Academy made mistakes over and over again when it came to him, and they finally rectified that. The problem is that they rectified it with the wrong movie. Scorsese might get a nomination from me, but he certainly doesn’t get the win.

2. I have a great deal of respect for what Clint Eastwood did with Letters from Iwo Jima. Where he could have turned the Japanese troops into savages and monsters (see, for instance, what Mel Gibson did with Hacksaw Ridge), he instead humanized them and made them people to be pitied and empathized with rather than hated and feared. I was close to putting him in first for this and I still might be convinced to do so if someone really fought hard for it, but it’s instead going to be a very close second for me in terms of the nominations.

1. My winner, at least for the five nominees, is Paul Greengrass and United 93. I’ll freely admit that this is a movie I have not wanted to watch again since my one and only viewing of it. It’s a hard story to tell, and Greengrass manages to tell it about as well as it can be told, does it without comment, and wisely ends the film at the right point. I will probably never watch it again, but it is absolutely a film that demands to be seen. It’s not my ultimate pick, but of the nominees, it’s where I would place my vote. 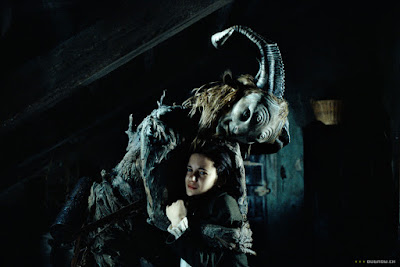 In a lot of ways, the race for the best movie of 2006 was in the Best Foreign Language Feature category with the fight between Pan’s Labyrinth and The Lives of Others. Which is the better film? It’s hard to say, because both of them are damn near perfect. Who did the better job directing? Hard to say, because the storytelling in both is also damn near perfect. My heart votes for del Toro; my head for Henckel von Donnesrmarck, and I’d accept either as my winner.