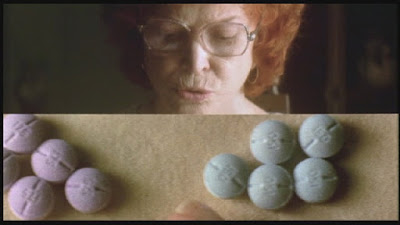 2000 is one of those years where the vast majority of screenplays I like fall in the other category. Almost everything I looked up to see if I could include it here as a miss was instead an original screenplay and not adapted. That means when I finally do that category for this year, it will be packed with potential nominations that didn’t make it. Since Oscar tends to hate horror-scented movies and already had a foreign language nomination in the category, Battle Royale got ignored. Since Oscar tends to hate horror and movies directed by women, American Psycho got left out. I’m not terribly surprised at the miss on The Perfect Storm, although I think it’s a good adaptation, and one of those movies I find easy to watch. That’s not true of Requiem for a Dream, which is a surprising miss.

5. I really didn’t love Wonder Boys. I haven’t really loved the work of Michael Chabon in general, and I found a great deal of this movie to be pretentious waffle about pretentious people. It’s another one of those movies where I wanted to punch just about everyone in the cast. This is despite the fact that I like most of the actors. I get very tired of stories by writers about writers and how difficult their lives are. Wonder Boys is just that compressed into a weekend where I wish there had been more car accidents and explosions to kill them off.

4. I genuinely like Chocolat as a movie, but the screenplay is the least impressive part of it. What sells the movie is the performances involved and the excellent casting. The story is, well, nothing that you haven’t seen before. In fact, the story is a hell of a lot like Footloose, but involving food instead of dancing. There’s nothing wrong with making a chocolatier version of Footloose, of course, but Chocolat has no surprises, and I expect more from an Oscar winner.

3. Traffic is a good movie, and it does one thing really, really well—it paints the problem being depicted as not merely a drug issue, but one where there are plenty of problems and blame on all sides. It gives us a complicated issue, not a sound bite or a platitude. That being the case, I get why it won. And yet, at the same time, Traffic has all of the subtlety of a rubber mallet to the kneecaps. I suppose it’s a good thing that you can sleepwalk through this and get the message, but shouldn't we be expecting more from the winner here?

2. Crouching Tiger, Hidden Dragon is probably my favorite movie from 2000, and there are a lot of things that I love about it. The screenplay is one of those things, not because of the action sequences (which are great), but because of the tragic and beautiful love story between Li Mu Bai and Yu Shu Lien. This is a romance in the trappings of a martial arts spectacular, and it’s one of my favorite movie romances ever because it is so beautiful and so tragic. It would be my winner in a lot of years, but not this one. 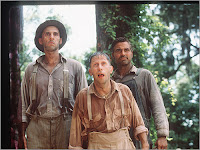 1. I’m giving this to O Brother, Where Art Thou? for a couple of reasons. The first is that it’s really fun and funny, something that seems rare in Hollywood. The second is that it’s clearly based on The Odyssey, but you have to know that movie to see the influence. It works if you don’t know, but it works so much more if you do. Making that epic into a comedy is a piece of brilliance, and having it work this well is amazing. Also, the Coens gave writer credit to Homer, and that’s a boss tier move. It's one of their best, and it should have won here. 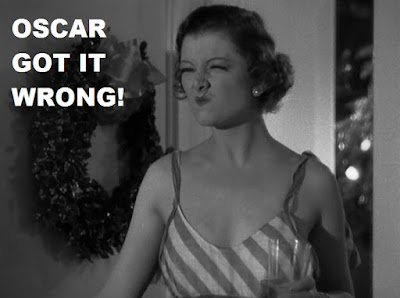