Every year around this time, there’s hints and rumors and guesses about what might be in the next edition of the 1001 Movies book. A couple of days ago, fellow 1001 blogger Adolysti dropped me an email linking me to a Facebook post that has what looks to be the additions to the upcoming book. While there are some odd additions (and it appears they’re pulling both Hell or High Water and Arrival, two criminal losses), this seems like a legitimate set of films. 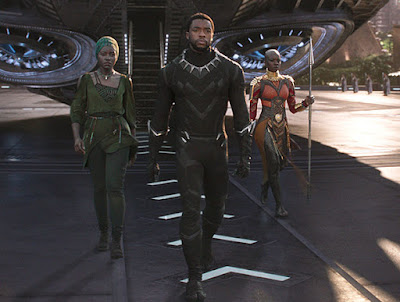 Here are some thoughts:
* If this turns out to be accurate, I’m in good shape. There are 11 additions here and I’ve seen eight and have posted reviews of seven (so I’ll be rewatching Lady Macbeth). Being fairly dedicated to watching Best Picture nominees seems to be paying off in that respect.
* The addition of Black Panther, while not unexpected eventually, does seem early. It’s only the second Marvel movie to make the List (Guardians of the Galaxy made it), but it’s one I figured would be here. I didn’t expect it until next year, though. I think this is the first time a movie has been added to an edition from the same year.
* There are multiple movies here with genuine horror elements. Get Out is very much a horror movie and mother!, while kind of unclassifiable, certainly leans in that direction. The Shape of Water is a cryptid romance with horror sensibilities, and there are certainly some horror elements in Lady Macbeth. This is a good thing, and perhaps it’s a sign that the Listmakers have removed the anti-horror stick from their collective ass.
* I was mostly concerned about Dawson City: Frozen Time, since NetFlix doesn’t have it. Turns out my local library does.

I guess we’ll have to wait a few weeks for the official book, but I may try to track down the four I haven’t reviewed before then. It would be interesting to be done before I start for once.