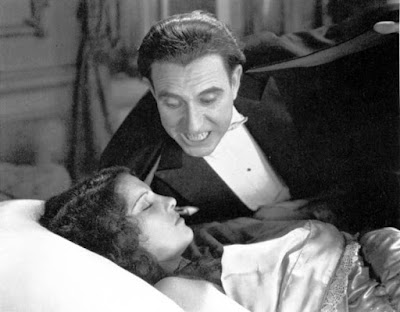 Back in the day, before people realized that they could dub movies, it wasn’t uncommon for studios to make multiple versions of the same film. Using a different director and a different cast and crew, the same film would be shot on the same location, but in a different language. A lot of these alternate versions are sadly lost. One thought lost for years but discovered in the ‘70s was the 1931 Spanish version of Dracula. Preformed on the same sets as the classic version starring Bela Lugosi, this version is arguably as good as the one everyone knows and is potentially even better.

Of course, it’s chic to talk down a classic and talk up a version that most people haven’t seen. There are a few points that the Spanish version of Dracula has going for it. The first is that this version was filmed at night on roughly the same schedule as the other Dracula. This means that the crew of this version got to see the dailies of the other film, allowing them to set up better lighting and camera angles in many cases. The same is true of our star, Carlos Villarias, who was the only member of the cast to see the dailies, allowing him to mimic Lugosi as much as possible. The other advantage is that this version is longer, giving the story a bit more space to breathe.

I won’t go much into the plot here. If you don’t know the basic story of Dracula, there’s not a lot that I can do for you; unless you’re younger than about 16, you should also be a little ashamed of yourself. Seriously, go read the book if nothing else—the book is fantastic. This version of the story will have a few differences from the book, but will be pretty closely following the story of the more familiar film version. Essentially, a lawyer named Renfield (Pablo Alvarez Rubio) goes to Transylvania to help bring Conde Dracula (Carlos Villarias) to England. While there, Renfield is brought under Dracula’s terrible power and becomes his insane slave. The two travel to England, with Dracula killing everyone on the ship that brings them.

Once in the U.K., Dracula meets Dr. Seward (Jose Soriano Viosca) and his daughter Eva (Lupita Tovar), Eva’s fiancé Juan Harker (Barry Norton), and Eva’s friend Lucia (Carmen Guerrero). Also in the mix is Van Helsing (Eduardo Arozamena), who soon figures out that Conde Dracula is a vampire. Dracula goes after Lucia first, then Eva, planning on making her his undead bride for all eternity. It falls to Van Helsing, Dr. Seward, and Juan Harker to deal with the vampire and save Eva’s soul if not her life.

I said above that there are a couple of places where this version of the story is better than the movie version from 1931 that everyone knows. One that I haven’t mentioned is the presence of Pablo Alvarez Rubio as Renfield. Rubio is a tremendously good Renfield, coming across as just unhinged enough to be believable as an insane person, but capable in moments of appearing sane enough to be coherent. It’s also worth noting just how good Carlos Villarias is as Dracula. It’s so natural to see Lugosi in the role, but Villarias has an interesting take. His facial expressions—a combination of Machiavellian greed, lust, and evil—are perfect for the role. I’m not convinced that he is better than Lugosi; he’s merely different from Lugosi. The success of Bela Lugosi in the role comes in no small part from his accent and Eastern European countenance. Villarias does the best he can, but he lacks those features.

The real question here is whether or not this is better than the version of the film that everyone knows. I don’t know that I can accurately say one way or the other. It is superior in real ways, as listed above. I like that this version adds about half an hour to the story, giving it a little more space and an ability to more deeply and clearly explore the characters and the story.

It’s not a perfect version, though. Much of the issues come not from the cast and crew or the language, but the time. A lot of the action happens off screen, which hearkens back to the stage play roots of this version of the story. We don’t see anyone turn into a vampire. We know that Dracula is preying on Lucia and Eva, but we never really see that happen. In other words, it has the same issues that the Lugosi version does.

If you’re a fan of horror movies of this era, this is one to track down without question. It’s absolutely worth your time.

Why to watch Dracula: It’s the same story as the version you know, but very different.
Why not to watch: It’s hard to find.