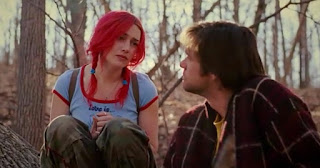 This is a rare thing, but I actually like most of the movies nominated for this award. That doesn’t mean that I think all of these directors necessarily deserve to have been nominated, but at the very least, I appreciate the films themselves. Still, as is usually the case, there are some directorial efforts here that should be rewarded with at least a nomination. We can start with Michael Mann and Collateral, a film that is better than its box office. Foreign language films tend to be limited to one nomination every few years, which worked against the chances of both Oliver Hirschbiegel and Downfall and Kim Ki-duk’s work on 3-Iron. The two I’m honestly surprised at being left in the cold are Terry George for Hotel Rwanda and Michael Gondry for The Eternal Sunshine of the Spotless Mind.

5. What I’m going to say about Vera Drake is something that is going to be a minor theme for this award in this year: other than tell the story well, I’m not sure what Mike Leigh actually did here. This is a film that I like a great deal more than I expected to, and it’s one that I think was justifiably nominated in a number of places. But Leigh’s work seems more to be of the sort where he simply gets out of the way of an expert cast telling a good story. It was the right decision; this didn’t need a lot of flash. But making the right decision at the outset doesn’t inherently deserve a nomination.

4. Million Dollar Baby is a movie that I liked well enough when I watched it, but that has fallen in my estimation since I finished it. It’s not one I’d prefer to watch again any time in the near future. The issue I take with it in retrospect is the same one I had with it when I first watched it. There’s not a moment of this film that doesn’t telegraph exactly where it’s going and what it’s going to do when it gets there. If you’re surprised by things that happen in Million Dollar Baby, you haven’t seen enough movies. Sure, you can say that’s the fault of the screenplay, but it’s the director’s job to tell the story in an interesting and compelling way. Eastwood is a good director, but he dropped the ball a bit on this one.

3. What I said about Vera Drake is similar to what I could say about Alexander Payne and Sideways. Payne managed to get tremendous performances out of his main cast, and that goes a long way in my book. But other than that, a lot of what he did was get out of the way of those performances. Sideways manages to crawl into third place for me because there are moments in this film that are as good and as emotionally impacting as you’re going to find just about anywhere, and while a lot of Payne’s work here is just filming what’s in front of him, he does get credit for those killer moments.

2. I liked Ray more than I thought I would going in. Again, it would be not completely out of the way to suggest that Taylor Hackford got out of the way of a career performance, but let’s be honest here—this was a banner year for Jamie Foxx. But here’s the thing: it’s hard to keep a story interesting when the ending is generally well known. I knew a great deal of at least the surface of Ray Charles’s life, and yet I found Ray fascinating from start to finish. Some of that has to be a credit to Hackford, who is the one telling the story.

1. There are plenty of times that Martin Scorsese should have won Best Director, and I’m adding this year to that list. The Aviator is a film that could have very easily gone off the rails. It’s a film that gets surprisingly little love from fans of Scorsese and Leonardo DiCaprio, and I don’t understand why. It’s in the top tier for both of them. Scorsese made interesting and risky choices, like creating a film that mimicked the look of two-strip Technicolor, and he made them pay off. It’s unjustly forgotten and it should have been much more rewarded. 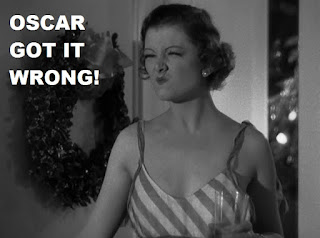