Films: Same Time, Next Year
Format: DVD from NetFlix on The New Portable. 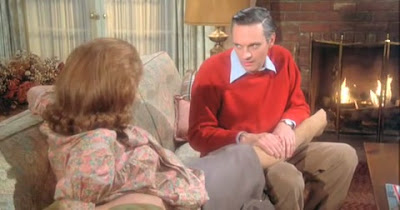 It’s been an odd, recurring thing with these movies that I’ve left to the end on the large Oscar list. So far, in almost every case, there’s been something in this movies that has been like biting on tinfoil for me. It’s as if I avoided certain movies instinctively while knowing virtually nothing about them. That certainly seems to be the case with Same Time, Next Year. I knew the premise of this going in, which is probably why I avoided it until now. Had I known before what I know now, I’d have still avoided it, but for different reasons.

The elevator pitch for this movie is that two people, George (Alan Alda) and Doris (Ellen Burstyn) have a chance meeting at a California hotel in the 1950s. Despite being married to other people, they spend a night of furious passion with each other, and despite the guilt feelings the next morning, decide to meet at the same place the following year. Essentially, they are unfaithful to their spouses with each other for a single weekend every year. p> To chronicle this, the film doesn’t give us a couple of minutes of every year, but reconnects us with George and Doris roughly every five or six years for about two and a half decades. After their initial encounter, we spend five other weekends with them, experiencing the differences in their lives and their constantly changing philosophies while they struggle with each other, their own guilt, and just about everything else.

As you almost certainly expect, given the premise, there are moments here that are tragic and those that are comic. This is aiming directly for bittersweet, a sort of “if only” romance that is made sweeter in our minds by the fact that these two people, over the course of 25 years, have spent only about 50 days together. George, during our fifth visit with them says as much, commenting that in some ways they are still on their honeymoon. Aa we jump forward in time, we see both George and Doris change, each of them altering their lives significantly due to the events around them. At times, they seem to be chasing each other’s ideologies, moving vastly apart politically and even morally while staying oddly committed to each other.

Here’s the thing—George is a gigantic asshole.

I mean that exactly as it sounds. George is obsessed entirely with two things: having sex with Doris as much as possible when the two of them are together and himself. In their initial encounter, he doesn’t so much care that Doris has cheated on her husband but only that he has somehow destroyed his own marriage. When Doris shows up eight months pregnant one year, George can only complain that there won’t be any sex for him. Even in the early ‘70s when he has essentially given up pursuing money and has fallen deeply into whatever bullshit therapy was going on at the time, everything he sees and talks about is in relation to his own mental and emotional state.

I tend to like Alan Alda as an actor (wow! Look at that alliteration!), and he’s good here, if overwrought in much of the film. My guess is that that is a function of the role and not of the man himself. George is exactly that sort of guy. He has a lot of large emotional outbursts because that means all of the attention is on him.

This was clearly adapted from a stage play, and while this has a couple of additional players beyond our two characters, they are in the film for mere moments, keeping all of the focus on Doris and George. Not much is done to make this a movie, and aside from changing a camera angle here and there, this looks exactly like a stage play.

Same Time, Next Year was nominated for its screenplay (as was Burstyn), so I feel like I should spend a little time on that, especially because I think it’s lazy in a lot of ways. George and Doris aren’t people or even characters, but billboards for whatever was popular in that moment when we see them. Doris goes back to college and, despite being close to 40 at the time, wears a fringe-covered suede jacket and a headband. At the next meeting, George is deeply involved in something like transactional analysis. They’re trends and tropes, not human beings.

Truthfully? It’s okay. I could’ve lived without seeing it, and I’ll never watch it again, but it’s fine.

Why to watch Same Time, Next Year: Ellen Burstyn is a treasure.
Why not to watch: Wow, has this aged badly.