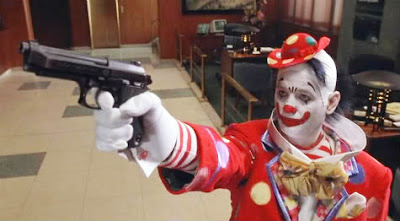 It's typical for me to announce changes at the start of the year, or, more accurately, at the end of the year. But here we are, just under two weeks into the new year and I've decided to make a couple of small alterations.

First, it appears that the tenor of this blog is shifting more and more toward horror movies. There'll still be a few Oscar movies to watch and I'll continue with the Oscar posts for as long as they hold out, but if the blog is going to continue in any meaningful way, I have to make some changes to what I'm doing with it. Horror movies (and sci-fi/fantasy) are my first loves with the movies, so that's where I'm going to go. That being the case, horror movies are no longer really "off-script." Instead, I'll start giving those reviews names.

Second, if I'm doing more and more horror movies, having Wednesday Horror films doesn't make a lot of sense. So Wednesdays will just be regular reviews again, and probably horror movies more often than not.