While there are only five movies listed below, I watched a bunch from last year that I put up as full reviews. These include Mass, The Last Duel, and Halloween Kills. So, that’s a total of eight removed from that giant list that, the more I look at, appears will never go away. I’m always hopeful I’ll get more done, but life intervenes sometimes. A new work project and an intensification of something in my private life (nothing bad, just time consuming) has left me less time for movies, though, so that seems less likely. O, fortuna! 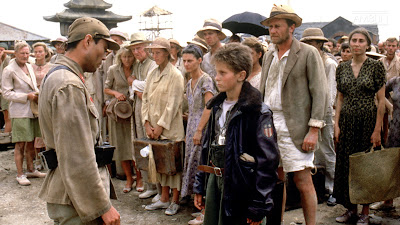 One of my favorite authors is J.G. Ballard. Empire of the Sun is based on his semi-autobiographical book of the same name. This is a film about the loss of innocence, one of Spielberg’s favorite topics, personified in the character of Jim, played by a young Christian Bale. Jim is a child of enormous privilege living in mainland China in the years before World War II. He is separated from his parents when Japan invades and he spends the rest of the war in an internment camp, where survival often comes at a terrible price. It’s a damn fine film, and a good reminder that no one really wins in war—one side just loses less.

Cruising is, on the one hand, a very good and intense crime thriller about someone stalking gay men in New York City just before the beginning of the AIDS crisis. On the other hand, it’s a film that would be wildly entertaining to watch with a homophobe because there is a lot of male nudity, male-on-male sex and simulated sex, and a whole herd of cows' worth of leather. Al Pacino plays the young cop going undercover in the gay S&M scene. It’s evidently a film he didn’t like to talk about, and its filming caused a lot of protests. Is it homophobic? It might be, but it’s also a film that is worth seeing. Paul Sorvino, Karen Allen, James Remar, and Ed O’Neill’s screen debut round out a solid cast. 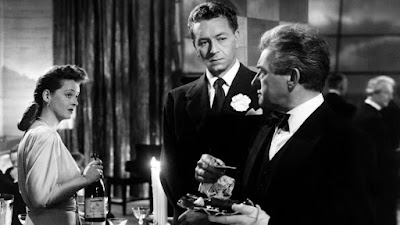 I’ve never been shy about saying that Now, Voyager is my favorite performance in the long and storied career of Bette Davis. Deception reunites Davis with Paul Henreid, Claude Rains, and director Irving Rapper. This is mostly noteworthy for having the gayest-ever performance from Claude Rains. Christine (Davis) is a pianist who has been separated from the love of her life (thanks to WWII), renowned cellist Karel Novak (Henreid). They reunite and are immediately married, which throws a wrench into the life of composer Alexander Hollenius (Rains). It’s clear that despite Hollenius being flamingly gay, he’s also had an affair with Christine, and will use what influence he can muster to destroy Karel’s career and her life. It’s solid, but mid-tier, especially with this cast. 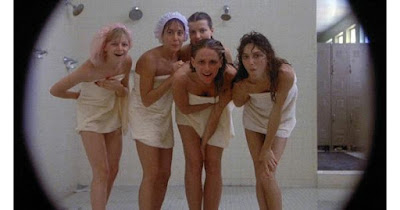 I remember Porky’s from when I was much younger for a couple of reasons. For my generation, this was a formative teen sex comedy. It has not aged well. Given the topic and the fact that it’s 40 years old, this isn’t too surprising, but there’s a lot here that comes across as abusive, shaming, and inappropriate. Any fond memories I might have had of it haven’t made it through this viewing. The other reason this is memorable for me in particular is that there is a character in the film who becomes particularly aroused in a specific situation. Since everyone in this film is named suggestively, this character (played by a young Kim Cattrall) is naturally named Miss Honeywell. Dammit. 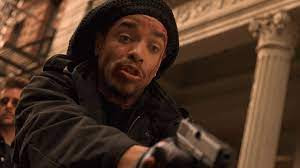 The ’90s were a time of Hollywood rediscovering the idea of Blaxploitation films, morphed into something more urban and hip-hop, but firmly in the vein of older films like Super Fly. New Jack City was one of the first of these films looking at the coming storm of crack, gang warfare, and drive-bys. It doesn’t rise to the level of Boyz N the Hood, but it’s better than its reputation. Good cast—Wesley Snipes as our main drug dealer, Bill Nunn as his stuttering bodyguard, and Ice T as an undercover cop. Also features Chris Rock as an ex-junkie. Judd Nelson doesn’t really fit; it’s still too soon after The Breakfast Club to take him seriously in this. New Jack is mostly memorable for a couple of truly epic quotable lines.

Posted by SJHoneywell at 9:24 AM

Email ThisBlogThis!Share to TwitterShare to FacebookShare to Pinterest
Labels: Cruising, Deception, Empire of the Sun, New Jack City, Porky’s, What I’ve Caught Up With