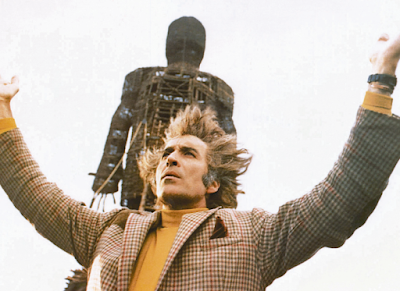 This isn’t a terrible class of nominations, but 1973 was a damn fine year for original screenplays. As usual, I’ll start with the movies that didn’t have a chance of actually being nominated because of the genre. This starts with The Wicker Man, Westworld, and Enter the Dragon, which is the template for about 50% of the martial arts movies made after 1973. Don’t Look Now is a little bit classier for a horror-themed film, so it had a bit more of a chance. We already have our foreign languages film with Cries and Whispers, which is going to leave out Amarcord, Day for Night, and The Spirits of the Beehive. Westerns were out of fashion for many, which leaves out High Plains Drifter. Other noteworthy misses include Sleeper, Badlands, and Mean Streets.

5. Of these movies, A Touch of Class is the one I didn’t like. In fact, I disliked this movie a great deal. Glenda Jackson, who I’ve never been that fond of, is fine in it, and she’s the only thing worth watching. The characters are awful, particularly the fake macho, whiny George Segal character. As seems to be typical for a lot of comedies in the 1970s, the story is essentially the lighter side of marital infidelity. I hate the plot, I hate the characters, and given what wasn’t nominated, I hate that it’s here.

4. Save the Tiger relies on the twin performances of Jack Lemmon and Jack Gilford to give us a couple of great character studies in search of a memorable film. Save the Tiger takes place more or less in the space of a single day, and it’s one that I don’t particularly care to relive. Lemmon and Gilford are the reason to watch this. I found the plot—the reason it was nominated for this award—to be not very memorable. That’s definitely going to count against a movie when it comes to a screenplay award.

3. The knock against George Lucas has always been that he can’t write dialogue. Watch the Star Wars movies, especially the prequels, and that idea will appear as gospel truth. American Graffiti is the counter to that claim, though. This is a film where not much really happens over the course of the night. Everything has to be carried by the performances and by the dialogue. And it’s really good. It’s not a perfect movie by any stretch, but it’s very nicely written, heart-warming, and rather wonderful.

2. The position of this blog has always been that ties essentially go to the Academy, which is why I’m putting Cries and Whispers in second place. Anyone wanting to put this in first would get not quite my agreement but at least a nod from me that it’s not a bad choice. My issue with the film is only that I should probably revisit it at some point soon. I think I didn’t really understand it well when I watched it. It felt just out of my grasp, but I desperately wanted to get it. I don’t generally like feeling dumb, but it’s okay when that seems to be in the service of something truly beautiful.

1. I have said about The Sting before that it’s close to a perfect movie. Everything about it clicks on all cylinders—the characters, costuming, setting, music, chemistry—everything. The plot is a long and involved puzzle, the same sort of con is happening to us as it is happening in the film, and it’s a true delight to watch that unfold in front of us. I only wish that the movie were about something more. It’s a cinematic confection, but it’s a perfect one, and unlike most, it’s one that leaves a smile and a memory of something enjoyable when it’s done. I like this choice, and think Oscar did fine by this category. 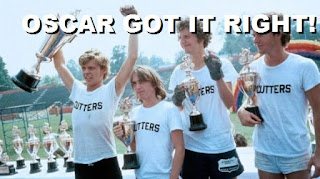 Email ThisBlogThis!Share to TwitterShare to FacebookShare to Pinterest
Labels: 1973, A Touch of Class, American Graffiti, Best Original Screenplay, Cries and Whispers, Oscar Got It Right, Save the Tiger, The Sting