It All Falls Down

Film: Save the Tiger
Format: DVD from Aurora University through OCLC WorldCat on The New Portable. 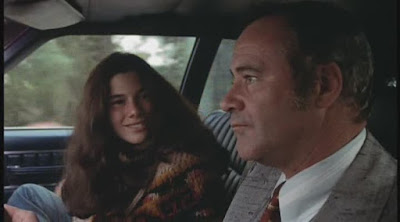 According to the legend, when on his deathbed, Edmund Gwenn was visited by his friend George Seaton, who commented that it must be difficult for him. Gwenn is reported to have replied, “Not nearly as difficult as playing comedy.” There some evidence that this is the source of the quote “Dying is easy; comedy is hard.” I bring this up because there’s a reason why dramatic actors often don’t do well in comedy but comedians are often really effective in dramatic roles. Case in point is Jack Lemmon’s Oscar-winning turn in Save the Tiger. Lemmon often had a touch of the dark in his comedy roles, but here he is in full dramatic swing, and the results are eye-opening.

It’s also a case where this is a movie that takes place in just over 24 hours. It almost takes place in a single day, but not quite. We start with Harry Stoner (Lemmon), the co-owner of a Los Angeles clothing company. He and his partner, Phil Greene (Jack Gilford, who was nominated in a supporting role) are on the cusp of their latest show and despite the fact that the designer Rico (Harvey Jason) and cutter/producer Meyer (William Hansen) are feuding, it looks to be a very successful line. It doesn’t really matter, though, because the company is going bankrupt. Harry’s biggest worry is an audit that will reveal some very creative accounting. In his mind, the only solution is a man named Charlie Robbins (Thayer David), a professional arsonist, who will burn down one of their factories, giving them an insurance payout. This is something that Harry is keeping from his wife (Patricia Smith), who is headed to New York.

Harry heads to work, and gives a ride to Myra (Laurie Heineman), a young hippie who spend her day hitching rides around Los Angeles, and, based on her conversation with Harry, offering them sex. Harry has other things going on, though, and declines. At the office, Harry does what he can to put out fires. He contacts Charlie Robbins and also is contacted by Fred Mirrell (Norman Burton), a buyer for a major store chain. The truth of their relationship is that Fred will end up buying a lot of their line, but only if he arranges an afternoon with a particular prostitute (Lara Parker).

Essentially, what we see is Harry Stoner’s day. He does what he can to put on the bravest of faces to the outside world and dealing with his own personal and business demons otherwise. This comes out at the fashion show when, attempting to introduce the line, Harry essentially flashes back to his experience in Europe in World War II. Through all of this, it’s clear that Harry wants a simpler time. He wants things to be understandable once again, because nothing seems to be. He is desperate to hang on to everything he has when it seems like it’s harder and harder to do so. In the third act, going home, Harry finds Myra once again and ends up spending the evening with her at the beach house where she is housesitting.

Save the Tiger is one of those movies that is kind of short on plot and long on character. It isn’t so much a movie as it is a character study of Harry Stoner. He’s understandable in a lot of ways despite being not very sympathetic. In strange ways, Harry Stoner is a character who in many ways informs Lemmon’s performance in a film like Glengarry Glen Ross. It’s that same kind of mindset. He’s willing to do virtually anything to hang on just another day, just one more year, just one more fashion season. It’s all going to hell and it’s all spinning out of control, and his desperation is all a part of that, too. He’s free with money he doesn’t have, seemingly with the thought that there’s no reason not to be—already on the hook for fraud potentially, he sees no reason not to compound his crimes.

Jack Gilford’s Phil is the moral conscience of the film, the super-ego to Harry Stoner’s desperate, flailing ego. While he does eventually support the decisions that Harry makes, Phil opposes everything he can, desperate to take any other path than the one that seems to lead deeper and deeper into spiraling criminality. Phil is our Jiminy Cricket, but he’s not a very good one.

The biggest issue with >Save the Tiger is that beyond these two performances, there’s not a lot happening. All of the other characters, in fact in many ways this is the function of Phil Greene, are there for Jack Lemmon to play off. All of this is in service of Lemmon’s tremendous performance. What makes Lemmon work here is that there is no scenery chewing. This is a performance of constrained chaos. He is spinning wildly out of control and desperate not to let anyone see it. Lemmon handles this perfectly, showing us a man who is slowly losing his grip without revealing that to anyone.

The truth is that I like Jack Lemmon a lot and it’s easy to want to like a performance of his. I can easily say the same thing about Jack Gilford, a character actor with the best of them. They are the reason that Save the Tiger is worth tracking down. Not much else is memorable, and that’s kind of a shame.

Why to watch Save the Tiger: The two Jacks, Lemmon and Gilford.
Why not to watch: Aside from the Jacks, there’s not a great deal here.