Well, the pandemic is finally ending, and it feels less and less like I’m spinning my wheels. Not a lot of stuff from this list got watched in May, but I feel like I’m getting in a better place to watch a movie or two a little more often. I’d definitely put Possessor on this list as well if I hadn’t done a complete review. Tenet is probably in the same position, so this is a little more than one movie/week from this giant list. 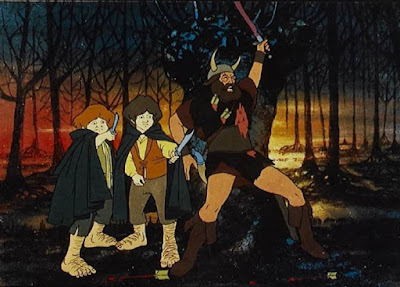 I vaguely remember this film coming out when I was about 10. My older brother was a lot more interested in it than I was. It seems very underwhelming these days. Ralph Bakshi’s animation isn’t bad, but odd in places. It’s also very quick in going through the story Roughly an hour in, and we’re in Moria, and we go from Boromir’s death to the end in Helm’s Deep in about an hour. While the rotoscoping is interesting, it cannot hold up to the epic created by Peter Jackson. It’s also disconcerting to see rotoscoped animation on screen with traditional animation at the same time. At best, it’s a curiosity. 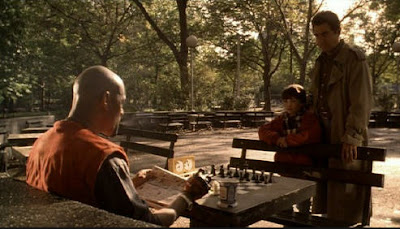 This is a genuinely decent film, the sort of movie that is simply good. It presents a real-world drama of young Josh Waitzkin (Max Pomeranc) who is discovered as a chess prodigy. It tells the story of him dealing with massive success and what affect this had on him. Much of it deals with the push and pull between Josh and his father (Joe Mantegna), a sports writer. There is also friction between his teacher (Ben Kingsley) and the man who plays in the park (Laurence Fishburne) Through all of this, his mother (Joan Allen) tries to maintain Josh’s dignity and simply decency. This is a fine film, and it holds up very well. A solid cast all around with notables (Laura Linney, Austin Pendleton, Josh Mostel, Tony Shaloub, William H. Macy) even in small roles. 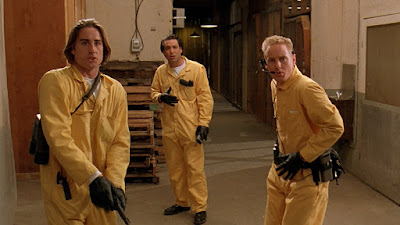 Everyone starts somewhere and this is essentially where Wes Anderson started. Anderson is known as being a quirky, almost anal-retentive director featuring characters that have the same hang-up. There’s a precision to Anderson’s films that doesn’t merely border on the twee, dives in head-first. Bottle Rocket is his first feature-length film, and it’s the least “Wes Anderson” of any of his full-length movies but contains all of the DNA of what he would become. Owen Wilson, Luke Wilson, and Robert Musgrave play a trio of friends who desperately want to be criminals, with Owen Wilson playing the obsessive micro-manager that seems to be Anderson’s hallmark character. It occurs to me that everyone in the Wes Anderson-verse is on the autistic spectrum, and that explains a vast amount of his movies. 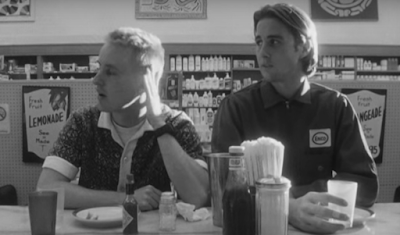 Since I watched the full version of Bottle Rocket, I figured I might as well watch the short film that came first. Essentially, this short is a couple of scenes snipped out of the longer film and done in black-and-white. It covers the initial “heist,” recruiting Bob the driver, planning to rob the bookstore, and then robbing the bookstore. There are no real consequences here for anyone or anything, and it’s surprisingly sweary for Wes Anderson. It’s in a lot of ways the least Wes Anderson of the Wes Anderson films I’ve seen, and I think I have seen all of them--that's even true of the full version of this. It’s cute and harmless, which is both its biggest strength and biggest failing.

Posted by SJHoneywell at 3:52 PM

Email ThisBlogThis!Share to TwitterShare to FacebookShare to Pinterest
Labels: Bottle Rocket, Searching for Bobby Fischer, The Lord of the Rings, What I’ve Caught Up With