The end of October was pretty much devoted to horror movies, and since most of those are on the They Shoot Zombies list, they aren’t on the list of movies I need to otherwise catch up with. Because of that, I didn’t actually see a lot of movies in October from the giant list of suggestions. Still, there were a few that I saw early in the month that are worth discussing. 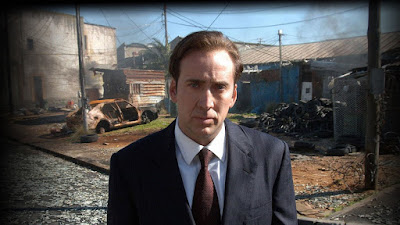 Every now and then we need a reminder that Nic Cage is a more than capable actor when he’s given good material to work with. Before he blew his fortune on (his words) the three Cs of cars, comic books, and castles and had to take every insane role offered to him, he took roles like Lord of War, the story of a gun runner who gets in far too deep, but is also is surprisingly good at his job. It’s upsetting in places, but for good or ill, focuses more on his personal life than on the destruction caused by his arms dealing. Eamonn Walker plays the Liberian warlord—he should do more films, because he’s a gem here. 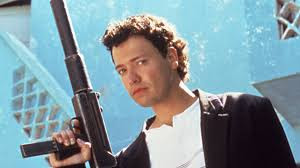 Bad filmmakers make bad films, even with a huge budget. Good filmmakers make good films, even with a budget that can’t afford shoestrings. According to IMDb, Robert Rodriguez made El Mariachi on $7,000, and while it’s clearly a low-budget film, it’s far better than many a film with a budget multiple thousands of times that. Rodriguez made the sequel Desperado a couple of years later, which had a bigger budget and bigger names. It’s flashier and has better effects, but I’d be hard-pressed to suggest that it’s better than the purity of this one. Talent is evident when you see it, and this is a debut along the lines of Sam Raimi and Evil Dead or John Singleton and Boyz N the Hood. 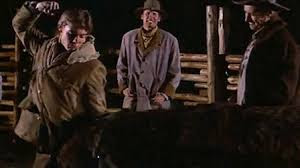 Bite the Bullet uses the classic idea of a cross-country Old West horse race to explore the personalities and relationships of a collection of people. Typically, this means fanciful characters, many of whom are attempting to win the race by cheating or through subterfuge. That’s not the case here, where our collection of racers and competitors are generally honest and wanting to win to prove one thing or another—to themselves, to the world, or to anyone paying attention. Honestly, this doesn’t detract from the film, but raises it to something far better than it would be otherwise. It also has a great cast including Gene Hackman, Candace Bergen, and James Coburn. As a side note, this also stars Jan Michael Vincent in his early days. A family friend once did sound on one of his films in the early ‘90s and dubbed him “Jan Michael Vodka.”

Imagine that the film noir style didn’t start in the 1930s and ‘40s in the U.S. Instead, imagine that the style took off in color in the mid-‘60s, stylized and in color, with a jazz/lounge style. Further imagine that it started in Japan. The film you’re thinking about as the progenitor of that style would be Tokyo Drifter, Seijun Suzuki’s stylish crime film about an ex-Yakuza trying to go straight, but being constantly pulled back into the crime world by a variety of betrayals. Tetsuya Watari stars as enforcer-turned-drifter “Phoenix Tetsu” in a film that looks exactly like what you’d get if you made James Bond a criminal enforcer and doused the set with neon. 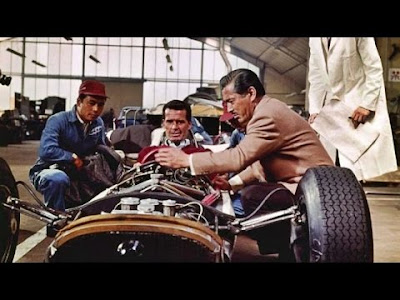 You wonder what Oscar thinks sometimes. Grand Prix rightfully won Oscars for editing and sound but was somehow ignored for cinematography. In the real world, even when I cared about sports, I didn’t care about auto racing at all. And yet, based almost entirely on the way this is filmed, I found it fascinating. The lives of the characters here are almost as interesting as the racing, and I mean that as a compliment. This is long at just under three hours, but I barely noticed. A great cast top to bottom, and a masterclass in editing and filming action that isn’t fighting. In some ways, this reminded me of Rollerball, but based on release dates, I think Jewison might owe Frankenheimer a debt.

Film: From Russia with Love 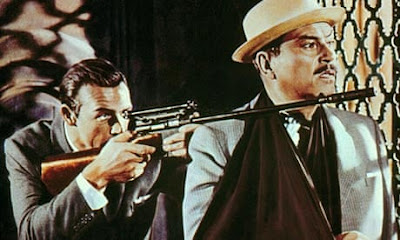 Early James Bond films are a lot different than you expect if you’re much more used to the middle years. People tend to think of Bond as women, action sequences, and crazy gadgets from Q Division, but that’s far less the case with these. Oh sure, there’s a cool briefcase in this one, but otherwise, this is real espionage and spycraft, with Bond dealing with the consequences of Dr. No and his first run-in with SPECTRE. People talk about Bond returning to its roots with some of Daniel Craig’s films. The tight focus of a film like From Russia with Love is the reason for that. 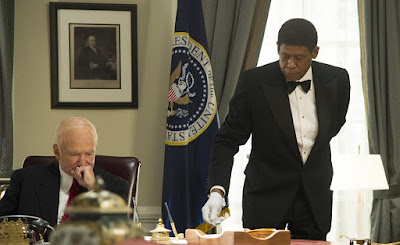 This is the story of a Black man who was born on a cotton farm, was trained to work in the house, and eventually became employed as a butler in the White House, working for administrations from Eisenhower to Reagan. As you might expect, this is going to be in large part about civil rights and racism, told through someone who stood by and watched good and bad at the highest level. It is also told through the actions and lives of his family, particularly his older son, who becomes prominent in the Black Panthers. A fine movie and a very good cast, but there are better and more vital films about this topic that bear repeat viewing, while this one feels one-and-done.

Email ThisBlogThis!Share to TwitterShare to FacebookShare to Pinterest
Labels: Bite the Bullet, El Mariachi, From Russia with Love, Grand Prix, Lord of War, The Butler, Tokyo Drifter, What I’ve Caught Up With