What I've Caught Up With, September 2022

Despite the small number of posts in September, I got through a lot of movies from this list. On the television front, I also got through Loki, Ash vs. Evil Dead (which I did not like as much as I wanted), and Justified, which has a Games of Thrones-ian body count. I was also out for some time visiting family in North Carolina, and managed to get out just before the hurricane hit. Be safe out there, folks--the weather is nasty and getting nastier. 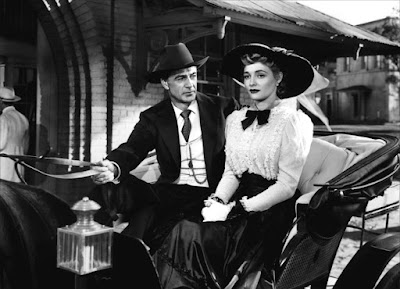 Bright Leaf is an odd duck of a film in a lot of respects. It takes place in the post-Civil War South and concerns family revenge over tobacco farms, cigars, and cigarettes. However, it plays out in no small part like a film noir, even though it very much feels like a western. Brant Royle (Gary Cooper) returns to the town he was run out of and forms a few partnerships to take down the local tobacco baron (Donald Crisp). There’s bit of a love triangle, with Brant in love with the baron’s daughter Margaret (Patricia Neal), and his old flame-turned-madam-turned-business partner Sonia (Lauren Bacall) pining for him. The ending is unusual in how dark it turns. It’s also hard to take in that Cooper is twice the age of both of his leading ladies, but we’re supposed to believe they were childhood sweethearts. 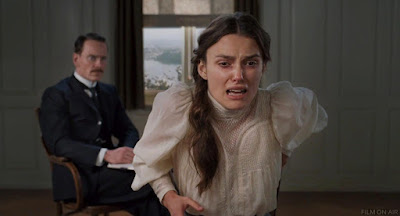 Somewhere out there, somebody’s kink is watching Michael Fassbender spank Keira Knightley in period costume, and this movie was made with that person in mind. A Dangerous Method is a film about the birth of psychoanalysis and the eventual feud between Sigmund Freud (Viggo Mortensen) and Carl Jung (Michael Fassbender). Much of this split comes from the treatment and recovery of future psychoanalyst Sabina Spielrein (Keira Knightley), with whom Jung eventually had a torrid affair. There’s a lot of talk of sex in this even if there isn’t a lot of sex beyond the spanking scenes. It’s worth saying that I, as someone who minored in psychology, think that psychology and psychoanalysis are roughly at the level of leeching in terms of medicine and efficacy. Still, it’s always nice to see Cronenberg working a story. 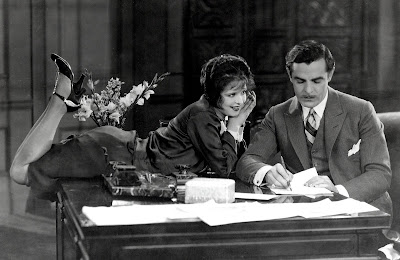 Clara Bow was known as the ”It” girl thanks to this film, and it’s very much a star-making performance. Bow’s shopgirl Betty finds herself hopelessly attracted to the owner’s son and has enough sex appeal to make him notice. But when a friend is about to lose her child for lack of means to support him, Betty claims the baby as hers, causing no end of scandal. It was mildly scandalous in that Betty Lou is openly sexual; that said, the film makes it clear that she sees it all as harmless fun—when her proposed suitor goes in for a kiss, she slaps him. It’s as melodramatic as you’d expect for the time. The story isn’t worth watching but Bow certainly is. Look for an uncredited pre-fame cameo from Gary Cooper as a news reporter getting the story about Betty Lou’s baby. 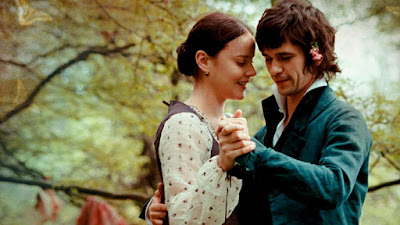 I tend to prefer my romances more tragic than happy, and who could be more tragic than John Keats? If you know your English Romantic period poets, you know Keats died of consumption (aka, tuberculosis) at the tender age of 25, so you know that the romance that happens here between Keats (Ben Whishaw) and Fanny Brawne (Abbie Cornish) is doomed to die with him. This is a surprisingly tender portrait of their romance, although I shouldn’t be terribly surprised, as it comes under the guiding hand of Jane Campion, who always does well with this kind of material. It’s good, but then I tend to like Keats more than the other Romantics except for, perhaps, William Blake. 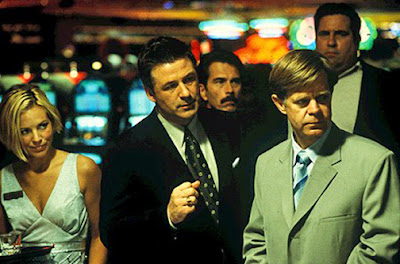 Perhaps no actor has been as truly hangdog and able to encapsulate a man so beaten by life as William H. Macy. That’s entirely the point of The Cooler, where he plays Bernie Lootz, a man with luck so bad he is hired by a Vegas casino to “cool off” hot tables. His presence destroys the luck of anyone near him. All of this changes when he finds true love in the person of cocktail waitress Natalie (Maria Bello), and suddenly the people around him start winning. This is a tale of magical realism, and while it’s sweet, there’s nothing here you don’t expect, with the possible exception of William H. Macy’s naked ass. 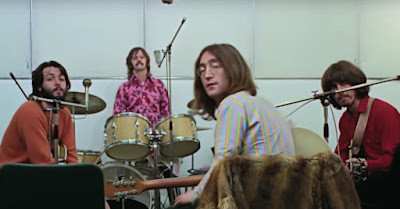 You grow up a Beatles fan, and you have some very specific notions of the people in what is the most definably important musical group of the last 100 years. Like them or not, everything since The Beatles has been a response to them in one way or another, either directly or indirectly. These sessions that led to the album Let it Be as well as huge sections of Abbey Road are chaotic and beautiful and unlike anything else. The band probably couldn’t have legitimately survived after this birthing process. Sometimes, the mother tragically dies in childbirth. Seeing the takes that ended up on the album is legitimately chill inducing. These songs are the fabric of decades of life, and it’s a privilege to see it happen. Oh, and all hail Billy Preston. 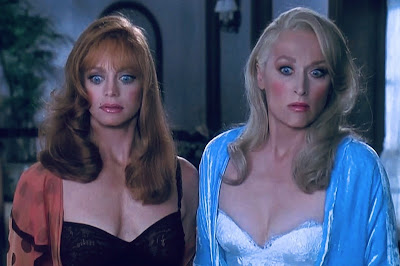 Aging actress Madeline Ashton (Meryl Streep) steals the fiancé of frenemy Helen Sharp (Goldie Hawn). That fiancé, Ernest Menville (Bruce Willis), happens to be a world-class plastic surgeon. As Madeline’s career starts to falter, she seeks help from a rejuvenating potion from sexpot Lisle (Isabella Rossellini). Turns out the potion works, and also makes her immortal, which she discovers when Ernest pushes her down the stairs and she dies physically…kinda. It also turns out that Helen has taken the same potion. This is darkly comic, but takes a very long time to get going. The playing around with the animated-but-dead versions of Madeline and Helen doesn’t really happen until the film’s final act. I get why this is highly regarded, but I probably should have seen it a couple of decades ago to have that opinion. 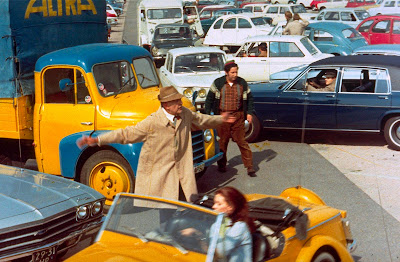 Jaques Tati isn’t for everyone, but I find that he is very much my taste when it comes to a lot of his comedic set pieces. Tati’s work is a sort of highbrow physical humor, The Three Stooges with a Master’s degree, if you will. If Playtime is his masterpiece of design and M. Hulot’s Holiday is his funniest film, Trafic is the fade into the sunset that the Hulot character probably best deserved. It’s funny, but rather aimless and plotless. Hulot and some colleagues attempt to get a tricked-out car to an auto show and everything goes wrong. It has its moments, but it lacks the charm of the other Hulot films.

There is a particular brand of action film that offers over-the-top spectacle and unrealistic action as a sort circuses part of bread and circuses. The Long Kiss Goodnight is exactly that. Geena Davis plays a schoolteacher who is also an amnesiac. An accident brings back her memory of being a stone-cold government assassin. She’s paired up with an ex-con detective played by Samuel L. Jackson, and both are trying to stop a plot by rogue actors. Nobody should honestly survive more than 10 minutes in this movie, and that’s kind of the point. That said, it’s a great example of a fun actioner with a woman at the center; with a tweak or two, this could easily be a Stallone film. It’s honestly one of Davis’s most entertaining roles.

Posted by SJHoneywell at 8:30 AM

Email ThisBlogThis!Share to TwitterShare to FacebookShare to Pinterest
Labels: A Dangerous Method, Bright Leaf, Bright Star, Death Becomes Her, It, The Beatles: Get Back, The Cooler, The Long Kiss Goodnight, Trafic, What I’ve Caught Up With