There are six movies I managed to scratch off the giant list of recommended movies. I probably added that many last month as well, so I feel like I’m treading water. Five of those movies appear here; the six was Ready or Not, which received a full review. I genuinely am hoping for more than half a dozen off this list for March, but my intentions are always good in that respect. 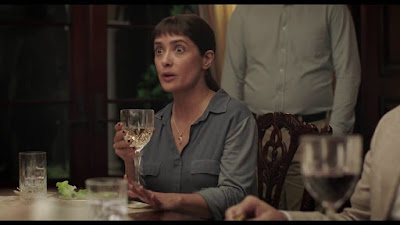 I’m predisposed to like a movie that stars a Spanish actress like Salma Hayek (or Penelope Cruz, or Macarena Garcia, or Paz Vega…), but Beatriz at Dinner is one of those movies that applies its message with the subtlety of a meat tenderizer. Beatriz (Hayek) is a “healer,” in quotes here because most of it is spiritual woo. She gets stranded at the house of an obscenely rich client and ultimately sits in at a dinner party of the ultra-rich. Look, my political position is “Bernie Sanders should move left,” but this kind of allegory is embarrassing. Hayek is great, and John Lithgow is a standout as the real estate billionaire, but this is as artful as a knee to the crotch.

I am very much a nerd when it comes to stories about space exploration, especially when they are based on real stories. October Sky is the story of Homer Hickam, Jr., who wanted nothing more than to escape from the West Virginia coal mining town where he grew up. He finds his outlet in rocketry at the beginning of the space race. This is a damn good story about what he manages to overcome—and good because it’s not necessarily what you think it’s going to be. Jake Gyllenhaal is very good as Hickam, as is Laura Dern as the teacher who inspires him. But it’s the always-excellent Chris Cooper as Homer’s dad who makes the movie. 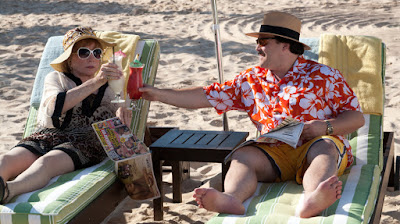 Jack Black plays Bernie Tiede, a slightly effeminate assistant mortician in an East Texas town. Bernie befriends a widely disliked wealthy woman (Shirley MacLaine), who slowly becomes more and more possessive of him and his time. Bernie, at his wits’ end, shoots her in something like a fugue state, then hides her in the freezer. When the truth comes out, local DA Danny Buck Davidson (Matthew McConaughey) sets out to prosecute him, but the locals seem more set on having Bernie’s back. This is based on a true story, and it seems that the movie doesn’t do a lot to make the story juicier or sexier. McConaughey is good, as is MacLaine, but this is Jack Black’s defining moment on camera. He’s clearly Jack Black, but he’s never done work like this before. 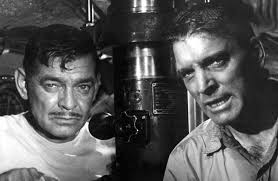 For my money, the best war movies take place in submarines. There’s something about a sub—the close quarters, the claustrophobia—that ramps up the drama. Submarines, especially in World War II, are a fascinating combination of raw and deadly power with surprising vulnerability. Run Silent, Run Deep is, essentially Moby Dick told with subs and destroyers. A solid cast is led by Clark Gable and Burt Lancaster, ably supported by Jack Warden, Brad Dexter, and Don Rickles, among others. I’m not a huge fan of jingoistic military movies, but I am a sucker for a good sub drama. The drama here is good, but the effects are straight out of the bathtub, which is a downer.

While the cartoons that were spawned from the titles of this movie are more famous, this remains a classic comedy of its era. The truth is that the heist aspects of the movie are still a good amount of fun, but the comedy hasn’t managed to hold up very well. Inspector Jacques Clouseau is perhaps the most famous cinematic creation of Peter Sellers, but he’s really just clumsy. The whole thing revolves around a large pink diamond (the “panther” of the title) and, like many a Blake Edwards film, is really just an excuse for a sex comedy. There’s a lot of drinking and everyone seems to be hot for Clouseau’s wife (Capucine). David Niven, Robert Wagner, and Claudia Cardinale round out the cast. I expected this to be a lot funnier than it was. Bit of a disappointment.

Posted by SJHoneywell at 8:18 AM