New year, same old blog, right? I didn’t actually watch a lot of movies in December this year, but I did manage to take six off the list, admittedly mostly in the early part of the month. Still, I’m happy to have made a little progress, even if I now need to add several dozen in the guise of films I missed from 2021. I’m really hoping to hit this list a lot harder in the coming year. 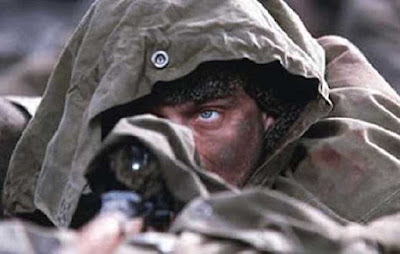 It seems odd that in 2001 we were given a Western movie with a Soviet hero, but that’s where we are with Enemy at the Gates. These days, Ed Harris’s Nazi sharpshooter would clearly be the hero in some versions of this film, based on the politics of the less stable (and disturbingly large) political right. There is an attempt here to make this a true war epic with destruction and death as well as the obligatory love triangle between sniper Vasily (Jude Law), political officer Danilov (Joseph Fiennes), and interpreter Tania (Rachel Weisz), all with the backdrop of the siege of Stalingrad in WWII. It’s good, but I’m not ready to say it’s great. 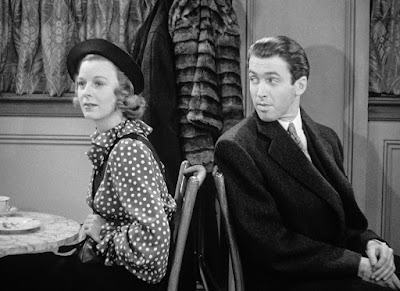 I’ve suggested The Shop Around the Corner as a film that belongs on the 1001 Movies list, and I stand by it. This is a wonderful little film that is tangentially a Christmas movie in the sense that it takes place in a retail store at Christmas. But it’s so much more. It’s funny and sweet and serious at times. The characters are great and there’s chemistry between all of them. I don’t tend to get sentimental at films in general, but it’s hard not to love this one. Most people will be more familiar with the very substandard You’ve Got Mail remake. This one is light years beyond the remake, and belongs in everyone’s regular rotation.

There have been parody bands in the past, of course, and while bands like Spinal Tap and (to some extent) The Monkees have had much greater reach, acclaim, and fame, The Rutles offer a unique idea of parody songsters. The actual “events” of the documentary are funny and are clearly based on a skewed version of The Beatles. But the songs themselves are near-perfect versions of alternate universe Beatles songs. Give a listen to “Get Up and Go” or “With a Girl Like You” and it’s hard to tell that it’s not just an obscure Beatles track. A great cast and tremendous work from Neil Innes make this a film to hunt down, especially if you already love the Fab Four. 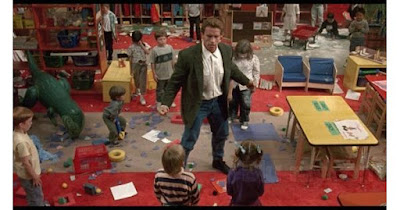 “I’ll be back” and “Hasta la vista, baby” are probably Schwarzenegger’s most-quoted movie lines, but “It’s not a tumor” would rank in the top five (along with “Get to the choppa”). Kindergarten Cop makes Arnie a cop (in his wheelhouse) forced to go undercover as a kindergarten teacher (way out of his oeuvre). It was either going to be terrible or really entertaining, and it manages to be pretty fun despite being kind of ridiculous at the same time. We’re naturally going to end with a shoot out and action sequences, but watching little kids crawl over Arnie is really entertaining. I’m also in favor of any movie that utilizes the gravitas of Linda Hunt well, and this one does. 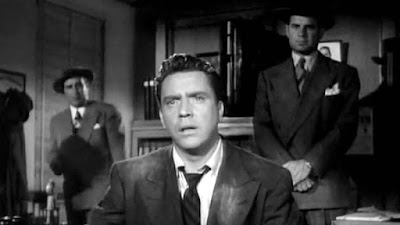 Film noir is, by its nature, dark. Few of them are as dark as D.O.A., though, which begins with our main character (played by Edmond O’Brien) walking into a police station and telling the officers about his own murder. We’re going to follow a lot of rabbit trails as our doomed protagonist slowly succumbs to a poison he was dosed with for unknown reasons. Marred initially by a series of frivolous wolf whistles in a hotel sequence and suffering slightly from a maudlin moment when he discovers his fate, D.O.A. is nonetheless relentless as it moves toward its dark and inevitable climax. 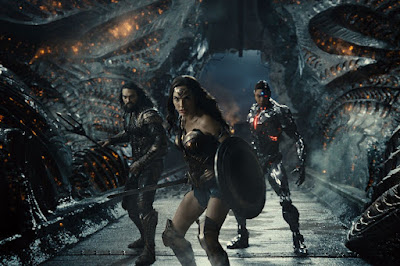 So what is there to say about the four-hour Snyder Cut? It’s certainly more than the original version of Justice League and it probably is better because of it. It does need a bit of a trim, even if it is a better version of the film and one that explores a lot of interesting tangents that the original cut of the film ignores. While it is an improvement, it’s worth saying that for all of the things that Zack Snyder has going for him, he’s not that good of a filmmaker. One way this could be easily shortened is to remove all of the slow motion. Make all of that normal speed and you probably get back 15-20 minutes.

Email ThisBlogThis!Share to TwitterShare to FacebookShare to Pinterest
Labels: D.O.A., Enemy at the Gates, Justice League: The Snyder Cut, Kindergarten Cop, The Rutles, The Shop Around the Corner, What I’ve Caught Up With