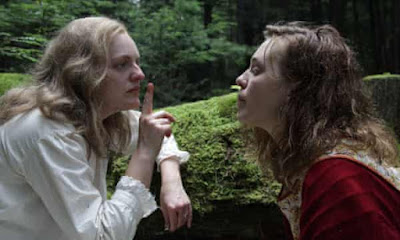 2020 was a really good year for Best Actress performances. Leave out that you might want Olivia Colman in The Father as Best Actress rather than Supporting (although Supporting probably is the right choice), there are a lot of options here who could have legitimately been nominated. Rather than talk about the longshot films first as I normally do, I’d rather go with the nominations from the critical Oscar darlings. For instance, we can start with Han Ye-ri in Minari; she was the heart and soul of that movie and deserved a spot on the podium. I was convinced early in the year that Elisabeth Moss would be in the running for either The Invisible Man or Shirley, and either one should have put her in the running. 2020 was a banner year for horror, giving us Andrea Riseborough in Possessor, Emily Blunt in A Quiet Place Part II (who probably wouldn’t make my list, but she’s worth a mention), Wunmi Mosaku in His House, Tripti Dimri in Bulbbul, and Elle Lorraine as the best part of Bad Hair. Charlize Theron would never get a nomination for The Old Guard, but I like the performance. Finally, the biggest miss is absolutely Sidney Flanigan in Never Rarely Sometimes Always.

5. Why am I putting Andra Day in fifth place for her stellar work in The United States vs. Billie Holiday? That’s a very good question, because she is the best part of a film that isn’t particularly great. That might, in fact, be the reason I’m putting her on the bottom. As much as it’s unfair to Day, it is a real issue. She is clearly the class of the film, but she can’t pull herself away from the black hole that is the disappointment of the movie itself. Day deserves better, but this movie really doesn’t.

4. The winner often ends up in fourth place for me, and it’s painful to put Frances McDormand in fourth. I love McDormand as a general rule, and I’m always happy to watch her in just about anything, but it really feels like Nomadland was just the movie of the moment. Her nomination, at least in part, feels like it happened because the movie needed the nomination, and evidently, people are just in the habit of voting for her when she’s on the ballot. I love the woman’s body of work, but I’m not sure she gets on the platform for me.

3. The biggest struggle for me this week was between second place and third place. In both cases, I like the nomination, but felt that the performance was overshadowed by another in the film. I’m putting Viola Davis in third only because the center of Ma Rainey’s Black Bottom is the performance of Chadwick Boseman. Another important issue here is that, despite being the title character, I think her performance (she’s on screen only about ¼ of the running time) is probably more supporting. That said, I don’t hate the nomination.

2. This puts Vanessa Kirby’s brutal turn in Pieces of a Woman in second place for me. She’s clearly the lead actress in the film, and in fact the lead role, and she is always compelling when she is on the screen. However, I think it can be argued that Ellen Burstyn is more compelling when she is on the screen. In a career of great and truly great performances, this is some of her best work in front of a camera, and it would be hard for anyone to hold a candle to that. Kirby is great, but she might not be great enough.

1. In my opinion, this was Carey Mulligan’s Oscar to lose and so I’m going to be consistent here and put her as my winner. So far, every Oscar that Promising Young Woman has been nominated for, I’ve picked, and that’s going to be the case here. Mulligan has been great in everything she’s been in, and she’s never been better than she is here. Mulligan is compelling every moment she is on screen. In a strong year, she’s my pick, and while I might have some changes downline, Mulligan is my winner without any question. 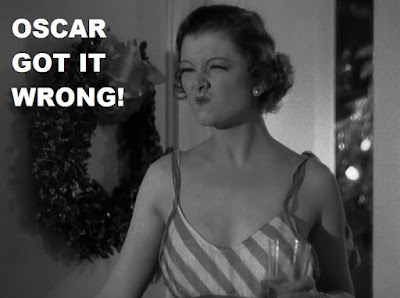