Oscar Got It Wrong! Best Picture 2012 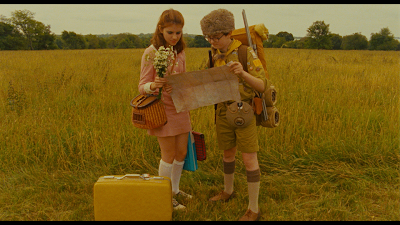 Let’s be honest here: The Cabin in the Woods was never going to be nominated for Best Picture, but it’s clearly one of the best horror movies of the current century. Along the same lines, the Academy isn’t going to nominate a James Bond film for Best Picture even though Skyfall is a great one. The Avengers falls into that same category even though it turned out better than most people would have suspected. Cloud Atlas probably confused too many people. I think it’s a great film, and I’m still shocked it wasn’t nominated for a plenty of awards, even if I’m not convinced it belongs on this list. Moonrise Kingdom should definitely be here, though. Flight is an odd miss as well.

9. With nine movies to choose from, picking a last place finisher is tough. I’m going to make an unpopular choice and stick Beasts of the Southern Wild here. The truth is that the only thing I remember liking about what I thought was an unfocused mess of a film was the performance of Quvenzhane Wallis. Sure, it’s pretty in places but it felt undecipherable to me, like there was something that was supposed to be big and meaningful happening without anything big and meaningful happening. It’s not a film I plan on watching again.

8. Continuing on a similar theme, I’m putting Life of Pi near the bottom as well. I give the filmmakers all credit for making something that is staggeringly beautiful to look at, but again, I feel like there’s no substance here. A film has to do more than just look pretty for me to care much about it. Life of Pi is certainly that, but the allegorical story isn’t really that interesting and the religious overtones left me cold. Again, this is a film that I probably won’t watch again because I can’t think of a reason beyond the scenery to revisit it.

7. From what I know of other people’s opinions, I’m putting Les Miserables probably higher than others would, but it’s still in my bottom third. Ultimately, this is a very good production of a story that I really don’t like very much. I don’t care much about the charactesr involved or the quickly-squashed rebellion. I especially don’t like Russell Crowe’s singing. Les Mis has some great moments in it and it’s beautifully staged, but this is the third film out of three so far where I genuinely don’t care at all about the story that is happening.

6. Anyone who reads this blog with any regularity knows that my vote for most overrated director currently working is Quentin Tarantino. I do like about half of his films that I’ve seen, and I had a lot of hope for Django Unchained. Those hopes were fulfilled for the first two thirds of the movie, and then it completely shits the bed in the final third. It stops being a story and becomes just a big, dumb shoot-out, and that’s really the wrong choice here. I have said this before—I’d like Tarantino’s movies more if he’d stop trying to be awesome and start trying to just be good.

5. I have huge problems with where Zero Dark Thirty decides to write its own history. I think it’s a good movie, but my issues are more with how it plays to anyone who doesn’t really know the history of what happened. It gives all the credit to a single person for keeping up the search for bin Laden and, much more disturbingly, seems to justify the use of torture. Since movies have a way of becoming our history rather than simply commenting on that history, I have a real problem with this. This shouldn’t be the sort of thing that we learn to accept.

4. I really liked Lincoln a lot, but this is another case where the ending doesn’t live up to the movie that precedes it. Had this movie ended ten minutes earlier, with Lincoln walking down the hallway, it would move up a slot or two here. Instead, we get the ending we’ve got, which is needless for anyone out of third grade and who knows about one of the most significant events in American history. There are times when directors don’t give us enough story. This is a case where we were given just a little more story than any of us needed.

3. I went in to Silver Linings Playbook expecting to hate it completely. It took me a long time to actually start it, and then once I did I wondered why it had taken me so long. There’s a lot that this movie does right. One of the primary things it does right is that it handles the concept of mental illness incredibly well. These aren’t “funny” crazy people or dangerous people looking for an outlet. These are just people with problems who are looking for a way to live the life they’ve been thrust into living. The ending is a little too Hollywood-y for me, but it’s still a movie that’s worth seeing.

2. Just as I’ve got a lot here lower than most people would, I’m almost certain I’ve placed Argo higher than almost everyone would. I think it does just about everything right, and I also think that Ben Affleck’s snub for Best Director is one of Oscar’s saddest moments of the current decade. This is a smart and engaging story, and sure it plays a little with the history just like Zero Dark Thirty did. However, it doesn’t play with the meaning of what happened. It’s a story worth seeing. While I’m certain he doesn’t read this site, Argo is a reminder that Affleck belongs behind the camera more than he does in front of it.

1. My choice, though, is Amour. There is a real poignancy to this film that surprised me from Michael Haneke. Haneke’s work is always difficult and takes the audience to very dark places. In Amour, though, he does this with a tenderness that seems almost out of character for him. There are shocking moments here and awful decisions to make, but this is also a story of great love and devotion. For everything that happens here, nothing comes through more strongly than that. It’s the best film of its year; it should have won.