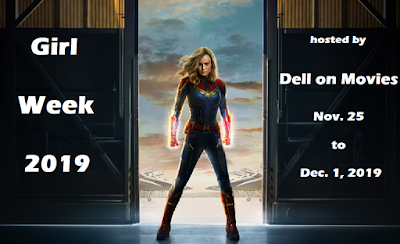 Oh, I really, really wanted to like Booksmart a lot more than I did. I heard a great deal about it and the reviews are almost entirely favorable. And, truth be told, I did enjoy it well enough. But I wanted to really like it a lot more than I do, and I just kind of like it. I expected it to be something more than it is, but it’s really just Superbad with female protagonists. It also bears a great deal of similarity to Ferris Bueller’s Day Off. For most people, that would be a positive, but it has all of the worst qualities of Ferris Bueller. 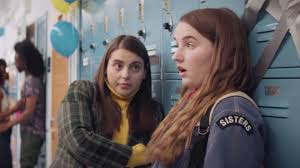 Molly (Beanie Feldstein) and Amy (Kaitlyn Dever) have been close friends for pretty much their entire lives. They’re both top of their class in high school and have skated through high school to a potentially bright future. Molly is heading to Yale and Amy, after a summer in Botswana, is going to Columbia. What they’ve sacrificed is their social lives. Molly and Amy are considered stuffy, joyless nerds by their classmates.

So it comes as a terrible shock to Molly when she discovers that a number of her slacker classmates have also managed to get into elite colleges. She’s going to be joined at Yale by the girl considered the class slut. Molly’s nemesis, the class vice president to her president is headed to Georgetown. Even the guy who was held back in seventh grade twice is getting a six-figure job at Google. Confronted by the reality that their live of ignoring parties and fun has netted them absolutely no advantage over the kids who did have fun, Molly decides that the only solution is for the two of them to go to a wild graduation party and cut loose.

It’s a good premise for a movie, even if it’s really kind of a female version of American Pie or Superbad. The problem lies in the execution of the film. Molly and Amy are going to have a series of adventures that, if they actually happened, would have to take place over the course of a week. They’ll continually run into the same people over and over. The girl who jumps off a boat at one point shows up at the next place they do completely dry. And then at the next place as well.

In that respect, Booksmart really only works as a metaphor. The natural connection is to Superbad, but it’s probably closer to reality to say that Booksmart is a modern-day American Graffiti. It lacks the heart of American Graffiti, though. It goes for comedy and hits some, but also reaches and misses pretty frequently. We’re given a series of events that don’t work for a single night, and the realist in me balks at it.

Truthfully, the humor doesn’t work all that well for me. Booksmart wants to be clever and it probably is…if you’re about half my age or less.

There’s a part of me that feels guilty for not loving this. But ultimately, I don’t think it’s my fault. Booksmart sells itself as being something different, but it manages to hit every teen comedy/high school comedy/coming of age comedy trope in rapid succession. For all of it wanting to be original, it’s honestly not. The details are different, but the story is the same, and that’s kind of disappointing.

If there’s something I’ll take away as a positive, it’s the Beanie Feldstein and Kaitlyn Dever are good together, and I hope they do another movie together. If there’s a second thing, I’ll happily admit that the most clever part of the film is the fact that it’s likely that the slackers got into the elite colleges because of the admission scandal that got Felicity Huffman to spend a couple of weeks in the pokey. But now we have to go into spoiler territory.

Now, though I’ve had a night to sleep on this and to really think deeper about it, and my problems with Booksmart above are the surface problems that, if I liked the movie well enough, I would shrug my shoulders at and assume that my own willful suspension of disbelief could handle. So why can’t I do it here? Why do I not buy the ending? For a lot of movies, I’m happy to deal with the clear unreality of someone universally disliked suddenly becoming cheered for dropping an f-bomb at the graduation or for lightening up for the first time in forever. I mean, it’s bullshit, but if the story is good enough, I can accept it for the running time of the movie. So why not here?

Put simply, it’s because I hate these characters. I dislike everyone on the screen. Everyone sees Molly and Amy as pretentious assholes because they are pretentious assholes. If I were their teacher, I’d roll my eyes at them and hope desperately that I didn’t have too many classes with them, and if I were their classmate I’d do the same thing. Molly and Amy think everyone else they go to school with is stupid and shallow and they’re right, too. They are. Is it supposed to be funny when one of the teachers hooks up with a student? Am I supposed to laugh when we realize that the principal of a high school in a super-wealthy part of California has to drive for Lyft to survive? And that no one—not a single student in this school has ever discovered this by randomly getting the principal as their Lyft driver?

Nothing about this movie works, and still, for a movie that I thought was funny and worth it I would be willing to shut off my higher brain functions to let it work. But Booksmart isn’t that movie because everyone on the screen is the worst person on the screen at all times.

So, in summary, I didn’t like this movie much when I watched it, and after a night to think about it, I really dislike it a lot.

Why to watch Booksmart: If Ferris Bueller’s Day Off had a baby with Superbad, it would be this.
Why not to watch: Oh, how I hate these characters, one and all.