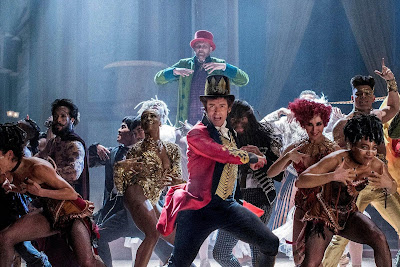 I bluntly do not understand it when someone makes a biopic and makes completely unnecessary changes. In the case of The Greatest Showman, the changes I’m talking about are not making this into a musical. As musicals go, this one is decent, if not exceptional. The songs are pretty good, and it follows the standard musical progression of reprises and songs of varying tempo and power. If you’ve seen a musical, The Greatest Showman hits all the beats you’re expecting. I don’t think that P.T. Barnum spent his life singing his feelings to other people, and I’m not suggesting that the movie has a reality problem because of that. No, the problem is much more ridiculous.

The problem is the character of Phillip Carlyle (Zac Efron). In the movie, Carlyle is a playwright who is acclaimed but seems genuinely unhappy. P.T. Barnum (Hugh Jackman) convinces Carlyle to ditch his easy society life and work with him and his collection of sideshow attractions and circus performers. So what’s the problem? Phillip Carlyle is entirely a fabrication. Barnum’s actual partner was a guy named James Anthony Bailey, who, when he met Barnum, was already the manager of a circus. Why do this? No one thinks the circus was called the Ringling Bros. Barnum and Carlyle Circus.

In fact, not only is Carlyle entirely a fabrication, so too is his love interest in the movie, African-American trapeze artist Anne Wheeler (Zendaya). It’s a decidedly modern piece of theatrics to give us an interracial couple at this point in history, which is roughly just after the American Civil War or so. It’s never really stated outright, but it’s clearly before the turn of the previous century and evidently post-Appomattox. So an interracial couple would be a huge scandal, and will also play to a much more sympathetic modern audience. But, like the existence of Phillip Carlyle, it’s all a sham.

Anyway, the story that we’re told is that Barnum was a poor child who, almost to spite her father, falls in love with a rich girl. Eventually, Barnum grows up to be Hugh Jackman and Charity grows up to be Michelle Williams, and the two run off together. Barnum loses his job when the company’s assets all sink in the South China Sea. Barnum arranges for a dubious loan and opens up a museum, which then more or less become a sideshow with a variety of acts. We’ll get glimpses of these now and then, but aside from Anne Wheeler and her brother, the only two we’re really going to deal with are Tom Thumb (Sam Humphrey) and bearded lady Lettie Lutz (Keala Settle). There’s going to be a whole middle section about how Barnum is making a living off these folks but more or less refuses to be seen with them in public.

There’s also a whole plot point about Barnum meeting singer Jenny Lind (Rebecca Ferguson) and arranging her tour across the States. There’s intrigue and romance and all sorts of people wanting the “freaks” out of New York because they are intolerant and yadda, yadda, yadda. You’ve seen this before, and seen it more entertaining when it was called Hairspray and done by John Waters in the 1980s.

Here’s the thing—I won’t take the production value away from The Greatest Showman at all. This is big and showy and blustery like a giant musical should be. Because it is, and because it has that sort of true production value, a great deal of it (mostly the musical numbers) work in spite of itself. The story is very simplistic and almost obvious in places. This has the beats we expect exactly when we do. When we’re do for a song reprise, well, we get a song reprise. There are no real surprises here, and we’re sure that there are no setbacks that P.T. Barnum or his wife, or Phillip Carlyle, or the troupe of performers/attractions can’t overcome with a heartfelt song and giant dance number. That’s sort of the function of this kind of movie.

I always want to like the movies I watch. I always go into them hoping that I’ll be entertained by them and will walk out the other side happy to offer a recommendation. Musicals, admittedly, have a tougher road with me than do many other genres of film. But I do want to like them. The Greatest Showman, outside the production values, is very disappointing. The characters aren’t that interesting because we don’t really get a great deal about them. What do we really know about Carlyle, for instance? He comes from money and pursues a forbidden affair. And that’s pretty much it for the entire film. Everyone else is that way, too. This has the depth of a dinner plate.

The songs are good. The production values for many of those songs is also good. The movie itself, though, borders much on the melodramatic. It desperately wants to be meaningful and relevant, and would probably have been better of just striving for good and entertaining rather than the host of social issues it evidently wants to cure. No shame in trying to do good, of course, but there’s a difference between raising a social issue and hitting people over the head with it.

Why to watch The Greatest Showman: Production values.
Why not to watch: For as good as the production values are, it feels like a cinematic “This way to the egress” sign.