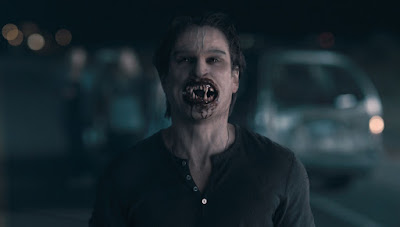 I was very much prepared to dislike the 2011 version of Fright Night for a number of reasons. The first and primary reason is that it’s a rare movie where I’m happy to see Colin Farrell in the cast list. He’s one of those actors I tend to think could be replaced by a lot of other people in most cases, and I say this as someone who has genuinely enjoyed some of his performances (like Minority Report). Part of this is that I love the original Fright Night for its campy joys and figured (rightly, mind you) that this would be a much darker film. Intentional camp is rarely good, which means that we’re going to either lose that aspect or we’re going to have a lot of forced silliness.

There are some things that work in the remake’s favor. It’s a reminder of just how much the cinematic world lost when we lost Anton Yelchin. Yelchin was almost always engaging on screen, and he certainly is here. We’re also going to get Toni Collette, who I will watch in virtually anything, even if she’s a bit underused in this film. We’ll also get David Tennant in the Roddy McDowell role, and while the two versions of Peter Vincent are very different, they both have their strengths.

Because of the differences between this film and the original, there are going to be some spoilers here for the original Fright Night. I’m not going to put these under a spoiler tab because the movie is nearly 30 years old. If you haven’t seen it yet, that’s on you, not me.

In truth, I didn’t like this much for the first chunk of the film. There are particular beats to the original story that are important that feel rushed here, and particular ideas that have been swapped around. For this version, Charley Brewster (Yelchin) is approached by his nerdy former best friend Ed (Christopher Mintz-Plasse) about Charley’s new neighbor Jerry (Farrell). See, Ed has been doing some snooping and has discovered that Jerry is a vampire. Charley naturally doesn’t believe him, and coupled with Ed’s overactive imagination and their past making goofy films together, the now moving socially upward Charley decides Ed is crazy, but humors him under threat of their old videos being made public. Shortly thereafter, Ed gets turned by Jerry and disappears from school, which makes Charley more apt to believe his now-missing friend.

This seems out of pace with the original. In the first version, it’s Charley who tries to recruit Ed in killing his neighbor and Ed makes it much further into the movie. The balance seemed off here, and Charley gets far more evidence of Jerry’s vampirism much more quickly this time. Again, it felt like a pacing issue to me, but that might well have been caused by my own expectations and memory of the original.

The film does improve with the addition of Tennant’s Peter Vincent. In this version, Vincent is not a run-down television horror movie host/out-of-work actor but a highly successful Vegas magician who appears to have been modeled on Criss Angel. That makes for some fun and allows Tennant to chew some scenery. We also get some nice scenes from Imogen Poots as Charley’s girlfriend Amy, and of course a few scenes with Toni Collette as Charley’s mom. If the film needed anything added to it, it was more of Toni Collette, but that’s kind of true in general.

The truth is that I warmed up to Fright Night the longer it went on. I’m not ready to say I liked it more than the original version of the film, but I liked it well enough that I think it’s probably worth recommending. It ends a lot stronger than it starts, and I freely admit that my problem with the first half hour to 45 minutes is almost certainly my expectations.

Well, that and the fact that this is a much darker movie in a lot of ways. That works sometimes, but doesn’t work all the time. For instance, in 1985, Jerry the vampire*, who was played by Chris Sarandon (who does make an appearance in this one), creates something like a relationship with Charley’s mom, at least in some respects. This time, Jerry simply accuses Charley of a number of crimes against him, demands that she call the police, and then almost immediately attacks the family home. Like I said, there are some pacing issues here.

Given a choice, I like the first one better for a lot of reasons, but this ended up better than I expected it was going to be. I guess that’s a win, right?

Why to watch Fright Night: It’s a serious attempt to move away from the romantic vampire subgenre.
Why not to watch: A lot of the goofy charm of the original is missing.

Posted by SJHoneywell at 6:29 PM