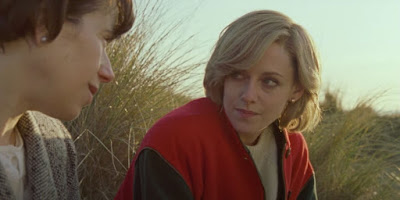 There’s a specific breed of actor that has gained the ability to do whatever the hell they want to do for the rest of their careers. Elijah Wood never needs to work again thanks to the Lord of the Rings movies. The same is true of the Harry Potter franchise kids. It’s also true of Robert Pattinson and Kristen Stewart. Neither of them need to work again, and they can pick and choose whatever projects they want to work on. It’s meant that a lot of them have done some really interesting projects. And that’s led us to Kristen Stewart’s work in Spence.

This is, of course, the Princess Diana movie that doesn’t suck as opposed to the 2013 Naomi Watts film. Anyone who has followed Kristen Stewart’s post-Twilight career isn’t terribly surprised at her Oscar nomination for Spencer. She’s done fantastic work over the last half dozen years and probably deserved a nomination for Personal Shopper at the very least. To finally see her get a nomination, and one that is clearly earned, feels like a little bit of justice.

Spencer is very much a character study, not a film that has a great deal of plot. It takes place around Christmas in 1991, when the marriage between Diana (Stewart) and Prince Charles (Jack Farthing) was starting to disintegrate. Diana arrives at the Queen’s Norfolk estate of Sandringham to find herself essentially ignored by the entire royal family aside from her boys Harry (Freddie Spry) and William (Jack Nielen). Her only friend is her dresser, Maggie (Sally Hawkins). The days leading up to and immediately following Christmas are a time of isolation for Diana, who deals with her role in the royal family, her crumbling marriage, and what seems like the beginnings of a mental split from reality.

A great deal of the film concerns Diana’s alleged battle with bulimia—it’s implied several times at the very least. There is also a great deal of time spent comparing her with Anne Boleyn (Amy Manson), another royal spouse who became inconvenient and needed to be pushed aside. Boleyn appears to Diana several times over the course of the movie, and while their fates are different, their situations are similar enough that the comparison between them works very well.

While other people will come and go through the film—Charles is actually a fairly minor character aside from one or two scenes, there are two other people who will prove to be important. Equerry Major Alistair Gregory (Timothy Spall) is a dark and foreboding presence for much of the film. It is his task to keep the privacy of the royal family as private as possible, a difficult task when Diana appears ready to do everything she can to flout the royal conventions (such as leaving her curtains open while changing). The other is Darren McGrady (Sean Harris), the royal head chef. McGrady is a sympathetic character, someone who seems to genuinely like Diana and treats her as well as he can.

Spencer is a mainly, but not entirely, sympathetic portrait of Diana. We are meant to feel sorry for her and to look at her as a tragic figure. The problems she is experiencing are very clearly not of her own making. Where the film is perhaps slightly less sympathetic to her is in how she reacts to those problems. The film comes short of essentially charging her as suffering from depression or any psychotic break, but it at the very least dangles its toes over the edge of that particular precipice. In short, while the problems aren’t of her making, how she deals with those problems is called into question. At its heart, though, is a woman who wishes to resume a normal life, to love her kids, and to not feel like she is constantly under the scrutiny of the world and especially of her family.

While there are plenty of good performances (Spall, for instance, is tremendous, and Sally Hawkins does a great deal with what could be a very insignificant role), this is absolutely Kristen Stewart’s movie from the opening moment to the moment the credits begin. As good as she has been in the past in several projects, she has never been better. This is not an impression of Diana, but an inhabitation of the character of who she was. It is an astonishing performance, the sort of thing that would make a career if she didn’t already have one.

Spencer is magnificent and is so specifically because of Stewart’s transcendent performance. This is as good as a biopic is likely to get.

Why to watch Spencer: Kristen Stewart handily shuts up all of her critics.
Why not to watch: You know this happy ending can’t last.

Posted by SJHoneywell at 5:01 PM