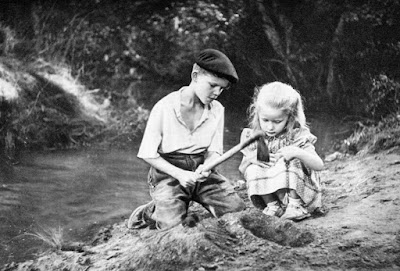 This is a case once again where I think that the Academy did a solid job of nominating the correct films for this year. The films I really want to bring up here are all original screenplays, and thus aren’t appropriate for this award. The biggest miss, the one that I would include is Forbidden Games, which is a remarkable film. Moulin Rouge might bear some thought as well, although I didn’t like this more than I did the five nominated films. I’m tempted to bring up Orson Welles’s version of Othello, but I haven’t seen it.

5: 5 Fingers is an oddball of an espionage film. The biggest issue with the film is that it starts very slowly and doesn’t really become interesting until about halfway through. It’s impressive in the sense that we have a real idea of where the film is going to go and it does get there, but it gets to the necessary conclusion in a way that is unexpected. That’s impressive, but in a very real sense, 5 Fingers is often unexpected in ways that aren’t very good. It’s not bad; it’s just not that great. 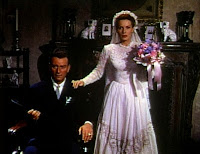 4: The Quiet Man is an interesting film, and I’ve heard it said before that this is the film that John Wayne should have won an Oscar for despite his not being nominated. The story is a pretty good one. So why am I putting it fourth? Because the story works specifically because of just how hateful many of the characters are. While it’s certainly relevant and useful for the story, I have a difficult time rewarding a film that gives us a truly hateful character like Mary Kate and wants us to like her. 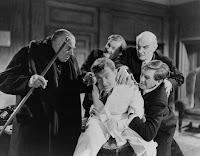 3: There’s a joy in a film like The Man in the White Suit, and most of that joy is in the role played by Alec Guinness. This is a very clever film, and one that manages to put a few digs in both the scientific community and the business world. The problem with it in terms of Best Adapted Screenplay is that it’s so short and lightweight that it’s difficult to take very seriously. Sure, it’s well written. Sure, it’s entertaining. But ultimately it comes across as pretty fluffy.

2: It would be easy to call The Bad and the Beautiful a character study rather than a film with a plot, and I think that might in fact be the truth. The genius of the film, and at least a part of why this ended up winning this Oscar is that it forces us into a position of dealing with someone who is genuinely terrible. That brings up an obvious question here—why do I accept it here and not with The Quiet Man? I think it’s because The Bad and the Beautiful doesn’t even attempt to make me sympathize with the Kirk Douglas character. It merely presents him as someone to observe. 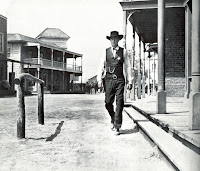 1: My choice is High Noon, which I think is a truly great story because it works both as the story itself and works just as well as allegory. I also like that the main action takes place in essentially real time. We’re given about an hour before the huge confrontation, and getting there takes about an hour of film time. I also think the story is economical and tight, and beautifully paced. The Bad and the Beautiful isn’t a terrible choice here, but my vote would have gone to rewarding one of the great Western screenplays in Hollywood history.

Email ThisBlogThis!Share to TwitterShare to FacebookShare to Pinterest
Labels: 1952, 5 Fingers, Best Adapted Screenplay, High Noon, Oscar Got It Wrong!, The Bad and the Beautiful, The Man in the White Suit, The Quiet Man