Look What the Cat Dragged In 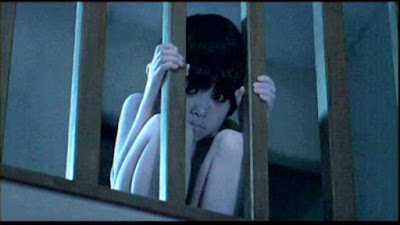 There is a stupid trend in American films where a successful foreign movie is created and then remade for an American audience. I understand remakes when there’s a time distance between them. There are plenty of remakes that are good, and some that are better than the original versions. But when the remake is just a couple of years after the original, frequently sanitized in some respect, and different mainly in that it’s in English rather than its original language, I wonder at the point. There are a few exceptions. The American remake of Ringu is almost as good as the original. The American remake of Ju-on is decent as well, but now having seen the original film from 2002, I have to admit that the remake really wasn’t necessary.

One of the more interesting aspects for me of Ju-on is that it represents a very serious shift in some respects in terms of the victims in horror movies. While I’m certain there are earlier examples of this, in Ju-on, the victims of the curse that the film explores are all entirely innocent. There is no one here who even remotely deserves what is going to happen to them, and there is no way to stop what is happening to them. That’s the point—sure there are innocent victims in previous films, but there was a way out for them. Or, they weren’t as innocent as we’d like—often simply privilege is enough to set someone up to be “worthy” of being attacked. Okay, sure there are some examples from the past--The Last House on the Left, I Spit on Your Grave and the like, but our victims here are not merely minding their own business but are actively trying to assist the people who are cursed, and thus end up cursed themselves.

The basic idea here is that when someone dies filled with rage, they create a ghost whose spirit infects the location of the person’s death. That spirit essentially grabs onto anyone who enters that place and the cycle of vengeance and rage is taken out on that person, infecting the place where they die. So, more or less, if you walk into the wrong house, you are cursed, and eventually, the curse will kill you, and spread to anyone sets foot in your house.

And that’s where we’re going to start. Living in a house that has been infected with such a cursed spirit is the Tokunaga family—husband Katsuya (Kanji Tsuda), wife Kazumi (Shuri Matsuda), and Katsuya’s sickly mother Sachie (Chikako Isomura). A social worker named Rika (Megumi Okina) is sent to care for Sachie, who appears to be living in squalor. What she witnesses, though, is a spirit killing Sachie, which causes her to faint.

Ju-on is told in episodes, so we get information on what is happening and why periodically throughout the film. What we discover is that the house the Tokunagas live was the scene of a fairly gruesome crime. Takeo Saeki (Takashi Matsuyama), the previous resident of the Tokunaga house, discovered that his wife Kayako (Takako Fuji) had fallen in love with another man. He killed her, their son Toshio (Yuya Ozeki), and the family cat. Now, Toshio appears in the house, and both Kayako and Takeo appear to kill those who have been infected by the curse and perpetuate it further.

This is really what Ju-on is in its original incarnation. We’re not going to get the story of a single person affected by a strange curse caused by a terrible crime, but a series of connections and ripples that happen from that crime and radiate out into the community surrounding the cursed house. It’s a much more interesting story in this respect because it’s so much more than just one person being affected by the curse.

Of course, the real question here is the scare factor, and in that respect, Ju-on comes through. There is something about the Japanese horror movie trope of ghosts with the pasty face and stringy hair. In this case, we get that with Toshio, who also frequently makes noises like the murdered family cat.

Ju-on’s greatest success, though, is in creating a sort of mythology that makes the curse the plagues every character in the film something terrible and real, but also terribly prosaic. The curse moves from person to person, spreading slowly but geometrically, an idea that it adapted and altered from Ringu.

There’s a reason that Ju-on is considered a classic in the genre. It’s as good as you’re going to find.

Why to watch The Grudge (2002): While the remake is good, the original is better.
Why not to watch: No good reason, really.