Christmas falls on an Oscar day this year (note the order there—Oscar day does not fall on Christmas), so I’m putting up my yearly list of ten suggestions for the 1001 Movies list a day early. I’ve done this before, so it’s not that strange, but it’s different enough that it’s worth noting. This has been a difficult year, but I've completed a milestone or two on this blog. I'm done (for now) with my Oscar movies and am almost done with the Oscar posts. And so, this yearly list of suggested films comes at an interesting moment in this blog's life. 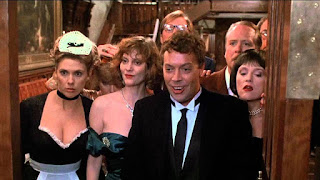 Filmmakers can find inspiration anywhere, it would seem, but there are plenty of places that seem like, well, bad choices. Films like The Emoji Movie indicate that not every idea is a good one. Board games feel like that same kind of thing, and yet 35 years ago, we figured out exactly how to make a great movie out of a game. Clue still works. It’s still funny all the way through, and most of the jokes still land just as hard as they ever did. Madeline Kahn’s performance is absolutely iconic, as are Tim Curry’s and Michael McKean’s, but honestly, everyone in the film is perfect.

Parody is hard. To really create a good parody requires a deep love of what is being spoofed. Galaxy Quest makes a very strong case for being the best Star Trek movie ever created. This is a movie that is genuinely funny throughout for people who aren’t Star Trek fans, but funnier for people who are. But it so clearly loves its inspiration. Most importantly, this is a movie that understands fans and fandom and that weird place of worship, love, and anger that people have for the shows that they love. Galaxy Quest is good because it’s funny, but it’s great because it genuinely and without malice loves its source. 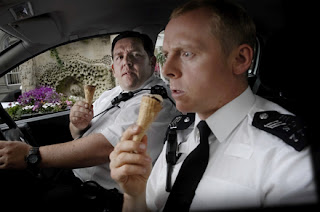 What I said about Galaxy Quest above applies in all ways and at the same level to Edgar Wright’s Hot Fuzz. Wright absolutely loves buddy cop action movies, something that is clearly apparent in every aspect of this film’s dialogue, characterization, and plot. That it overtly pulls moments from films like Point Break and Bad Boys II simply enhances that fact. Wright is one of the best and most interesting filmmakers working today. Much of that comes from the tremendous wit he has in creating visual jokes. Wright doesn’t just make funny films—he makes films funny.

Some actors make strange choices in their career. Ben Kingsley, for instance, does movies like BloodRayne, offering the impression that he is desperate for money, but he’s also capable of a performance like the role of Don Logan in Sexy Beast. Kingsley casts a long shadow over the entire thing. There’s not a moment that isn’t dictated in some respect by his purely evil and foul-mouthed performance. Kingsley is terrifying in this role, which, paired with Gandhi, is the clearest argument that can be made for the man’s range. While the whole film is good, Kingsley specifically is responsible for this movie needing to be on The List.

I enjoyed the hell out of Tokyo Drifter, and only a part of that was because of the story of a Yakuza hitman trying to get out of the business but being dragged back in just to defend himself. Most of my enjoyment came from the unreal beauty of the way the movie was filmed. Tokyo Drifter is the closest we can probably get to a live-action anime from the 1960s. It’s a neon-infused gangster film, an idea of what noir would look like if it showed up a couple of decades later and had started in Japan. It’s beautiful and just on the edge of surreal, and every frame of it looks like a painting. 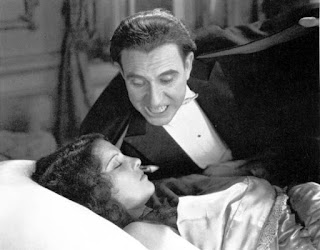 “Wait,” I hear you say, “Dracula is on The List already.” Yes, the version of Dracula starring Bela Lugosi is deservedly on the list, but the Spanish-language version, filmed at the same time and on the same sets is at least as good as the English version and is arguably better. It’s longer, for one thing, which helps it. More importantly, the crew on the Spanish version was able to learn from the crew filming during the day, giving them better ideas for things like camera angles and placements. It’s a similar vision, but a different one, and it’s absolutely engaging. And, for a wonder, Carlos Villarias is every bit the match of Lugosi. 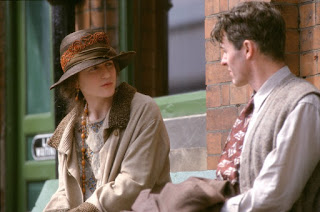 I did not expect to like The Hours as much as I did, and I found that the middle of the three stories faltered a bit for me. It’s not a movie I’ve gone back to watching again, but it’s one that I still think about, six years (almost seven) after I saw it. This is another film that trades heavily on its performances and it gets some great ones—that’s expected from a film with essentially lead roles from Nicole Kidman, Julianne Moore, and Meryl Streep. The Hours is evidence, or at least should be evidence, that “women’s movies” are not really a thing. Good movies and great performances should play for any audience, and this one is evidence. 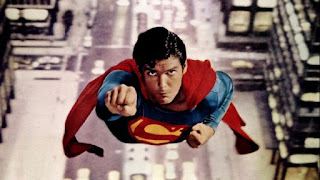 “You’ll believe a man can fly,” the ads said, and damn, but we did. Superhero movies are very much in vogue right now, of course, and there was a long dark period of bad comic book films where everyone was trying to recapture the magic produced in 1978. What has become almost its own genre at this point more or less started here with a story that still resonates and Christopher Reeve truly embodying the Man of Steel. Maybe it doesn’t really play as well today. I can’t really tell, though, because I am admittedly very close to this movie. Sure, The List has put some Batman and Avengers films as a token, but the listmakers really missed the boat by not enshrining the original. 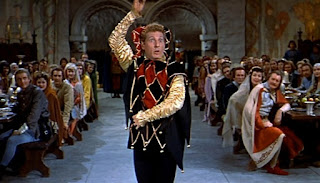 When I was a kid, Channel 9 WGN in Chicago had a Sunday television series called Family Classics that showed family-friendly movies. There were plenty of movies I saw over and over--Sink the Bismarck!, Mysterious Island, Scrooge…but I never saw The Court Jester and I can’t understand why. This is a perfect movie for that kind of program. It’s fun and entertaining, has great songs, and is genuinely appropriate for any family. I’ve checked, by the way—this never showed up on the Family Classics playlist. It should have. I can’t believe it took me into my 50s to see this almost pure bit of family entertainment perfection. 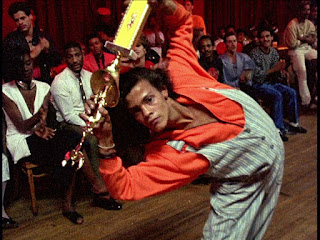 While The List has actually done a fairly good job of addressing non-dominant American culture, it hasn’t done so perfectly. Paris is Burning is a documentary that focuses on the gay and transgendered culture of New York of the late 1980s, with a great deal of emphasis on the drag balls that happened at the time. This is not merely an interesting film that addresses ideas of gender, sexuality, and fashion. It is as much an anthropological record of a subculture documented with respect and without judgment. For a world still learning to deal with transgenderism, to have this cultural snapshot from 30 years ago is a gift.