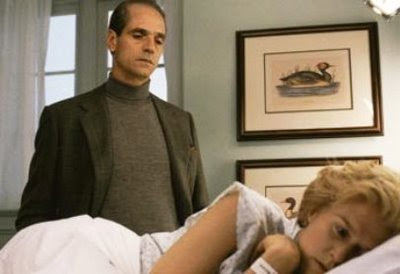 We have a fascination in this country with the extremely wealthy. This is not really surprising, because when things are good, there’s not a one of us in the great unwashed who wouldn’t want just a little taste of that life. When things are bad, we like to look at their foibles and issues and stand in moral superiority over those people who use their extreme amounts of wealth to commit moral depravity because they feel that they are above the law and their money makes them so.

Reversal of Fortune is the film made of the book of the same name. Alan Dershowitz, the Harvard law professor (played by Ron Silver), both wrote the book and served as the defense attorney in the case at hand here. The case is that of the attempted murder of Sunny von Bulow (Glenn Close) by her estranged husband Claus von Bulow (Jeremy Irons). Claus was convicted of two attempted murders of his wife around Christmas on two successive years. The case at hand and the film are about the appeal.

I remember this case when it happened, although I remember imperfectly. Certainly I remember that Claus von Bulow was guilty in the minds of the average citizen. There was no doubt in the minds of many people that Claus von Bulow injected his wife with the near-fatal overdose of insulin that put her in a vegetative coma that lasted until her death in 2006. Unlike other, more recent high-profile murder cases, I don’t recall having much of an opinion on this one beyond the fact that von Bulow probably was guilty.

But the movie calls all of this in doubt, presenting a variety of alternative theories. The result of the case really isn’t in doubt, since it’s all a matter of public record. Dershowitz absolutely destroyed the state’s case against von Bulow by throwing everything they did in doubt. Von Bulow’s guilt or innocence isn’t really in question here—what is in question is whether or not he got a fair trail the first time around. In fact, the closing comments, done in voiceover by Glenn Close suggest that von Bulow’s victory is all that we are really allowed to know.

What makes the film interesting is the personas of Dershowitz and von Bulow. Since the movie is based on Dershowitz’s book, he certainly comes off as the hero of the film in many ways. He’s a tireless fighter for the rule of law, taking the case because it angers him on a deep level. His conviction of von Bulow’s guilt or innocence doesn’t matter to him—what matters is the way the case was handled initially. Since this offends him, the case is worth taking. He’s something more than a white knight here—he’s almost too perfect. His flaw is that he cares too much about his cases and not enough about the people in his life, exactly the sort of quality you want in a lawyer.

Von Bulow is a different case. What makes this film so interesting is that Claus von Bulow, as depicted here, is a complete prick. You want him to be guilty because he’s such a pompous ass. And maybe that’s the point of the film—even if you overlook the vast amounts of money and assume that he was acquitted because of the cash, the truth is that we want him to be guilty. We almost need him to be guilty so that we can feel better about ourselves. So maybe, if a complete and utter shite like von Bulow can get something like justice, the system might actually work for all of us. We want to root against him—he married for extreme wealth, conducts an affair with a friend’s daughter (Julie Hagerty in a “this will be good for your career” move that didn’t work) in full view of his wife, and days after his conviction, shacks up with a new mistress, Andrea (Christine Baranski).

Dershowitz is assisted by his team of current and former law students, who are essentially faceless and interchangeable for the purposes of this film. A few notables came out of this crew—the bushy-eyebrowed Tom Wright, a very young and nubile Felicity Huffman, and the instantly recognizable Jack Gilpin, for instance. But these are less characters than a backdrop for Silver’s Dershowitz. They are distinguishable only in the sense that Raj (Mano Singh) is the Indian guy and Minnie (Huffman) is the one who didn’t want the case initially. Beyond that, they may as well be animatronic or waxworks, and could just as easily be named “Indian dude,” “goofy white guy,” “female African-American student,” and “doubting white chick.”

It’s worth it just to watch Jeremy Irons. He’s magnificent in the role here, as he generally is. Irons is tremendous because he’s a complete chameleon, and when given a role he can bite into, he’s as good as anybody out there. This is back from when he took fantastic roles—this, Dead Ringers, The Mission. Lately, his judgment has lead him to trip like the Dungeons & Dragons movie, Eragon, and the fourth Die Hard installment. Choose better, Jeremy. You’ve shown here that you’ve got the skills.

Why to watch Reversal of Fortune: Jeremy Irons at the absolute pinnacle of his craft.
Why not to watch: Do you really want to root for von Bulow and Dershowitz?
Posted by SJHoneywell at 10:04 PM