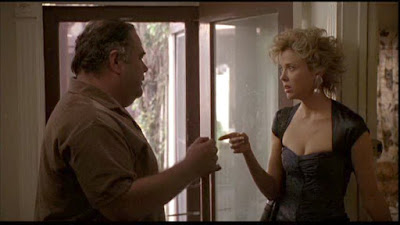 Ah, 1990. There are plenty of movies that I like from 1990, but it’s the rare one that seems like it genuinely belongs in contention for Best Picture. It’s a weird year in that respect, because while I don’t love most of the nominees as eligible for this award, there aren’t a lot of things I can suggest as legitimate replacements. Home Alone is certainly influential in a lot of ways, and the same could be said of Edward Scissorhands, even if I think it’s not nearly as good as everyone seems to believe. On the horror front, Tremors, Flatliners, and The Exorcist III were all released in 1990. The best horror-related films of 1990, though, are Jacob’s Ladder and Misery, both of which I might actually consider. I like My Blue Heaven more than it deserves. The French version of Cyrano de Bergerac is great, although the best part of it is the nominated performance of Gerard Depardieu. I haven’t seen Wild at Heart, but from what I know, a lot of people think it’s worthy of some consideration. The big miss in my opinion is The Grifters, which really should be here.

5. It’s no surprise that I’m putting The Godfather, Part III in last. I’m of the opinion that this is a better movie than most people think it is, but that’s only because most people remember it as a complete train wreck. It’s not, but it has a lot of problems. Perhaps its biggest problem is that it’s the third movie in one of the most highly-acclaimed film series ever made, which makes it not unlike Alien3. It’s clearly the least of the trilogy, and I’d much rather see The Grifters in contention than a film that is decent but also a massive letdown.

4. The problem with Dances with Wolves is that it doesn’t show any restraint. It takes a pretty standard story (man meets noble “savages” and discovers their way of life is better than his) and puts it on a sweeping landscape and blows it up to epic length. Again, it’s not a bad movie; I’m not convinced it’s a great one. It’s far too long for the story it wants to tell and I think it falls prey to Kevin Costner’s bloated ego at the time, making it bloated itself. With a serious trim, I’d like it a lot more than I do. I don’t hate it, but Best Picture? Nah.

3. The best part of Ghost is Whoopi Goldberg, and she won pretty much every important supporting actress award for the year. I don’t completely hate the nomination of Ghost because I think it’s a pretty good film, but it’s not one I could ever really see winning. My problem with it, despite its having some truly iconic moments, is that it eventually falls prey to the Hollywood ending. It ends up being more formulaic than I would like in the last act, and its dip into thriller territory in the third act doesn’t really fit with the rest of the movie.

2. Awakenings is the first of the five nominees where I think I’m completely satisfied that the film deserved to be in the running. It has everything that Oscar is looking for in a Best Picture candidate. We’ve got a doctor attempting a new, radical treatment against the advice of the medical profession and the damn thing works. And it’s based on a real story. It also features a monster performance from Robert De Niro and a fine one from Robin Williams. It isn’t a film I’d go back to that often, but it’s one that pushes all of the right buttons.

1. For my money, the two best films of the year in terms of what Oscar looks for in a Best Picture are The Grifters and Goodfellas. The truth of the matter is that I like The Grifters more as a film, but I think Goodfellas is objectively the better movie. I’d have a much more difficult decision had both of them been nominated, and I can’t say that I wouldn’t go for The Grifters in an open field. But, ties and virtual ties always go to the Academy on this blog, so Goodfellas gets my vote as the movie that was robbed.