The Contenders:
Bonnie and Clyde
Doctor Dolittle
The Graduate
Guess Who’s Coming to Dinner
In the Heat of the Night (winner) 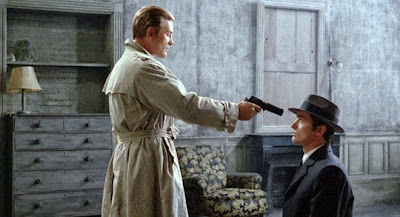 Right off the bat, we’re missing Cool Hand Luke here, and that film is better than at least three of the contenders. I think I can make a strong case for Wait Until Dark as well. Other films that don’t get enough love are Point Blank, The Dirty Dozen and 2 or 3 Things I Know about Her. Sticking on the non-English front, I’d toss up Le Samourai and Closely Watched Trains as films that could compete pretty well with our five on the list. I might add in Playtime as well, although it’s not my favorite Tati film. Lovers of the obscure will recognize this as the release year of Quatermass and the Pit. For fun, MST3K fans can revel in 1967 being the release year of Catalina Caper.

5: Let’s be blunt: there’s no reason with all of the great ignored films from this year that Doctor Dolittle belongs within fifty feet of the list. I kind of like Doctor Dolittle, but I would never suggest that it belongs here in a year with this many strong films. Almost certainly there was politics involved in getting it a nomination, and I hold whomever responsible for the snub of Cool Hand Luke. I haven’t seen all of the Best Picture nominees from all of the years yet, but I’m guessing if I did a top-ten bad nominations, this would be on it.

4: Since Doctor Dolittle is such a bad nomination, it’s easy to remember. Guess Who’s Coming to Dinner is the one I have trouble remembering as a nomination. This is a good film and an interesting one for the time, but again, it’s not a film that really needed to be nominated because there are plenty of better films from 1967. The biggest issue with Guess Who’s Coming to Dinner is that it hasn’t aged well. While it might have been edgy 45 or so years ago, today it comes across as sort of a nothing. 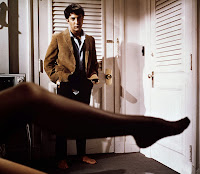 3: I don’t like The Graduate. In fact, of the five movies nominated, it’s the film I like the least. That said, I recognize that this is a genuinely well-made film and an influential one. I just dislike every character in it and I don’t think terribly much of the plot. If I were judging these completely on my personal preference, this would be on the bottom. But, I do need to recognize that this film is influential and has affected a lot of the films that came after it. I suppose I can be convinced that it’s not a terrible nomination. I just don’t like it.

2: In a lot of ways Bonnie and Clyde getting a nomination in itself is a victory. This nomination is symbolic of a change that was starting in Hollywood in this year and that eventually came to fruition a few years later. A lot of people would argue that Bonnie and Clyde should have won this year and it’s an argument I can make as well. This was a daring film, which meant that it probably didn’t really have a chance of winning. Take this vote today, and I’m pretty sure this is your winner, and I’m not sure I completely disagree.

1: Of the five nominated movies, In the Heat of the Night is my favorite. The thing I like about it is that it’s far smarter than most people remember. We remember the slap in the greenhouse, but we forget that this film would have been a short subject had it specifically been about the racist South. No, it’s smarter than that, and a great deal of the plot and many of the complications come from the reality that our putative hero Virgil Tibbs is in many ways just as much of a racist as the rednecks. I’m happy with this win, but not entirely satisfied. This is a good choice, but there's a better choice to be had. 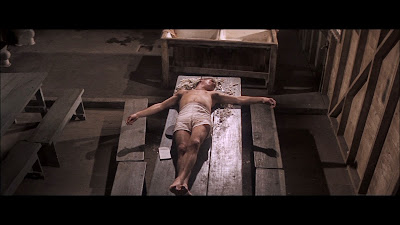 As much as I’m okay with In the Heat of the Night winning, and as much as I’d be okay with Bonnie and Clyde winning, the real winner here is Cool Hand Luke, which was completely robbed of a nomination. Now, I don’t know if it would have won if nominated, but it would have at least been in the running, where it deserved to be. Technically, this is an “Oscar fucked up” case, but because I do genuinely think my two top spots could be argued, I’m not going to be as harsh as I could be. That said, we should be talking about Cool Hand Luke as 1967’s winner. 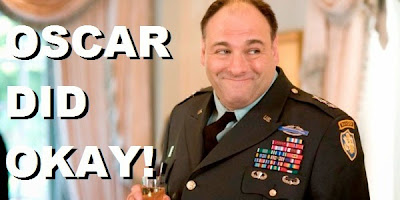 Email ThisBlogThis!Share to TwitterShare to FacebookShare to Pinterest
Labels: 1967, Best Picture, Bonnie and Clyde, Doctor Dolittle, Guess Who’s Coming to Dinner, In the Heat of the Night, Oscar Did Okay, The Graduate