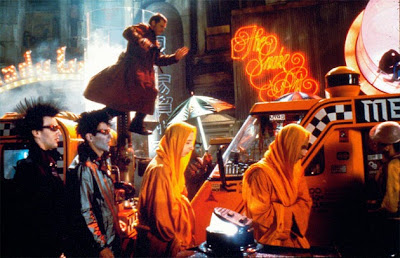 When I looked at Best Director 1982, I mentioned how much I like this year of movies, particularly the science fiction/horror releases in June. One of these, (E.T.) was nominated for Best Picture, while the other four--Star Trek II: The Wrath of Khan, Poltergeist, Blade Runner and The Thing were not. I understand why they weren’t, even if the Academy was wrong (and for Blade Runner, they were working with the sub-standard theatrical release). Das Boot garnered a nomination for Best Director but not Best Picture, and that’s kind of a crime. It’s also the release year for Fitzcarraldo and Fanny and Alexander, and a case could be made for both. In a perfect world, someone might have argued for Godfrey Reggio’s Koyaanisqatsi or The Year of Living Dangerously. No? Officer and a Gentleman perhaps?

5: The Verdict is a case in point of the Academy playing things safe and not leaving its comfort zone. There’s nothing inherently wrong with this film. Oh, there are plenty of problems here—it doesn’t earn its ending, for instance. It’s also a film that you’ve seen before: down-on-his-luck lawyer gets a big case he’s supposed to lose and through the magic of the justice system, actual justice prevails. Hey, it’s a story that plays for a lot of people, and this is a decent version of it. But it’s just decent. It doesn’t belong here.

4: E.T. the Extra-Terrestrial was 1982’s box office champ, and its success is a large reason why the other science fiction and horror films didn’t do as well. In a lot of ways, it’s a sentimental choice. It’s a cute movie. But it’s also a Spielberg cute movie, which means that we’re getting a lot of Spielberg’s tropes. Y’know, kids with father issues, evil government, magic of childhood…In truth, of the five great sci-fi/horror films of June 1982, E.T. is by far my least favorite. I’d rather see any of the other four nominated.

3: I like Tootsie for a lot of reasons. I like that for something that plays as broadly as it does on the surface, there’s a lot of subtlety here. I like that it doesn’t always go for the obvious joke. I like that in the context of a comedy it deals with some significant issues and deals with them very well. It’s just not close to the best picture of 1982. Were I to make a list of dream nominees, Tootsie might sneak in as the fifth nomination, but it’s more likely it gets left off entirely.

2: If you look at the five nominees, Gandhi winning is a no-brainer. It’s big, it’s about a major political figure of the 20th century, it’s epic in length. I’m guessing that Gandhi didn’t merely win but won by a landslide. This is exactly the sort of film that Oscar likes to pick for Best Picture. And really, if I’m honest about it, I have to admit that it’s an impressive piece of work. My issue with Gandhi is that once I’ve watched it, I’m not sure I ever want to watch it again. It’s too long and too overwhelming. Of course, that’s probably why it won.

1: I went into Missing knowing virtually nothing about it and came out the other side duly impressed. Along with Gandhi this is one of the films that I would argue deserved this nomination. It’s moved along by a fantastic dramatic performance from Jack Lemmon and solid work from Sissy Spacek and it stays true to the political ideals of director Costa-Gravas. It’s a movie more people should know, and limited to the five nominees for this year, it’s the one I was the most impressed by and the one I would choose for Best Picture.

But, as it happens, in this little fantasy world I enjoy, I am not limited to the five nominees and I don’t have to pretend that I need to choose from them. In a year with so many good movies, the lack of nomination for many of them seems bizarre to me. If asked to pick a favorite, The Thing would come close to the top despite it never having a chance to win in the real world. Ideally, I’d like the top spot to be battled out between Fitzcarraldo and Das Boot, with Das Boot taking the prize. It’s a sad thing when the two best films of the year don’t even rate a nomination. Oscar, you should be ashamed of yourself. 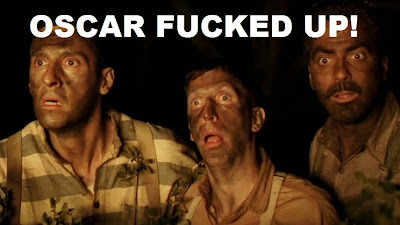