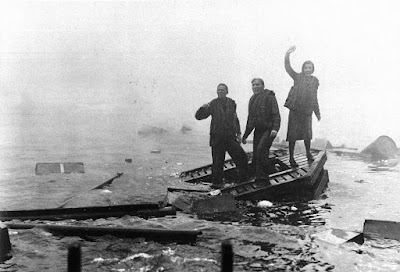 While 1944 was a decent year for film, it was a dismal year for original screenplays. In fact, of the Oscar categories I care about, the only film that might be considered an original screenplay (maybe) from the nominated films is Lifeboat. If eligible, it definitely should have been here, because it’s a pretty good film, even if it’s second-tier Hitchcock. Virtually everything else from this year I looked at--Going My Way, Double Indemnity, The Uninvited, Murder My Sweet, Aresenic and Old Lace, To Have and Have Not all the way down to films like Mr. Skeffington came from books or plays. Even The Curse of the Cat People would probably be considered based on the first film, even though that relationships is pretty tangential. And seriously, I don’t even know if Lifeboat would qualify. 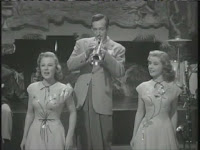 5. The presence of Two Girls and a Sailor as a nominee is the best evidence I have that this was an incredibly thin year. There’s actually a lot of really good music in this movie, and that’s pretty much it. The plot could fit inside a fortune cookie, and that it’s evidently one of the five best original screenplays of the year is kind of depressing. If you consider the appearances of a lot of musical acts and performers as a part of the screenplay, it raises it in some respects, but it’s still an indictment on the year that this was even in the running, and that I could only find a single movie that might be eligible to replace it. 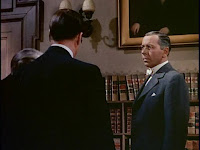 4. Wilson won this award, and looking back, I’m not really surprised that it did. This was a war year, after all, and a hagiography that was more or less a patriotic explosion of the previous war president would certainly get a great deal of play come Oscar-time. Looking back at it now, though, Wilson is bloated, overlong, and not very interesting. It’s well-made, well-acted, and dull as white paint. So, I understand why it’s here and I even understand why it won, but I can’t really support this taking the statue. I get it, even if it doesn’t make sense any more. 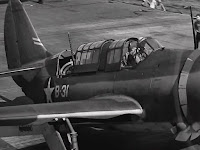 3. Wing and a Prayer is a pretty effective propaganda film for what it is, and as with Wilson, it’s not much of a shock to see propaganda films peppered through the war years. There are some aspects that work directly against its success, though. There’s a huge cast, which means that when men fail to come back from missions, we’re not always sure which guy we’ve lost. Still, it’s a well-made film and it’s effective at what it does. Based on the year, I’m actually not too upset that it was nominated. It probably wouldn’t be nominated in most other years, but it’s not bad. It tries to show the frustration of the men in battle, and for that, it’s pretty interesting. 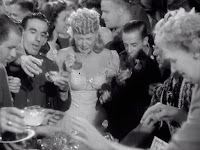 2. The Miracle of Morgan’s Creek is a comedy, and the plot wouldn’t support the weight of a fly, but it’s actually a lot of fun. It’s a silly little film that manages to touch just a little on the war but focuses more on the social mores of the time and has a great deal of fun at the expense of Betty Hutton and Eddie Bracken. This isn’t the sort of film that’s ever going to be someone’s favorite movie, but it’s pleasant and entertaining, and still pretty funny more than 70 years after the fact. I actually like this nomination pretty well. In a stronger year, it would likely come in fifth, but it would still be on the ticket in all but the strongest years of this era.

1. If we assume that I could slip in Lifeboat, my winner would still be Hail the Conquering Hero. Much like The Miracle of Morgan’s Creek, this is a Preston Sturges film starring Eddie Bracken, but this one has some serious bite to it, especially coming in the middle of a war. This film plays with the concept of heroism and hero worship and how quickly we are prone to following someone simply based on not merely reputation, but our impressions of them. There’s a great deal here that is still relevant today, and it was completely relevant in 1944. It’s a hell of a movie and worth tracking down. It’s clearly the best screenplay from its year, and I’d have put it in the running in a lot of other years.

Posted by SJHoneywell at 2:28 PM

Email ThisBlogThis!Share to TwitterShare to FacebookShare to Pinterest
Labels: 1944, Hail the Conquering Hero, Oscar Got It Wrong, The Miracle of Morgan’s Creek, Two Girls and a Sailor, Wilson, Wing and a Prayer