You Can Use the Penny for Therapy

So I should start by saying that yes, this should be one of Chip’s remaining four movies. I had planned for NetFlix to deliver one to me, but NetFlix (or the USPS) has not delivered. What this means is that the review of one of Chip’s movies will be a day or two late. Mea maxima culpa. 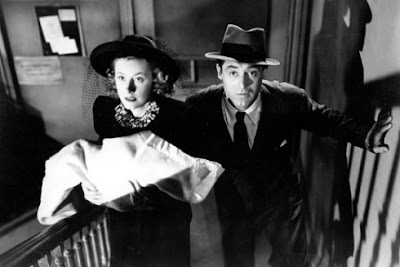 Instead, I decided to continue working on knocking out the giant backlog I have on the DVR. I decided to go for Penny Serenade in part because I’ve had it recorded for something like a year. The most noteworthy aspect of the film is that it’s one of the only two films for which Cary Grant earned an Oscar nomination. Truthfully, Grant deserved plenty more nominations in his career, and I was curious regarding this one. I’ve been told in the past that Grant never really got a nomination he deserved and deserved plenty of nominations he didn’t get. Having seen Penny Serenade, I understand precisely why he earned the nomination. We’ll get to that.

Penny Serenade is one of those movies that is told almost entirely in flashback. As the film starts, we are introduced to Julie Adams (Irene Dunne), who is packing a case in preparation for leaving her husband. Family friend Applejack (Edgar Buchanan) arrives and questions the decision. Julie has her mind made up and asks him to run out and buy her a train ticket. He does, and while she is waiting, she listens to some records and recalls her past with her husband Roger (Cary Grant).

So, they have a whirlwind romance that leads to a sudden marriage when Roger, a newspaper man, is given the opportunity to head up the Asian office of his paper. They marry, with the promise that he’ll send for her in three months. A quick tryst on the train to San Francisco and three months later, Julie arrives in Yokohama three months pregnant. What she also discovers is that Roger is something of a spendthrift, living on advances of his salary. Their two-year sojourn in Japan is curtailed when Roger inherits the equivalent of about $150 thousand. He proposes that they travel around the world, return to the States, and buy a small newspaper to run. This plan is somewhat changed when an earthquake hits, Julie loses the baby, and is then told that she will not be able to have children.

I’m going to say at this point that I’m going to go through the entire movie here and spoil it. If you haven’t seen this and are interested in seeing it without spoilers, you should stop reading now. This movie deserves it for its final 10 minutes. Anyway, Roger and Julie buy a tiny newspaper and bring in Applejack to run the presses. Eventually, he figures out that Julie is despondent being childless and he suggests that she and Roger adopt. Roger agrees, and the two trundle off to an adoption agency run by Miss Oliver (Beulah Bondi), requesting a two-year old boy with curly hair, blue eyes, and dimples. As it happens, this is an adoption agency that is without children at the moment. Eventually, Miss Oliver contacts them about an infant girl, and against Roger’s better judgment, they essentially walk out with the girl (they name her Trina) for a one-year trial basis.

Everything is peaches and cream with Trina, including a lengthy comedy bit about the pair dealing with an infant. What isn’t peaches and cream is that Roger can’t get the paper’s circulation up, and it folds, leaving the couple without an income, and putting the actual adoption of Trina in jeopardy. Roger goes to plead his case in front of a judge, and this, friends and neighbors, is where Grant earned his Oscar nomination. His speech is impassioned, and it’s Grant’s best bit of acting in this film by a long road.

Anyway, we doodley-doodley-doop a few years into the future and Trina is in the Christmas pageant at school. Cute scene. Jump forward another year and Trina’s not in the next Christmas pageant because she’s fucking dead from a sudden illness. And this is why Roger and Julie are splitting up. Roger in particular doesn’t want anything in his life that reminds him of Trina. At the end of the film, we move entirely into the present and Roger is preparing to take Julie to her train when the phone rings. It’s Miss Oliver who has another child for them—one who matches their original desire of a two-year-old, blue-eyed, curly-haired, dimple-chinned boy, and hooray, the marriage is saved, because evidently children are easily replaceable.

And therein lies the problem. Penny Serenade is a perfectly acceptable family melodrama, filled with realistic ups and downs, but presenting a pretty good story until the very end, when it completely loses the plot and presents one of the most horrifying takes on family and children I’ve seen in a long time.

One of the only things that saves the film at all, beyond the solid and serviceable performances of Grant and Dunne is the presence of Edgar Buchanan, who is absolutely the best thing in the film. But this went from a mildly pleasant slice of family life to a horror show on the turn of a dime. If I handed out ratings, this would have cut my rating in half.

Why to watch Penny Serenade: A good cast and a scene-stealing performance from Edgar Buchanan.
Why not to watch: The ending is completely wretched.